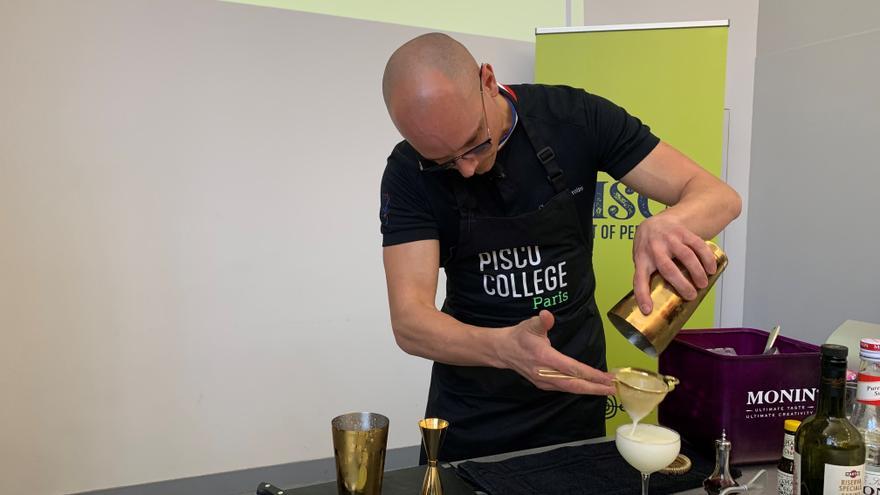 Paris, Mar 29 (EFE) .- Peru inaugurated this Monday the Pisco College Paris, the second training center in Europe for the promotion of this brandy, declared a National Cultural Heritage and which has the recognition and protection of the European Union (EU ).

The aim of this new school is for hospitality and restaurant professionals in Paris “to be able to learn about the attributes of pisco, a drink that dates back more than 400 years,” the director of the Commercial Office of Peru explained to Efe. France (PromPerú), Rosario Pajuelo.

It also seeks that professionals know the possibilities of pisco in cocktails, among which the famous “pisco sour” stands out.

PromPerú has planned several training sessions aimed at the professional public (directors of purchases of beverages, waiters and juries of international competitions) and “to anyone interested in a very high quality drink,” he declared.

This grape distillate, with eight types of strains (four aromatic and four non-aromatic), gives rise to “a product that involves a whole tradition, and that reminds our country and all Peruvian foods,” said Pajuelo in the first class from Pisco College Paris.

Peru produces seven million liters of pisco per year, of which it exports 21%.

The United States is the world’s leading importing country and France and Spain are the main European clients, explained Pajuelo, who highlighted the “great interest” in learning about this aromatic distillate, “which is the spirit of Peru.”

He also highlighted the importance of presenting in “the cradle of world gastronomy, which is Paris”, a new version of Pisco College, after the opening in 2019 of the first European center, in Brussels.

With the creation of this new school in Paris, in collaboration with the Association of Waiters of France, Peru is committed to promoting this drink now that its gastronomy is experiencing an international boom.

The presentation of Pisco College Paris took place at the Jean Drouant School of Hospitality, under the anticovid protocol, and brought together about twenty attendees, although PromPerú in France intends to carry out activities in other regions of the country.

Since 2018, the Peruvian city of Pisco has been twinned with the French city of Cognac, where this other drink made by distilling the product of the vine is produced.