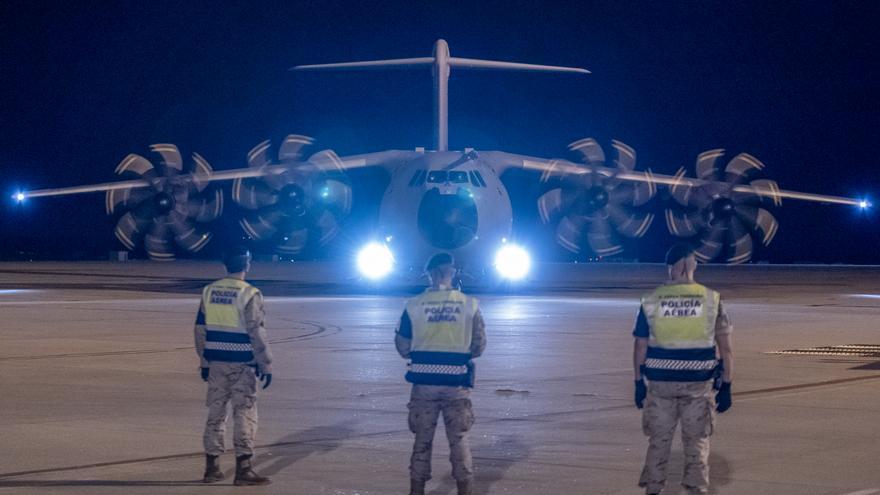 The second flight with 160 Afghan collaborators and their families from Islamabad (Pakistan) landed this Tuesday in the late afternoon at the Torrejón de Ardoz Air Base (Madrid), as reported by the Ministry of Defense.

A first flight with more than 80 Afghan collaborators and their families landed this Monday in the same place at around 9:00 p.m. also from the capital of Pakistan.

His arrival in Spain is part of the efforts made by the Government to continue removing from Afghanistan people who collaborated with the Army or AECID during the last two decades after the end of the first phase of evacuation due to closure of Kabul airport.

The Defense Minister on Tuesday praised the role of the Armed Forces in the arrival of more than 200 Afghans in Spain. "We always said that we were not going to leave behind those who collaborated with us," Robles recalled in an interview in RNE collected by Europa Press, in which he assured that "the role of the Armed Forces is always committed and generous and Spain it has a commitment to peace, rights and freedoms, even if it is far away. "

The head of Defense has expressed her emotion at the reunion of families who in August were left departed because they could not reach the Kabul airport and who yesterday were able to see each other again and wish to remain in Spain. "These families are very grateful and want to stay because for them Spain is a benchmark of rights and freedoms, especially for women and girls," said the minister.

The more than 230 Afghans who have arrived in Spain in the last hours have left their country by land bound for Pakistan, where the Spanish Embassy has taken care of them, in addition to verifying their identities and completing all the necessary documentation for their transfer. .

As was the case with the evacuees in August, the evacuated Afghans will be temporarily welcomed at the Torrejón base, where the entire process of processing their reception and asylum will take place, to then be transferred to state centers throughout Spain. sources from the Ministry of Inclusion have confirmed to Europa Press.