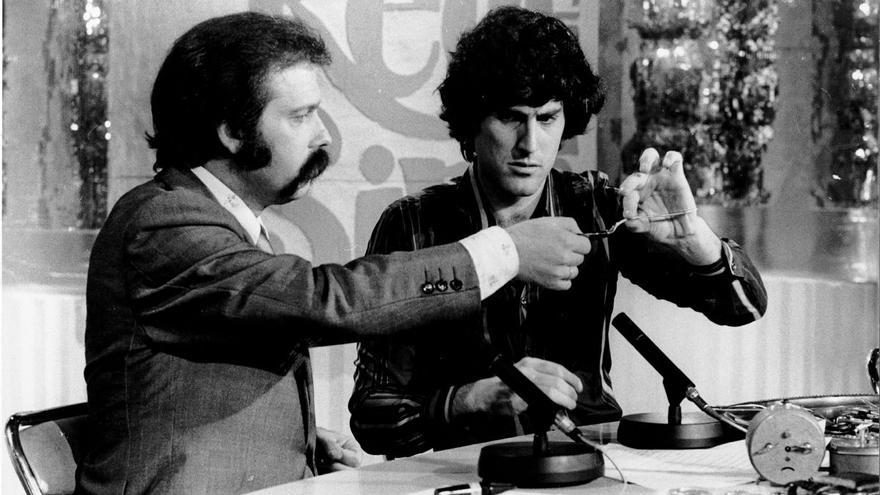 The TSJ revokes a sentence of January 2021 that blamed the public entity for the cancer that killed the presenter. There will be recourse to the Supreme Court, being the first time in Spain that asbestos due to indirect exposure reaches the high court.

The workers of Study 1 of TVE (Prado del Rey) saw that “dust” fall from the ceiling on a daily basis. Camera operators, electricians, decorators … and José María Íñigo, the presenter of Estudio Abierto. It was the most watched program of all those recorded on that set. The cameras that filmed it were constantly covered by a kind of dander that fell from the ceiling. The presenter remembered him before he died of a cancer called mesothelioma, caused by his exposure to asbestos. Or that was, at least, what the Social Court number 2 of Madrid sentenced in January 2021.

Now, the Superior Court of Justice of Madrid has revoked that sentence and has concluded that the disease that killed José María Íñigo is not causally related to the exposure to asbestos to which he was subjected during the more than 15 years that the presenter worked. in the environment of that study of 1,200 square meters and covered almost entirely with asbestos, by way of acoustic insulation. The ceiling was covered with this material and it was not until the early 1980s that the public entity began to take measures, such as placing a false ceiling to prevent these fibers from falling onto the set, or beginning the process of removing all the asbestos.

José María Íñigo was diagnosed pleural mesothelioma in 2015. There began a legal battle to show that this ailment was caused by asbestos to which he had been exposed during his long career on Spanish Television. The sentence of last January recognized the responsibility of the asbestos and compensated his family with 100,000 euros, in addition to modifying up his widow’s pension. Now, neither of those two compensations will be given.

His defense has expressed his indignation to this newspaper, because the previous sentence stated that asbestos is a friable material that gives off fibers in the environment due to the vibrations caused by performances, applause or shouts from the public. What’s more: according to an expert, this dust was released “because the flocking of the ceiling was weakened, increasing the release of the fibers when clapping, loud sounds were emitted and even when the ventilation system was activated., because when it was dislocated, thousands of particles were found in these systems“. So what Prolonged exposure to these fibers puts all workers present and to the attending public.

But now, the judgment of the Supreme Court says that the relationship by chance is not proven, pointing out that for it to occur, the presenter would have had to have direct exposure to asbestos. They take for granted that “the ovations, the ring, applause, music, caused vibrations in the structure of the set and a crystalline dust fell on the camerass “, but they consider that only direct exposure to the material would ensure that this cancer was derived from it. Furthermore, they point out that the fact that José María Íñigo’s father had worked in a tire factory could have influenced the presenter suffered that cancer.

From Íñigo’s defense, they claim that “as Dr. Sanz Anquela demonstrated, it is scientifically proven that for mesothelioma direct exposure to asbestos is not necessary, that is, there does not have to be manipulation by the worker, otherwise it is not necessary would explain, for example, cases of environmental exposure, such as the cases of those widows from Cerdanyola del Vallés who they washed the clothes of their husbands, workers of the Uralita company and they were also affected. “

But perhaps what has most attracted the attention of Íñigo’s environment is that this latest sentence recognizes that “mesothelioma is a rare cancer. 90% is caused by exposure to asbestos while the remaining 10% is caused by other causes.” That is to say, they embrace that 10% and not 90% percentage, to determine that asbestos was not the cause. As it has not been proven that it has been the cause in all the cases, they rule that it is not related.

Peiró, in this regard, recalls that “if your case falls within the 10% to which you refer, there would also have to be other conditions (genetic predisposition, ionizing radiation & mldr;) that should have been proven, but in this case not they gave”. And he continues to charge against the sentence in the matter of the presenter’s father’s trade, recalling that “he was working in a tire factory, but because of his job he was never exposed to asbestos.”

José María Íñigo began working in that studio in March 1975, where he even had an office. Not only was he there for the 240 minute weekly shoot; he also stayed there daily to attend and supervise rehearsals. The ruling says, however, that at that time there were many spaces and objects with asbestos in Spain, not only in that study. And that at the beginning of the 80s (it does not specify when) a flysheet was installed to stop the asbestos fibers from falling. Thus he despises the first years in which those fibers fell daily on the set.

This case, according to lawyer Andrea Peiró, “It is a very dangerous precedent. There are many workers in Spain who have been victims of cancer caused by exposure to asbestos. It would be impossible to determine how many, but many. It is more than proven that for asbestos to cause cancer, direct contact with the material is not necessary, as the sentence says. “However, the room welcomes the fact that” in TVE there have been three cases of occupational disease derived from asbestos , one being an electrician, another a bricklayer and another special effects technician. Workers whose activity is easier than it would have involved handling materials with asbestos. ”