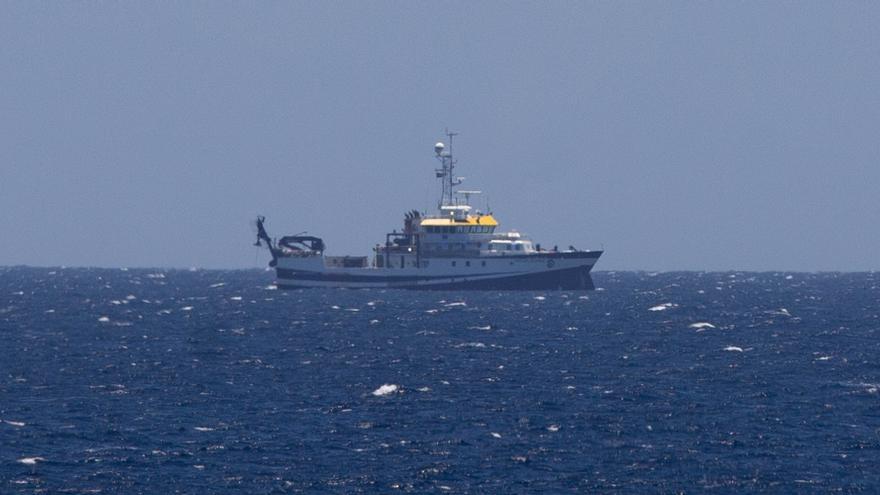 Based on the information that has emerged, after obtaining the authorization of the head of the Court of First Instance and Instruction number 2 of Güímar, an analysis of the depths was scheduled before the capital of Tenerife over ten days. In other words, this task for locating elements that allow us to know what happened to the little ones is carried out intensively, with teams of various crew members and researchers in total who take turns every eight hours.

It should be remembered that the ship Ángeles Alvariño docked last Saturday at 5:30 p.m. in the South Dock of the Port of Santa Cruz de Tenerife. After a meeting between Civil Guard investigators and those responsible for the boat and the technological equipment with which this complex work is carried out, the boat set sail at 2:00 p.m. on Sunday. The side scan sonar scan is expected to last until Tuesday next week.

The boat makes journeys of approximately seven kilometers in lines parallel to the coast and with each other in front of the capital of Tenerife. The choice of this strip is made based on the indications given by the Armed Institute agents about the positioning of Tomás Gimeno’s mobile when he made the last calls and sent messages to the girls’ mother, family and friends.

Researchers from the Central Operational Unit (UCO) who arrived from Madrid dealt with the duplicate card of the terminal of Olivia and Anna’s father, as well as determining the points from which they made their communications.

The ship of the Spanish Institute of Oceanography is equipped with a dynamic positioning system to carry out the analysis of the bottoms and check if there are any anomalous objects on the seabed. It also has a powerful engine and a ramp at the stern for the introduction into the water and extraction of the Liropus robot, which is valued at 1.5 million euros.

The president of the entity SOSDesaparecidos at the national level, Joaquín Amills, told this Monday an alleged episode starring the father of the disappeared girls that occurred about 13 years ago and that, apparently, contributes to knowing the way of being of Tomás Gimeno and his Proceed to achieve your goals. As explained by Joaquín Amills, based on what the mother of the minors has told him, the father caused the burning of a vehicle of his property in order to collect the money from the insurance company.

Amills explained that the tourism affected by the flames was a yellow Fiat Stilo and the events occurred in 2008. However, the spokesperson for the NGO dedicated to supporting the families of the disappeared, has no record of that fact. Gimeno was denounced and brought before the Administration of Justice, since, if that was the case, he could have incurred in a crime of insurance fraud.

Tags: 24, girls, tenerife, tracking, will do