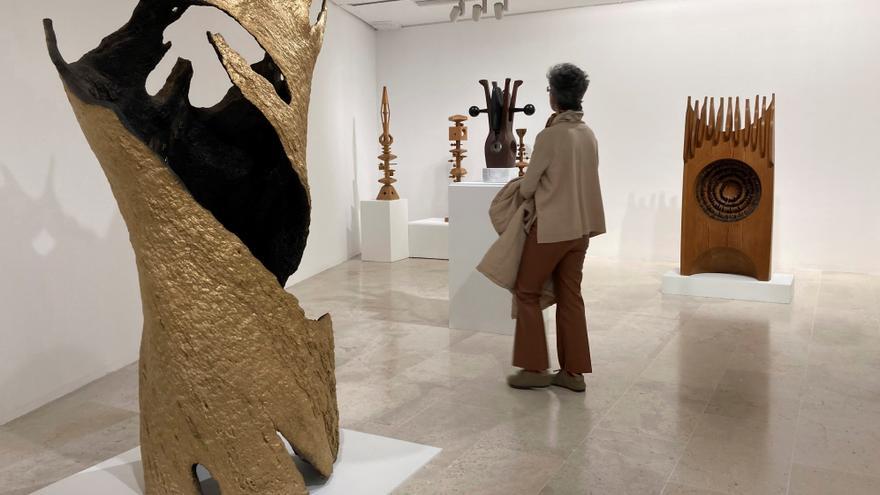 Zamora, Mar 13 (EFE) .- The sculptor José Luis Alonso Coomonte shows his vitality and artistic versatility in “Reto y materia”, an exhibition that he presents at the age of 88 at the Ethnographic Museum of Castilla y León, the Mecyl, based in Zamora, in which he selects 33 of his works.

The exhibition, which can be seen until June 6, includes very personal pieces that reflect the originality of his artistic proposals and the variety of materials with which an internationally recognized sculptor has worked since he won the Biennale of Sacred Art of Salzburg (Austria).

Coomonte, who despite his age maintains full faculties, has confessed at the opening of the exhibition that when he was proposed this exhibition with which the Mecyl pays tribute to one of the great sculptors of the Community, he was not in favor of doing it because he already accumulates a neat exhibition career.

Despite this, he agreed to conceive it not as a way of showing his work to others, but in a “selfish” way as a way to rediscover some of his pieces himself after not seeing them exhibited for a long time.

In fact, the exhibition includes works made over half a century, from the year 1955, from which the oldest dates back to 2006, when the last of those collected in “Reto y materia” concluded.

The exhibition reveals an infinite Coomonte because “infinite are the possibilities offered by the materials”, as highlighted by the scholar of his work, Javier Martín Denis.

The Benaventano sculptor transforms and adapts materials such as plaster, iron, bronze, wood, aluminum, stone, blown glass, paper or polyester resin to give them artistic meaning.

The director of the Mecyl, Pepe Calvo, has trusted that the exhibition will serve as an incentive for the public to return to the Ethnographic Museum of Castilla y León after its reopening, after a mandatory closure time due to the third wave of the pandemic.

Calvo has underlined the “tremendous versatility” that Coomonte has with materials and the poetic gaze of a child that the author maintains at 88 years of age.

Born in the Zamora town of Benavente in 1932, Coomonte studied at the San Fernando Academy of Fine Arts in Madrid in the early 1950s and throughout his career he has alternated urban sculpture with forging, wood and religious work. .

Coomonte is one of the most awarded contemporary sculptors and his work is especially significant in Zamora, where it can be seen in stained glass windows, Easter parades, urban sculptures and even in an emblematic lamppost in the Plaza de la Marina, in the downtown area. from the city.