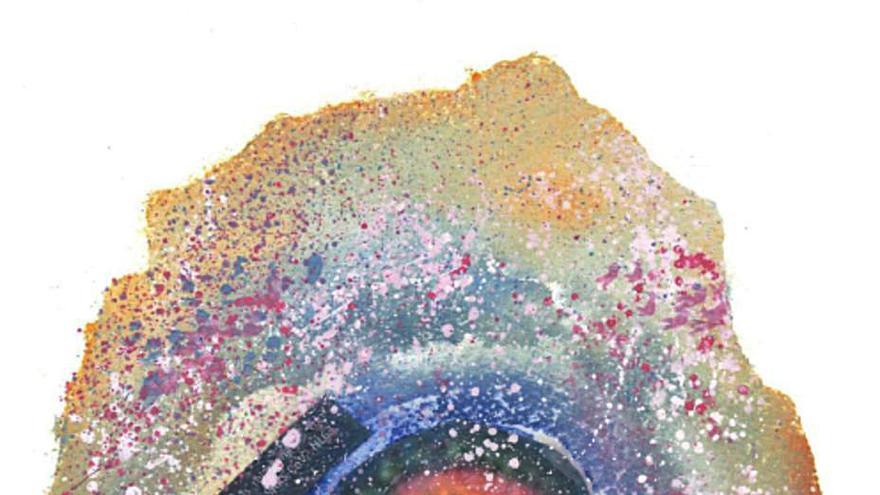 In early January 2020, the Chinese government reported an outbreak of pneumonia caused by a new coronavirus. Four coronaviruses responsible for most common colds, and two other causes of epidemics, were already known in 2002-2003, SARS-CoV and in 2012, MERS, which still persists. Following the practices of the WHO, the disease was named covid-19, and the virus SARS-CoV-2 (or covid). The scientific community has worked to decipher it and there are thousands of works on dozens of platforms that collect the results. The data shown in the figures (the collages that illustrate these pages) were those known at the time of their realization -the date of their invoice appears in parentheses at the bottom of the image- in a plastic assembly that may be subjective.

SARS viruses are zoonotic, reservoir bats and require an intermediate host to pass to man. Everything indicates that the host is the pangolin, which is hunted and sold clandestinely, being an infected and exposed specimen in a Wuhan market the one that triggered the covid-19 pandemic.

Virions, infectious complete viral particles, measure between 50-200 nm in diameter, so they can only be seen with an electron microscope (Figure 1). They are shapes from which spicules protrude that give them the appearance of a solar corona. In the figure, a helical structure in red emerges from the larger virion that represents genomic RNA and is described in the lower text. The image of the virion is repeated on the left side of Figure 2, while its components appear on the right. The envelope is the outer layer and comes from the cell membrane in which the virus was generated and its main function is to help it enter cells. Glycoproteins that form the crown appear on the outside of the lipid bilayer and the internal part is the nucleocapsid, formed by the viral genome covered by the N protein, which stabilizes it. The four structural proteins (S, E, M and N) are characteristic of coronaviruses.

The SARS-CoV-2 genome is single-stranded RNA about 30,000 nucleotides long (the largest of the RNA viruses) that encodes at least 29 proteins. The components of the viral genome are shown in Figure 3, in the upper part of which appear the four nitrogenous bases, which together with the ribose sugar and a phosphate group form the nucleotides. RNA is a nucleotide polymer that codes for all viral proteins. The order in which the genes are and the sequence of the proteins they encode appears in the central part of the figure.

Viruses are incapable of multiplying by themselves, they need cells that provide them with the functions they lack; As a consequence, they cause alterations in the tissues that translate into diseases. The complex replicative cycle of SARS-CoV-2 follows the pattern of enveloped viruses (Figure 4). The first step is fixation or adsorption, in which the ‘S’ protein plays a predominant role, which associates in homotrimers to spike forms. These recognize the angiotensin converting enzyme 2 (ACE2) on the cell surface and adapt like a key to its lock, promoting the binding of the virus to the cell and causing alterations in the regulation of inflammation and blood pressure in the cells. that ACE2 plays a fundamental role. The activation of protein S is mediated by a protease (TMPRSS2) favoring fusion. A relevant fact is this ‘S’ protein has 12 nucleotides more than the S proteins of other coronaviruses, which create a cut-off point for the purine enzyme present in all human cells, which explains its high transmissibility and virulence. The next step is the penetration or entry of the virus into the cell, which is carried out by endocytosis or by fusion. In the first, endosomes (vesicles of the cell membrane that carry the virus inside) are formed. In the second, a cellular protease cuts the spicules, the membranes fuse, and only the nucleocapside enters.

Once in the cell cytoplasm, the viral RNA is released, which binds to ribosomes and is translated into polyproteins, which will be cut by a viral protease, generating the structural proteins and those responsible for the replication of the virus. In this way, the cell cytoplasm is filled with genomes and viral proteins, which by different mechanisms use the cellular machinery to process and assemble themselves, forming the new virus. The new viruses do not kill the cell, they are released by exocytosis, so that their membranes come from the cell membrane in which they have previously incorporated the viral proteins.

Inside cells, each viral particle can make up to 100,000 copies in 24 hours, which can go out in secretions (sputum, droplets when coughing, sneezing or talking), infect healthy people and deposit on materials around us.

Virions outside the body behave like inert particles that can remain active for hours, the time varies depending on the material. These materials can pass into our hands, and when we touch our face, infect the mucous membranes of the throat, nose, and eyes, infecting them. Virions are self-assembled nanoparticles in which the weakest link is the lipid bilayer relatively sensitive to desiccation and heat. Water alone is not very effective in eradicating them from our hands, alcohol-based products work better, but they are less effective than soap and detergents. When faced with a soapy solution, viruses, like dirt, detach from the skin and fall with the water. Sodium hypochlorite (bleach) and hydrogen peroxide (hydrogen peroxide) induce oxidation of surface proteins, and also disrupt the lipid bilayer.

The immune system (IS) is a complex and highly refined biological machinery made up of billions of cells specialized in locating and destroying pathogens, foreign substances, and cancer cells. Covid-19 disease begins in the lungs, and when the viruses come into contact with the respiratory mucosa, a fight between the virus and the SI begins. In this fight, the first line of defense is interferons, proteins produced by infected cells that warn of danger (Fig 4-5). SARS-CoV-2 blocks genes related to interferon production and activates those that produce chemokines that induce the presence of macrophages and inflammation. This fact could be related to the higher frequency of severe cases in patients with weak SI. The infection also affects endothelial cells with formation of thrombi. Although inflammation and coagulation are essential defense mechanisms, their hyperactivation can cause irreversible damage. During the fight, the SI activates the humoral immunity, (antibodies that bind to the virus and prevent it from infecting cells from day 5) and cellular (white blood cells that discover infected cells and kill them). As a consequence, the virus does not cause damage (asymptomatic infection) or very little (mild symptoms). But if we are attacked by many viruses or the person has little immune response capacity, chaos can occur because the IS “runs amok”. In fact, most of the damage produced is not due to the virus, but to the SI that sends its cells to invade the infected tissue and cause massive damage. It takes 15-21 days for a viral particle to generate an immune response.

Although different effective antivirals have been tested against other viruses, currently there is no pharmacological treatment against SARS-CoV-2, but alternatives such as treatment with monoclonal antibodies and plasma from recovered patients containing the antibodies generated by the patient are still being tested. .

The hopeful eye is on the dozens of vaccines in various phases of clinical trials. To date, we have three candidates for the next application that carry the protein S gene. The massive application of vaccines in the developed world is approaching, which could be interpreted as the beginning of the end of the covid-19 pandemic.