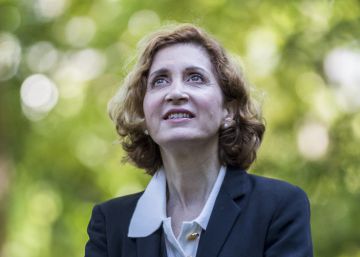 This is a useless article, because rational people do not need it, and the rest will not read it, or if they read it they will not believe it. If scientific journalists, or journalists in general, have a religion, it is that information will set you free: it will dissipate your prejudices until they are replaced by true wisdom, it will prevent you from being buried under layers of deception and malice and, most important of all , will teach you to think with sufficient clarity and the necessary suspicion. It is a beautiful idea, but that, at least for scientific journalism, does not match the data. Learn in Matter that there is a science about pseudoscience, an empirical investigation about the way in which deception and fable spread at the expense of reason. And that research is shaking our journalistic religion. It is what science has, which always ends up destroying beliefs.

The people who most use and defend pseudosciences, including pseudotherapies, do not fit the stereotype of the ignorant

The people who most use and defend pseudosciences, including pseudotherapies, do not fit the stereotype of the ignorant. They are rather middle class or more than middle class people, usually with university studies and often with a progressive profile. There are collegiate doctors who are dedicated to prescribing homeopathy and, as we know in Spain, universities willing to offer courses and masters on pseudotherapies. The enlightened France has been for decades the true delay for Brussels and Strasbourg to regulate homeopathy based on scientific evidence, and not on the commercial interests of the multinational Boiron gala, a true street vendor of bottle irrationality. No, that people have studies and information does not seem to be the key to avoiding their confusion. There are other more promising factors.

The media usually carry all the inventive, in the eternal return of one of the most viral chascarrillos of our time. But reality does not agree with the bull in this chapter either. While quality media is increasingly skeptical about miraculous remedies, the viral focus should be located rather in the social and family environment, in the political environment, religious pressure and education in school. There is a very curious fact obtained among the students: the most skeptical of pseudosciences are those of medicine and journalism; the most credulous are those of nursing and teaching. No one knows what this is because, both groups are informed people and they are studying at university. It would be interesting to deepen it, and perhaps also important, because the cognitive biases of a teaching student can be propagated to the following generations in an obvious way: in natural science class.

Finally we have the question of networks. A lot of people prefer to get informed by YouTube rather than quality newspapers. On YouTube there are hundreds and thousands of well-documented, interesting and valuable videos for education and continuing education. True. But then there are millions of pure toxic and deceptive garbage. Most of these, by the way, end up going to a website that markets a product without sanitary guarantees or scientific evidence to support it. Anyway, if the reader has come here, it is obvious that he did not need this article. And those who need it are watching YouTube videos right now. I already told you: a useless article.

THE SCIENCE OF THE WEEK It is a space in which Javier Sampedro Analyze scientific news. Subscribe to the newsletter of Matter and you will receive it every Saturday in your mail, along with a selection of our best news of the week.