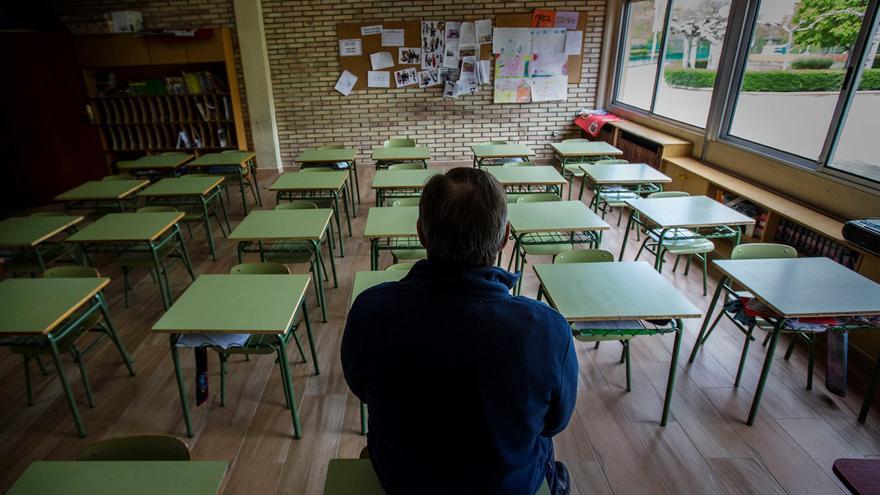 Two weeks ago, classrooms reopened in various states in Germany. Others followed later and the rest will be done in the first days of September. While the debate continues in Spain about whether it is desirable for each region to have its own regulations, there has been no doubt. Each federal state has the powers on education and sets its own standards, which does not necessarily mean that they are totally different in the 16 länder. Sometimes the rules are different within each land attending to local circumstances. For example, in the most populated, North Rhine-Westphalia, masks are compulsory in the classroom from the fifth grade. In other states, they are only in the hallways and when entering class. The national conference of ministers of Education has already established that the general principles agreed upon are recommendations, not orders, because they must be carried out “according to the characteristics of specific local conditions.”

In Spain, the opposition, which governs several Autonomous Communities, has decided that the central government should make all the decisions to cover the backs of the regional authorities. “There cannot be 17 different returns to school in Spain,” said Pablo Casado, despite the fact that the incidence of the coronavirus is not uniform throughout the country. The Madrid Minister of Health, of the PP, has already said that he does not believe possible a return to school one hundred percent face-to-face: “In a scenario of growing cases and with the number of infected we have, I would not consider a one hundred start for one hundrerd”.

According to the WHO, it can be safe if local transmission of the virus it is low. That does not happen in several communities in Spain, including Madrid.

“No one can understand that in Malaga they go back to school and in Valladolid, no. That in Barcelona, ​​if there are cases in a school, they act in one way and in Madrid in the opposite way, “commented Inés Arrimadas, who insists that this does not mean skipping the regional powers (she does not say how). It is easy to understand that The reopening of schools depends on many variables, but above all on the number of teachers.The central government cannot legally force the autonomous communities to hire a certain number of teachers, although it does have ways of pressuring them to do so.

Criticisms of German teachers to their governments in recent weeks are similar to those that have been heard in Spain. They believe that they are unloading the responsibility of the reopening on some teachers who are already at the limit. “There is always a meeting of governors with Angela Merkel on Wednesdays and the Ministers of Education reach an agreement on Thursdays. The email from the ministries does not reach the schools until Saturday, and then we are supposed to have everything up and running on Thursday. Monday, “a Bonn professor told Der Spiegel.

And it’s not that there’s a shortage of instructions. That media cites the case of a school in the city of Pasewalk that had received 85 reports with recommendations at the end of July.

There is a general belief that schools cannot be closed for much longer. The damage to the education of children and adolescents can be irreversible or even to their mental well-being. “We cannot have our children without studying. We cannot mortgage the competitiveness of our promotions of children. We cannot make that two classes of our children do not have an education with the same level of quality as any other,” said Fernando Simón this week . The warning is even clearer in relation to families without sufficient computer resources or space at home to continue with online classes.

If we wait for science to offer the answers necessary to make going back to school one hundred percent safe, we are not going to find that peace of mind. A study in South Korea a few months ago concluded that children under the age of 10 had a lower contagion capacity. Subsequent studies have denied it. A very recent one, originated in Massachusetts, maintains that infected children have a viral load, and therefore contagion potential, similar to that of adults, although their symptoms are less serious.

Some governments have already announced their plans in Spain with greater or lesser specificity. The one from the Valencian Community has promised spend 200 million euros to increase the number of teachers. Others like Andalusia and Navarre they also commit to hiring more teachers. The Ministers of Education and Health will meet with the regional councilors next week and it will be then when the measures that will make the opening of the schools possible are specified. “Today families in Spain they are full of doubts regarding going back to school. We, the governments, are obliged to grant certainties “, said the president of Extremadura, Guillermo Fernández Vara.

When the number of infected has not stopped increasing Day after day this week, if there is something that nobody is in a position to offer at this moment, it is certainties.

41 out of 825 Berlin schools have already reported coronavirus cases among your students or teachers. Hundreds of them have had to be isolated in their homes for having been in contact with infected. This is in a country where the number of new cases is increasing (the latest daily data is 1,426), but well below what is happening in Spain (3,650, on Friday).

When that happens in Spain, we will see how long it takes governments to blame each other. That is a certainty that we can be clear about.