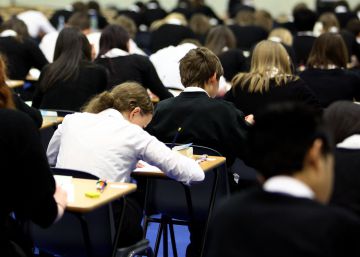 Controlling student attendance in schools and institutes is one of the priorities of schools. Compared to traditional attendance lists, there are schools that already experiment with technology to keep track of it. But not everything goes when it comes to using new tools. A high school in northern Sweden has been fined 200,000 Swedish crowns – about 18,500 euros – for conducting a pilot test with cameras with facial recognition to monitor 22 students in a class at the center, according to reports the European Data Protection Committee.

The test was conducted for three weeks in a center in the town of Skellefteå. Although the students had given their consent, the Swedish Data Protection Agency (DPA) has concluded that this pilot project violates several articles of the European data protection regulation (GDPR). The agency indicates that consent is not a legal route in this case because “there is a clear imbalance between the owners of the data and who controls this information now” and because the students are in a situation of dependence regarding the direction of the center .

In Sweden, public authorities can receive a maximum fine of 10 million Swedish kronor – approximately 1 million euros. This is the first fine in relation to the GDPR issued by the Swedish Data Protection Agency, which argues that the school has processed sensitive biometric data illegally and has not conducted an adequate impact assessment. The center, according to the DPA, should have previously consulted with the agency if it could carry out the project.

In Europe, the General Data Protection Regulation (GDPR) provides special protection for biometric data. It is generally prohibited that biometric data can be processed, although there are some exceptions in which facial recognition systems can be used. For example, when used by law enforcement agencies in the prosecution of crimes and terrorists at international level or when the affected party has given consent and treatment pursues a lawful purpose.

Sweden is not the only country in which this technology has been used in educational centers. While some European centers consider its use, several schools in China also have facial recognition systems at their doors to control student attendance. And they go much further. They wear smart uniforms in order to combat truancy, according to the official newspaper Global times. The garment allows teachers to detect the location of students or activate an alarm when a student falls asleep in class.

Sweden is not the only country in which this technology has been used in educational centers. While some European centers consider its use, several schools in China also have facial recognition systems at their doors to control student attendance

In the United States the school district of the city of Lockport, in New York, has begun to implement a facial recognition system, according to The Guardian In this case, this technology is used to ensure safety in the center. The probability of being shot dead in the United States is 24 times greater than in Spain and 100 times greater than in Japan.

Since the beginning of the 21st century there have been more than 200 shootings in institutes and schools elementary and middle school in the United States to which more than 200,000 students have been exposed, according information collected by the newspaper The Washington Post And for this newspaper. The last system mentioned is designed to detect the faces of people expelled or suspended from Lockport schools, sex offenders or others who may pose a threat to the center.