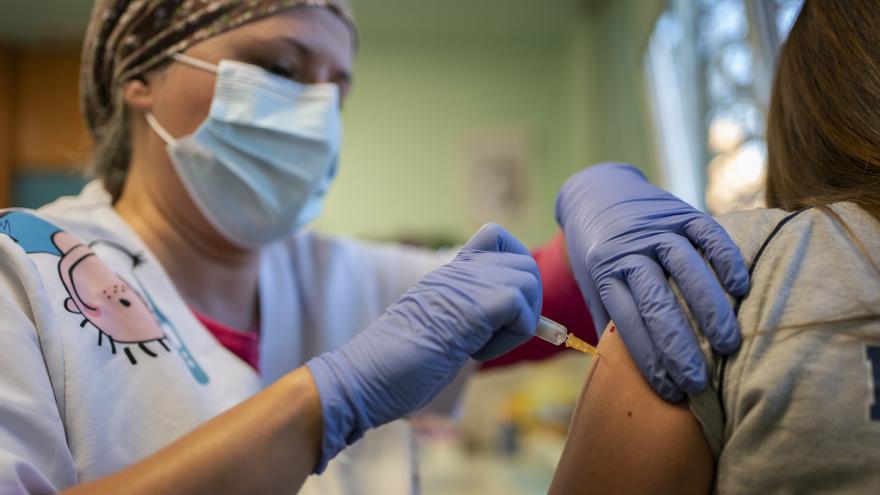 The saturation suffered by Primary Care supposes an added risk to the control of the pandemic: positive cases of the sixth wave of COVID-19 in Spain may be being left out of health control, going under the radar due to the difficulty of access to the network from community medicine, overloaded and underfunded, as reiterated by health workers.

"I was infected on December 10 and I was able to contact the health center on the 15th. They have made an appointment for me for an antigen test for December 20," explains Juan, a 33-year-old from Madrid. At least ten days will have passed since he contacted the virus "in a meeting to which we all went with a negative previous test." Juan's tenacity, who has developed symptoms, has been what will allow his positive to have the opportunity to be counted. "If I test positive for antigens, they will do a PCR on me, they say."

The current wave of infections is advancing at full speed. On December 15 alone, more than 17,000 cases were recorded. Three times the figure from just a year ago. This volume is overloading, even more, a Primary Care system (which supports a large part of the management of the pandemic) that has already been taken with a grain of salt.

The difficulty in being treated is what creates the risk that a case may go unnoticed. "With this increase in incidence, the services that provide COVID care are suffering especially," explains Amaia Mayor, from the SATSE nursing union in Euskadi. "First the tracking, since at the beginning of October services were dismantled and with this 'resizing', as they have called it, it went from 300 to 50 professionals, who have now found themselves with a very significant volume of calls".

In the Basque Country, the cumulative incidence is more than 1,000 cases (more than double the national average). It is true that many tests are being carried out there, some 3,000 per 100,000 inhabitants, which is well above the Spanish average of 2,100. The positivity is 15.9%.

However, Mayor places the focus of danger with this barrage of infections in the Primary network: "They have been joined by the management of cases, contacts and follow-up of positives with the vaccination of children and, above all, the public is angry about you wait for them. The outlook is bad and the health personnel are very tired, "he concludes.

"The sixth wave is filling the waiting rooms of health centers and the COVID management units are underfunded, overflowing and overloaded," explains Mar Noguerol, director of a health center in Fuenlabrada (Madrid). "The positives that we cannot detect because we cannot cope are left out," he insists.

In the Community of Madrid, the incidence is around 390 cases, below the average for Spain. Fewer tests are also being done than the average: 1,800 per 100,000 residents. The positivity is 8%. Many testimonies narrate these days authentic odysseys to achieve contact with health centers. In many cases, both the confirmation of infections previously diagnosed with a home pharmacy test and the tracking of those who have been the close contacts of a positive go through a kind of self-management due to the saturation of the system.

Patricia has little left to complete her self-isolation: Saturday marks ten days since her infection. He knows that he was infected because he tested positive in a pharmacy test, but it does not appear in the official records. After speaking with his health center in Madrid, where they told him they would contact him, he never again received a call to confirm his case with evidence. She insisted until a doctor clarified that "the pharmacy test is reliable." "Do the quarantine," he recommended, while justifying himself: "We are saturated."

Alexandra, despite having been with a positive last Friday the 10th, has not yet had an appointment with either her doctor or her nurse at the health center in a neighborhood of the city of Madrid. He decided to isolate himself and took a pharmacy test, but it was negative although it was "rare".

"I tried several times to contact the clinic, I called seven times, but it was impossible," he says. Asking his acquaintances, they told him that in the hospital emergency department they would do a PCR if he came, saying that he had been in close contact with a positive.

"I did it as a last resort and there in a matter of an hour they did the test, in six hours I had the result. Positive", says Alexandra. Given the confirmation of the diagnosis, the young woman has tried to request an appointment with her family doctor for follow-up, but the first free gap is next Wednesday, December 22, one day after finishing her isolation. "Everything looks like I'm going to end my confinement without having spoken to a doctor," he laments.

"It is very worrying," analyzes Concha Herranz, who runs a health center in the capital. Herranz fears that this circumstance will lead to the loss of cases and suspicions and make it difficult to track infections. And he asks that "the contacts and symptoms be isolated, even if they do not manage to access the system. It is our turn to ask for personal responsibility without placing institutional responsibility."

"It is true that we have more overload with this sixth wave", admits Jaume Sellarès, Primary doctor in Barcelona. "There are more cases, more contacts, more tests to carry out ... a couple of weeks ago we were doing 15 or 20 PCRs a day and now we are going for 100 or 150 a day." But he believes that, thanks to this effort, "the incidence is not being underestimated." In Catalonia there are around 480 cases per 100,000 inhabitants, according to Health reports. Its testing rate is high: 3,300 tests with a positivity of 10.9%.

"I do not think we are not detecting," agrees another Catalan Primary health care. "We are full and we have a significant proportion of positives," he analyzes to also add: "There is a lot of volume, people are consulting a lot even with mild symptoms and with the pharmacy test already done. I think there are a lot of nerves about it. theme of the arrival of Christmas ".

Sellarès says that "of course it shows that we are the same or less professional. And we have to prioritize to try not to lose anything important. It does not help that we have to deal with the bureaucracy, for example, the COVID passport." This complaint about the vaccination certificate also jumps in Madrid, according to the organization AP-Moves: "The queues for the COVID passport make it difficult for patients with other reasons to consult the health center to enter the health center."

The Society of Family Medicine in the Valencian Community explains that the high incidence is being noticed in the most affected localities. To try to prevent cases from being left out, they insist, "they work overtime every day to be able to respond to the testing and tracking needs." And they repeat the problem posed for this "that part of the staff has been assigned to vaccinate the flu and schoolchildren."

Just over a month ago, the scientific societies, unions and associations of Primary Care at the national level they warned that "The saturation of health centers due to excess activity due to the pandemic" should not serve as an excuse for administrations "to limit access to health centers and health care by putting physical or functional barriers." And the current peak had not yet reached.