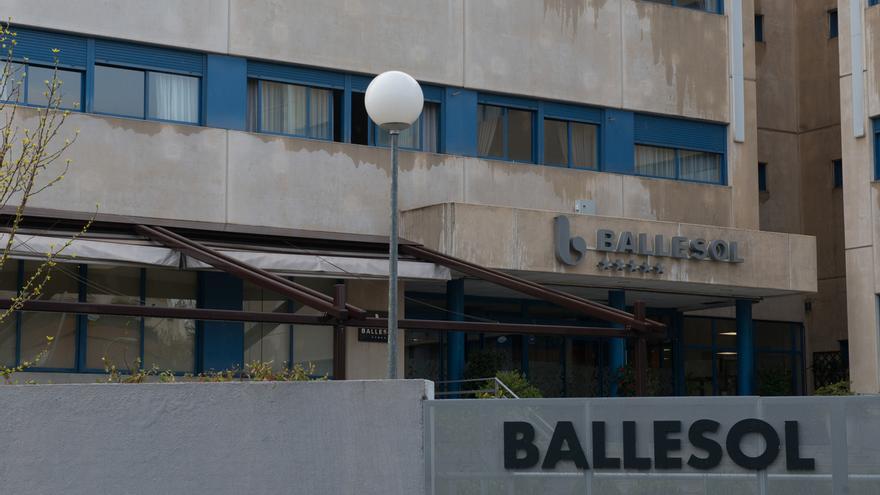 Several members of the Santalucía dome, two of them belonging to the families that control the insurer, have just left the board of directors of Ballesol, its subsidiary for nursing homes. According to Ballesol, it is “a habitual movement of advisers”, which has taken place in the midst of the offensive of complaints and criminal investigations into this sector after the coronavirus tragedy, with thousands of elderly people deceased in these centers.

On July 8, the dismissal of four directors of that subsidiary, Intercentros Ballesol SA, was registered in the Mercantile Registry, including two children from the two families that control 66.66% of Santalucía. Sources from the insurer’s council say that these dismissals have “nothing to do” with the investigations that the Prosecutor’s Office currently has on the sector. The same sources assure that these dismissals “do not obey anything special” and that it is a “habitual” process of renewal of charges.

Among the exits stands out that of Clotilde Álvarez, until now Vice President of Ballesol and representative of one of the families that control 33.3% of Santalucía. Director of Santalucía since last year and secretary of her council, Clotilde Álvarez has been a director of Ballesol since 2012. She is one of the daughters of Modesto Álvarez, former CEO of Santalucía and one of the largest fortunes in Spain, with an estimated net worth of 450 million according to Forbes, who in November placed him 59th in the ranking of wealthy Spaniards.

Carlos Álvarez Fernández, who has been a director of the insurer’s residence branch since 2015 and is the son of the current Santalucía president, Carlos Javier Álvarez Navarro, has also resigned from the board of Ballesol. The latter, in turn a cousin of Modesto Álvarez, is another of the great Spanish fortunes and the visible head of the branch that controls another 33.3% of Santalucía.

Those four vacancies have been filled with the appointments of two directors “who know the company perfectly and with which they have had an employment relationship for years,” says Ballesol. These are two executives from Santalucía who do not belong to the insurer’s board: its general director of Corporate and International Development, José Luis Ruiz Bellew, and Alejandro Pérez Lafuente Suárez, director of Corporate and Business Legal Advice.

There are currently more than a hundred investigations opened by the Prosecutor’s Office for deaths in residences during the coronavirus crisis. Two of the Ballesol centers in the Community of Madrid were included in the criminal complaint filed by the Marea Residencias platform in May and there is evidence of at least one complaint from the Patient Defender association for the management of a residence in Valladolid. Official sources from the Santalucía subsidiary indicate that the company has not received “any” complaint, but it has received “five requests for information, of which one has already been filed.”

Santalucía entered the capital of Ballesol in 2006 by buying 40% which has been increasing until reaching the current 75.5%. It currently manages more than 7,400 residential places, distributed in more than 50 Centers. In addition to Spain, where is the main operator of national capital, is present in Mexico, with a center, and is preparing to disembark in Colombia.

The company has not yet submitted its 2019 annual accounts to the Mercantile Registry. The ones it has recently posted on its Santalucía website reflect that the dividends that the insurer received last year from its residence subsidiary multiplied, exceeding 4 million euros. , compared to 1.5 million in 2018, after a 14% profit increase. To questions on this matter, Ballesol sources point out that “in no case” the dividend distribution “is or has never been greater than the result of the year.”

After the recent changes in the highest management body of Ballesol, José Ignacio Vivas, son of the founders of the group and in turn president of the Association of Service Companies for the Unit (AESTE), remains as the chief executive. A month ago, Vivas participated in the CEOE business forum As a representative of the sector to demand an increase in the public prices charged in the centers that have been awarded by the autonomous communities to achieve “more decent wages” for the staff of the residences.

“The intention, against what some may think, is not for companies to earn more money”, but to assure their workers of “stable and higher quality employment, which I believe they deserve because in these circumstances they have been on the front line “and” they are not paid as they should be, “he said. Vivas affirmed that it is still early to take stock of what happened in the residences after the coronavirus crisis. “There is no need to look for culprits” because “we have all done the best we have known. When issues happen, those of us who make decisions always make successes and mistakes, but it is very easy to comment especially from the outside on the situations that have been lived, really harsh. No country is prepared for a pandemic, neither its social services nor its health services. ”

Nursing homes are one of the economic sectors under the spotlight after the coronavirus crisis, which has also put funeral homes on the trigger. Santalucía is also very present in this business through its subsidiary Albia, which more than a year ago announced its merger with Funespaña, of Mapfre. The operation is being analyzed with a magnifying glass by the National Commission of Markets and Competition (CNMC) and takes months in the freezer, although Santalucía is confident that it will succeed this year. It will have 75% of the resulting company.