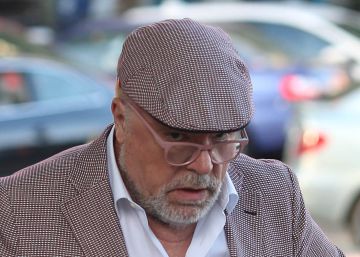 The head of the Central Court of Instruction number 6 of the National Court, Manuel García Castellón, investigates in a separate and secret piece the relations of José Manuel Villarejo with the construction company San José, which adds to the list of companies subject to the macrocause ‘ Tandem ‘for resorting to the’ services’ offered by the societies of the retired commissioner and in provisional prison.

As they have informed Europa Press in legal sources, the investigation of San José, part together with the Castellana Norte District (BBVA) in the project called Operation Chamartín, is followed in separate piece number 16 of the 25 that have been opened until the end of year, from the finding of documentation in the materials intervened to Villarejo upon his arrest in November 2017.

Together with the construction company, the contracts of the companies of Villarejo with BBVA (piece 9), Iberdrola (17), Mutua Madrileña (15), Repsol and Caixabank (21) and Group are also under investigation. Planeta (12) although the commissioner himself has been warning in his writings to the media and to the court that if this investigation that he considers “prospective” continues to progress, a good part of the Ibex 35 and the Spanish business fabric will be put “in the pillory” .

In this sense, in the National Court, Villarejo’s relations with Persán (project ‘Saving’, part 24), as well as with the real estate agency Procisa (piece 3), the law firm Herrero & Asociados (2) and the shipping company are also being investigated. Pérez & Cía (4) for works ranging from espionage to information poisoning about third parties to extortion, blackmail and influence peddling.

However, not only ‘business’ parcels are investigated to Villarejo, since Tandem has more ramifications: Those related to alleged criminal activities in the field of business – piece 13 deals with tax offenses – the ‘collateral’ – piece 19 investigates alleged extortion of Moncloa.com using the commissioner’s audios and the 20th pursues a millionaire laundering of Guinean citizens – and those perpetrated in the framework of his duties as commissioner revealed by the documentation he treasured.

An example of this is the piece ‘Kitchen’ (7) that investigates the alleged espionage of the former PP manager Luis Bárcenas to subtract compromising information from the PP, but their activities to discredit Podemos and their leader, Pablo Iglesias, are also on the table the leaking of the information stolen from the mobile phone of one of its advisors (10).

The alleged payment of bribes in the awarding of the AVE to Mecca, of which Villarejo knew by recording the former friend of King Emeritus Corinna Larssen (piece 5), the persecution of which businessman Javier Pérez Dolset would have been victim is being investigated and for which no charges have yet been filed (part 18), and the alleged extortion of a businessman from Marbella by a third party (part 8).

Precisely, as a ‘private’ commission, the aggression that is about to be tried in Madrid against Dr. Elisa Pinto and that at the National Court has been seen as an order of the businessman Javier López Madrid, who maintained a relationship, to Villarejo. In principle, the commission itself and the payment in part number 25 are investigated, aspects that were not instructed in the case for the physical aggression pending reporting.

Of the pieces that have been opening since the cause entered the National Court in November 2017, only one has been filed, number 11, regarding the revelation of secrets that Villarejo could have incurred in pointing out a series of officials of the CNI in a statement. Meanwhile, the one mentioned on the contracts of the AVE to Mecca was partially dismissed, only as far as what could be splashed to King Emeritus, given that on the dates on which the events took place, he enjoyed inviolability.

Thus, of the 25 pieces opened at the end of 2019, 24 are underway and 15 of them are still under secret. When last January the judge Manuel García Castellón assumed the case, ‘Tandem’ was articulated in 9 pieces of which two had been filed by order of the previous instructor, Diego De Egea. The Criminal Chamber of the National Court rectified that decision, as it had done in 2018 by ordering to reopen another of the lines that it had concluded.

A good part of the research lines initiated this year are still in an incipient phase, but there are several that have the instruction nearing completion and throughout 2020 they will be ready to be sent to trial. The commissioner is the only one of the dozens of investigators who already has the ‘Tandem’ case that remains in provisional prison, a situation that the National Court extended last November when it crossed the two-year barrier, among other reasons, for the amount of clues that continue to accumulate on him.