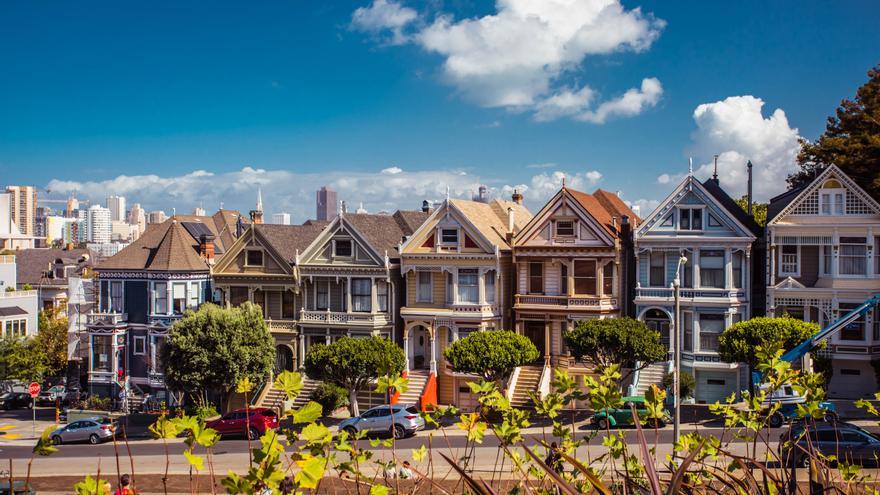 Catalunya has been for ten days the first Spanish community to limit the rental price by law. Pending publication in the Official Gazette, the law affects Barcelona and 59 municipalities in the metropolitan area, takes the price of the last contract as a reference and establishes that the new ones cannot exceed the Housing Agency index. This index is calculated with the deposits deposited.

Catalonia is ahead of the central government. In their coalition pact, PSOE and Unidas Podemos agreed to “stop the abusive rent increases” by creating a reference index (which has already taken its first steps) and empowering communities to do so. Pablo Iglesias said this week in Congress that the problem of housing in Spain is not squatting, but “the price of rents and speculation.” But the government has not yet approved the promised standard to control the first.

The regulation of rents is experiencing a kind of third wave at a global level, he summarizes a report from the Bank of Spain. There was a first wave in Europe and the United States after the world wars and a second wave in the 70s. The third is now. The cause: the strong price increases in the main cities of the world. Germany, the United States and France are some of the countries that have developed their regulation the most.

In general, economists think rent control is a terrible idea

In general, economists think that rent control is not a good idea. “The impact of the minimum wage is one of the most controversial issues among economists. The same is not the case with rent control,” Professor José García Montalvo, from Pompeu Fabra University, recently wrote in the newspaper Expansion. “The evidence of the negative effects is substantial and widespread. Paul Krugman, not at all suspicious of being a dangerous neoliberal, has pointed out that ‘it is one of the best-known issues in economic science and, among economists, one of the least controversial.”

The Bank of Spain concludes the same in its report – “the evidence shows the possible appearance of significant adverse effects” – and there is a certain consensus of disapproval among them. When it comes to regulating rent, the phrase of the Swedish economist Assar Lindbeck, who in the 70s said that “rent control is the most effective way to destroy a city, along with bombing”, often comes to life.

“It is always said that all economists are neoliberals,” explains Montalvo, a regular collaborator of Tecnocasa, to elDiario.es. “There is a chapter called perfect competition, which we all know does not exist. And there are twenty chapters of imperfect competition. I am willing to control prices if there is a monopoly or an oligopoly. If the market is opaque. But none of these two circumstances occur in the rental market “.

The solution defended by developers and real estate companies is to build: if supply increases and demand is maintained, prices will fall

If the majority of owners are private individuals (there is no monopoly) and the tenants have a lot of information thanks to real estate portals (there is no opacity), reason, it is not necessary to intervene. “It is impossible to play god by setting prices,” he says. Simplifying, the mantra is that price control reduces supply (many owners stop renting and sell their apartments) and consequently raise prices. It is the same alert that was given in April with the masks (and in the end there were enough and cheap masks for everyone).

The solution, defended by developers and real estate companies, is to build: if supply increases and demand is maintained, prices will automatically drop.

The ‘paper’ that divided California

To analyze the effects of Catalan law, time is still needed, more or less as it happens in Berlin, which approved the rent freeze in 2019. There they have been published data on the fall in the supply of apartments for rent and an increase in the supply of apartments for sale that justify the thesis of economists. But they are data from Immoscout24, the German equivalent to Idealista or Fotocasa, not a scientific study.

“In any case, it refers to advertisements, not to flats already rented”, assesses Jaime Palomera, doctor in economic anthropology and spokesman for the Sindicat de Llogaters, promoter of Catalan law. “It would be necessary to see if it is a coordinated action of the agencies while waiting for the Constitutional law to overturn the law.”

In California, three Stanford economists published a study in 2019 using data on where people lived between 1980 and 2016. They combined it with transaction data, buyers and sellers, to distinguish between landlords and tenants. The first ones were bought from Infutor, which sells addresses to companies.

“From a scientific point of view, it is very exciting data because it is very detailed,” explained researcher Rebeca Diamond in Freakonomics. The objective was to analyze the effect of a legislative change in the rental regulation. Until 1994, San Francisco controlled pre-1979 building prices of more than five homes. In 1994, it also began to control the prices of buildings before 1979 but with less than five houses. The researchers were able to compare what happened after 94 with rents in buildings of fewer than five homes built before 1979 and with similar buildings built later.

The study drew two conclusions: one good and one bad. The bad news was that rent control had caused the city to gentrify. The owners of houses included in the control were more likely to renovate them and convert them into condominiums to get out of the regulation (which allowed it), so the supply of controlled houses decreased. Those condos were rented or sold more expensively, attracting higher-income tenants.

The good news was that the control allowed its beneficiaries to continue living in the city, without being driven out by prices.

In general, the control functioned as a transfer between tenants who arrived after 1994 (faced with more expensive rents because there was less supply of controlled rent) and tenants who lived before, benefited by the measure.

“It was interesting to see how our results were used on both sides of the fight,” stated Diamond. “Some leave the rent control good and others bad. You have to read the entire study to make a decision (…) I think that in the short term, the control has direct benefits. The difficult thing is to see the indirect ones in the long term” .

Economists like Juan Ramón Rallo or Montalvo himself have used this study to show the negative effects of income control. The quality of its data made it very relevant at the time for the debate that was brewing in San Francisco, which at the beginning of the year approved a new regulation. Among the criticisms it received was the following: the authors ignored other causes of the price increase (the technological ‘boom’ in the city or the effect of investment funds) and they only blamed rent control, not speculation.

“The reading of San Francisco was not: we must deregulate because it is bad and it does not work, but rather: we are going to regulate more because it is insufficient,” Palomera considers. “If you rehabilitate and convert the building into luxury housing, it leaves the regulated market. There is a perverse incentive to leave.” For this reason, she adds, one of the main battles in Catalan law was to get it to affect the entire metropolitan area. “If each municipality decides, tax havens are created. Speculators will go where they can get the maximum return. It is a negative externality.”

Catalan law also grants an exception to new construction, which can be out of regulation for three years. Thus “you incentivize the work and the argument that the law discourages construction immediately falls,” adds the Sindicat spokesman. That part of the supply for rent goes to sale (because the owner accounts and prefers to sell and earn more money than to be subject to control) is not necessarily bad, he adds: according to the law of supply and demand, by increasing the quantity of flats for sale would lower prices.

“The multiple effects of such a regulation must be assessed in long cycles,” he concludes. As in San Francisco, it will take years to have data and analyze its consequences, perverse or not.