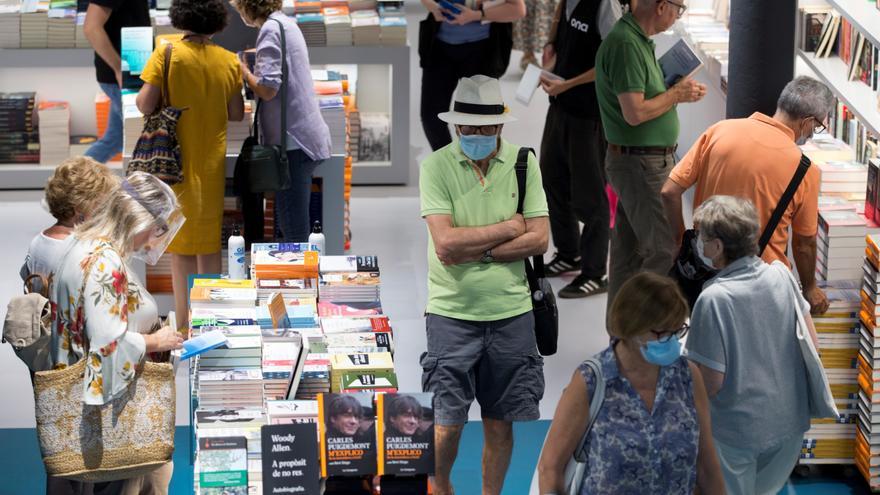 Barcelona, ​​Apr 29 (EFE) .- The sale of books in Catalonia during the celebration of Sant Jordi, which this year began two days before and continued until April 24, reached 1.3 million copies, 85% of those that were sold in 2019, the last year in which the day was lived normally.

In a statement, the Chamber of the Book of Catalonia considers the celebration of this Sant Jordi "a success", in which many restrictions were still in force due to the pandemic, and thanks "the response of the readers and the civic behavior of the citizens during the celebration of Book Day ".

After the final count of the activity, both of the booths in the street on April 23 as well as the days before and the following day, in which there was also a lot of influx in the bookstores, the Booksellers Guild notes that all the expectations.

Thus, sales were slightly higher than 85% of those registered in 2019, which means about 1.3 million copies sold.

During this Sant Jordi, the trend that has been consolidating for a few years was repeated, in which more than half of the books that are sold are in Catalan (53%), for 47% in Spanish, a proportion that the rest of the year it is the reverse, of the order of 70% in Spanish and 30% in Catalan.

After last year, in which Sant Jordi could not be celebrated due to the confinement, this year's sales have benefited from the fact that the literary festival has lasted several days in most Catalan municipalities, a measure that was taken to avoid crowds and facilitate the purchase of books through decentralization, both in time and space.

In this line, the Chamber of the Book considers that the organizational model implemented by the diada, designed as a professional day of the book and the flower, with dispersion of spaces, control of the management of flows in purchases and signatures, or the search for new safer locations, "has provided solutions that should be carefully studied and analyzed to improve future editions of Sant Jordi".

The Chamber of the Book has also celebrated the support of the readers for the local bookstores and has made participants of the success of the day to "the health authorities, the Ministry of Culture, the City Council of Barcelona,? The Association and the Federation of Municipalities of Catalonia and to all town halls and municipal entities for their collaboration in making a safe Sant Jordi possible ".

On the other hand, the Chamber of the Book informs that it is already starting to work on the celebration of an afternoon / evening of bookstores and libraries in mid-July throughout Catalonia.

The best-selling books are, in general, those that the sector already released at the last minute of April 23, and thus in Fiction in Catalan it is confirmed that the podium is made up of "La dona de la seva vida" (Column), by Xavier Bosch; "Consumits pel foc" (Proa), by Jaume Cabré, and "Tàndem" (Destination), by Maria Barbal.

Regarding non-fiction titles in Spanish, the most acquired were "El humor de mi vida" (Harper Collins), by Paz Padilla; "Infinity in a junco" (Siruela), by Irene Vallejo, and 'Cambalache' (Ariel), by Javier Melero.