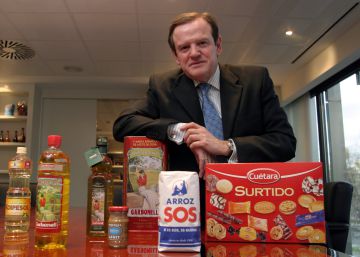 The Salazar brothers have agreed with the Prosecutor and the Deoleo food company to avoid the trial by the so-called SOS case, one of the biggest business scandals in the history of Spain, with the diversion of more than 200 million from the company’s accounts to companies controlled by the defendants. According to the indictment, Jesús Salazar Bello accepts 21 months in prison and 5,100 euros of fine for corporate crime, misappropriation, market abuse, fraud and insolvency punishable, and his brother Jaime abides 10 months and a half of jail plus a penalty of 3,300 euros for corporate crime, misappropriation and market abuse.

One of the charges that disappear with respect to the original complaint is that of money laundering. The start of the trial at the National Court is scheduled for February 14, although it will not start if the judge ratifies the agreement reached with the Public Ministry. The prosecutor’s brief focuses on the criminal responsibility of the accused and does not give details of their civil liability due to the extrajudicial agreement reached with the private prosecution, led by the affected food company itself, the former SOS and today called Deoleo.

The case acquired a remarkable magnitude a decade ago – the judge imposed a historical bond of 360 million – and left SOS in a delicate situation: it had to make provisions worth 475 million, approved an ERE and ended up detaching itself from the rice business, focusing on the oil.

The investigation phase lasted seven years and the judge did not issue an oral trial until 2016, reflecting the extreme complexity of the investigation due to the corporate framework set up by the Salazars. The case dates back to 2009, after the board of directors of SOS decided to cease both Jesus – then president of that body – and Jaime Salazar – vice president – upon knowing the first signs of irregularities.

The starting point was the decision of the CNMV to force SOS to rephrase your 2008 accounts, which brought to light a loan of 206 million granted to the Cóndor Plus company, controlled by the Salazar brothers. Both now recognize that these transfers of funds made between 2007 and 2008 were not known or authorized by the council.

The 206 million euros were sent from Cóndor Plus to another firm, Unión de Capitals, and from this one in turn to four other instrumental societies in the hands of the brothers, who acted “in the spirit of illicit enrichment.” Much of this money was invested in the purchase of shares of the SOS itself to “control the value” of the securities on the stock exchange, according to the prosecutor’s letter.

To “cover up” what happened, Jesus and Jaime Salazar opted for Cóndor Plus to sign four deeds in which he recognized SOS 212.7 million; however, the guarantee of payment for this debt were shares of the company itself – many already pledged in turn by other debts – and did not even cover the total amount. In a meeting with members of the board of directors in February 2009, the Salazars talk about this debt of Cóndor Plus, but do not reveal that they are themselves who are behind the firm.

In addition, they link the operation with the idea of ​​reserving a shareholding package to facilitate the entry into the SOS capital of two funds – one Libyan and one from Bahrain – with those negotiating at that time, conversations that never bore fruit. The council then approved that Cóndor Plus return the 212 million euros within four years by formalizing a loan, an operation that was subsequently canceled based on misleading information.

The prosecutor recounts other Salazar operations harmful to SOS: the purchase of the Portuguese Elosua – with a loss of 2.9 million -, a repurchase of land in Mexico – with an impact of 2.2 million – “simulated real estate operations” “and an exchange of shares in the framework of the purchase of the Italian oil company Minerva in 2005, owner of the Sasso brand.

In addition, Jesús Salazar obtained “financing illegally to the detriment of SOS” through an exchange of bills of exchange issued in Switzerland and “carried out a series of corporate operations in order to place his assets safe from possible responsibilities” between 2008 and 2009 through his wife.