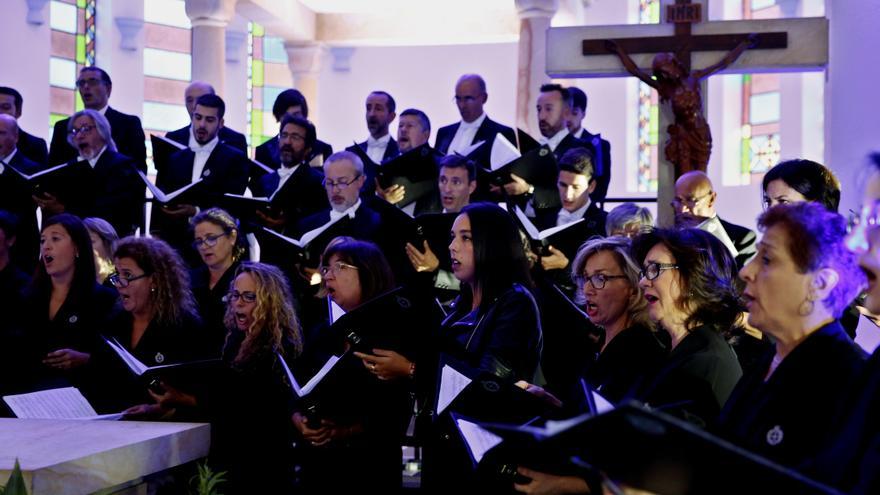 Bogotá, Jul 23 (EFE) .- The International Sacred Music Festival of Bogotá, with “El Amor” as its central theme, will celebrate its tenth edition between September 9 and October 3, which will also have as special guests Switzerland, France, Czech Republic, Italy, Spain, Israel, USA, Germany, Hungary and Colombia.

“This year we have the full conviction of being able to carry out the festival in person with a very limited capacity. We are going to do concerts in which PCR or the vaccination card will be requested,” explained the festival director, Marianna Piotrowska.

Along these lines, he explained that there will be concerts that between 50 and 100 people will be able to attend, as well as the festival will be broadcast on Canal Capital and on the event’s digital platform.

The objective of the festival will be to promote union, dialogue, respect for the diversity of beliefs, the culture of peace and reconciliation through Ambrosian, Gregorian, Byzantine, classical, romantic and contemporary music, as well as traditional spiritual rhythms. from Africa, Asia and Latin America.

As part of the festival, 36 events will be held, of which 16 are concerts, four master classes and 16 talks, according to the organizers.

These activities will take place in traditional places in the Colombian capital such as the National Museum, the Church of San Ignacio, the Auditorium of the Reyes Católicos Cultural and Educational Center and the Julio Mario Santo Domingo Theater, as well as in the Salt Cathedral of Zipaquirá, one of the most touristic places in the country and located near Bogotá.

Among the guests stand out the American lute player Hopkinson Smith; the French musicologist Marcel Peres; the Epoque quartet from the Czech Republic, which will broadcast their show live from the Brevnov Monastery in Prague, and the Italian ensemble La Terza Prattica.

Also participating will be the Israeli musicologist Yogev Shetrit, the American Karen Slack and the brass ensemble EPidBrass, from Germany.

OFFICIAL IMAGE OF THE FESTIVAL

The official image of the festival will be the work “Clarinete”, by the Colombian David Manzur, 91 years old and one of the most important living plastic artists in Colombia.

“This year the work was done, especially for the 10-year-old, by David Manzur, who donated it to us. David Manzur is a lover of baroque music, a collector of lutes. He is a music-loving painter,” said Piotrowska.

Scholars of Manzur’s work assure that his art was influenced by the Renaissance and the Baroque. They emphasize that in his works he incorporated colored nylon thread fabrics, and reached the domain of the mural, the portrait, the still life, the nude and the dress.

As part of the festival celebration, the photographic exhibition “My Jerusalem, a Diverse City” was also inaugurated this Friday, which is presented at the Andino Shopping Center in Bogotá.

“Colombia and Israel have achieved a great cultural and social bond and what better way to make them known than through these talented photographers and curator Adi Yekutieli, who today give us the opportunity to know the diversity of Israel and its eternal capital” said the Israeli ambassador to Colombia, Christian Cantor.