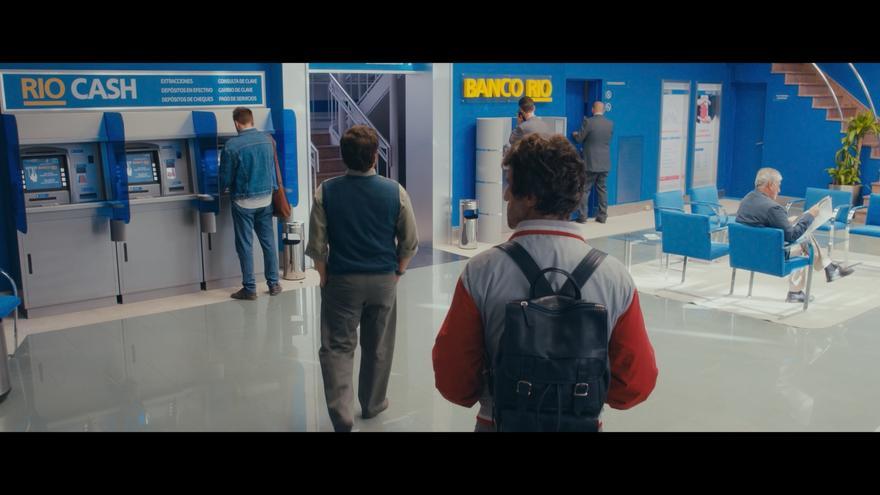 Madrid, Jul 1 (EFE) .- A surreal story based on one of the most famous robberies in Argentina arrives this Friday in Spanish theaters as the new film by filmmaker Ariel Winograd, “Theft of the century”, who points out that ” turning this assault into a movie was a huge challenge. ”

On January 13, 2006, a gang of six robbers camouflaged as civilians, but armed, entered the Banco Río branch in the Buenos Aires town of Acassuso. Planned by Fernando Araujo (Diego Peretti), the trick was to conceal an “express” mode theft and have no way out when, in reality, they planned their escape through a tunnel that they themselves made and which led to a drain.

After several hours of negotiation between Mario Vitette (Guillermo Francella) and the members of Grupo Halcón, the agents stormed the bank and found the hostages (who had not suffered any damage) and the weapons used in the robbery (which were not really ).

There was no trace of the thieves or of the between 15 and 19 million dollars in jewelry and money, just a note that said: “In a wealthy neighborhood, without weapons or grudges, it is only money and not love.”

Considered one of the great robberies in history thanks to its surreal and brilliant way of execution, it is not surprising that the director of the film gave “respect” to face a project like this.

“It was always a very cinematic story and for any director it would be a very exciting project. But at the same time it was a challenge, we had to do a lot of study and build a lot of scenarios, ”he tells EFE.

Specifically, even though the main stage, that of the Bank, was located on Avenida Libertador, it had to be built from scratch. “The goal was for the viewer to think: ‘They recorded it on a bench’; but no, because Banco Río no longer exists ”, he emphasizes.

In fact, Winograd remembers a funny anecdote that happened to them when they were filming: “Some weekend, some old man told us that he wanted to go to the bank, when in fact it was a set, so we did the job well,” he laughs.

Likewise, the implausible is also transferred to the script writing process, since it is signed by Araujo himself, the ideologist of the robbery, who was sentenced to 14 years in prison for the theft, a penalty that was reduced to 9 for the non-use of real weapons, although in the end he only served a year and a half of his prison sentence.

“It was very crazy to be with the real thieves. The criminals had already served their sentences and were at liberty. It was strange, but talking to Araujo helped me to interpret his role, it gave me more conviction to play the character, ”says Peretti.

The Halcón Group negotiator, Miguel Sileo, was also present on the set, although, according to the director, it had to be on “alternate days to Araujo’s”: “The two of them couldn’t be on set together, it was the only one condition that they put ”, he remembers.

For his part, Francella, who puts himself in the shoes of “the man in the gray suit”, that is, the sponsor and negotiator of the robbery, confesses that he “could not see Vitette”, since he is extradited in Uruguay and cannot return to Argentina, but that “they did have telephone talks.”

People who see the film and do not know the case will think how much it resembles the hit series “La casa de papel”, and it is that fiction took many elements of this robbery. “When La casa de papel was released, Fernando Araujo wanted to take them to trial because he claimed they stole everything,” says Winograd. But in the end it came to nothing. ”

Released before the start of the coronavirus pandemic in his native Argentina, it became the second most watched Argentine film in history on its opening day, behind Juan José Campanella’s “Futbolín”. Now that he crosses the pond, both the actors and the director hope that he will “have the same success.”