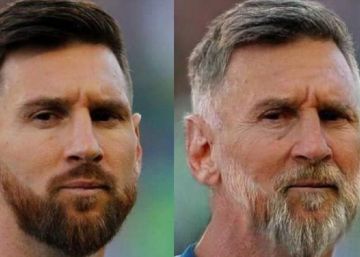 There is no doubt that FaceApp, number one in the main application stores in the world, including the Spanish App Store, and a social media broadcast that reaches the viral rating, is the success of the moment. If you still do not know is very famous app you may not frequent a lot of Twitter and so on social networks, since their presence in them is, at the moment, massive. What exactly is FaceApp and why are the first alarms leaping among security experts?

This application employs a neural system based on artificial intelligence to analyze the photograph that is uploaded automatically to its servers to achieve the desired effects, to age or rejuvenate, to the protagonist of the photo with a surprising realism. So far, nothing new that does not happen every day with hundreds of applications around the world, but in the case of FaceApp coincide two realities that have triggered the alarms: the servers are in Russia, on the one hand, and on the other, the Privacy Policy it is vague enough for one to think twice before accepting its terms.

The fact that the central base is outside the European Union makes it difficult to apply the continental legislation on data protection, the most demanding of those existing in the main countries.

On the other hand, when the conditions of use of the application are accepted, it is specified in the authorization request that the data may be transferred to third parties, but not the uses that these companies could make of the information. In addition, it is not usually an element in which users repair when they continue with the installation.

The first alarms about the risks that the user runs when downloading and using this application have not been slow to arrive: do we know exactly what happens with the photographs once they are transformed and returned to the user? The terms of privacy are vague enough to arouse suspicion and, as if this were not enough, the creators of the app advance in the contract that the user accepts that his data may be transferred to third parties. "This is something very worrying," he explains to EL PAÍS Borja Adsuara, an expert lawyer in digital communication, who raises the accusation against digital stores for not adopting precautionary measures.

Adsuara claims protection measures for the user similar to those existing in the feed, "if one can not buy a food in poor condition in a store, why is it allowed to download? apps with malicious code? ", he asks in relation to programs that may violate privacy. This expert recommends that the user assess whether it compensates "sell your soul" in exchange for a retouched photo.

Dani Creus, Kaspersky security analyst also warns of the risks of sharing photos with third parties: "We must assume that by uploading something to the cloud, we lose control," he explains to this newspaper. This expert again affects what is, today, the best ally of the user on the Internet: "common sense".