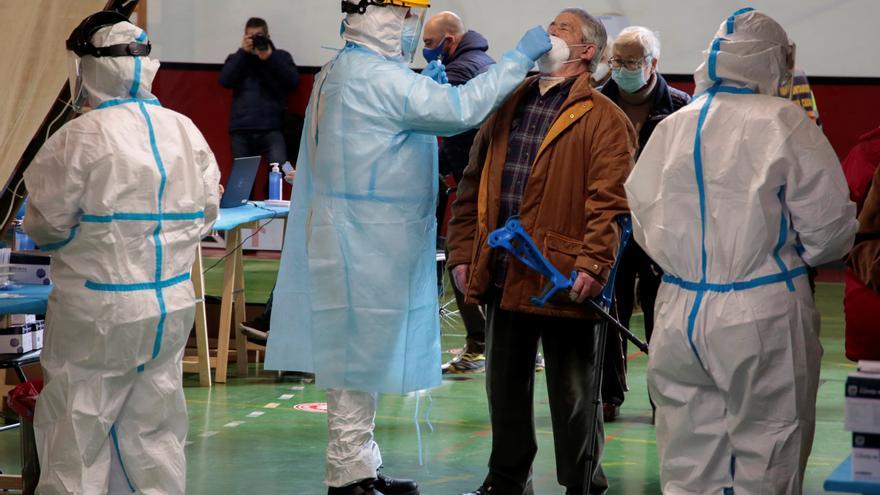 Reinfection of COVID-19 once the disease is over is unlikely: protection against the virus reaches 80% for no less than six months. However, older people are at significantly higher risk. Their protection stands at 47%, as observed by a large-scale Danish study published in The Lancet.

The work has reviewed data from the Danish campaign of test It has reached four million people, two-thirds of Denmark’s population. Of the 11,000 people who had tested positive for SARS-CoV-2 in the first wave (between March and April 2020), only 72 had the virus again in the second rebound (from September to December). 55 people out of 9,100 were under 65 and 17 (out of 1,900) were over that age threshold.

These results indicate, the researchers emphasize, that “the protection against reinfection was 80.5%”. But they add that “among those 65 and older, the observed protection was 47%.” Among the causes that could explain this phenomenon, the research points to “age-induced changes in the immune system.” The study admits that it has not been able to review the effect of new variants of the virus such as the British, South African and Brazilian, which are attributed greater transmission capacity.

The work obtained similar rates when reviewing the reinfection data of 2.5 million Danes throughout the entire pandemic, without differentiating by waves. Only 0.45% of 28,000 people who became ill at some point had another positive CRP within three months.

“Our study confirms what other work seemed to suggest: COVID-19 reinfection is rare in younger people, but older people are at higher risk of getting sick again,” explains Steen Ethelberg, researcher at the National Serological Institute of Denmark. and co-author of the study. “As the elderly are more prone to suffer the most serious symptoms of the disease, the need to develop protection policies for this group during the pandemic becomes clear,” concludes Ethelberg.

According to their analysis, “the data indicate that people who have passed the infection should be vaccinated” since natural protection is not enough. In this sense, in Spain the decision has been made that those who have overcome COVID-19 they will receive a dose of vaccines such as that of AstraZeneca that require two doses to complete the indicated regimen and that administration will be deferred for six months, a window in which natural immunity it is “robust and detectable” as this Danish paper defines it.

Regarding the immunization generated by having been infected, this observational study also shows that the protection against the coronavirus generated by having suffered COVID-19 is maintained for at least six months. “There is no evidence that it declines” in that period. And they go further by stating that “as COVID-19 was only identified in December 2019, the period of immunity conferred by overcoming the infection has yet to be determined.”

“We have not detected evidence that indicates that protection against reinfection declines during those six months,” says Daniela Michlmayr, another of the researchers at the Serological Institute. “Nearby coronaviruses such as SARS and MERS have shown that their immunity lasts up to three years, but the possibilities of re-infection in the long term need to be investigated.”