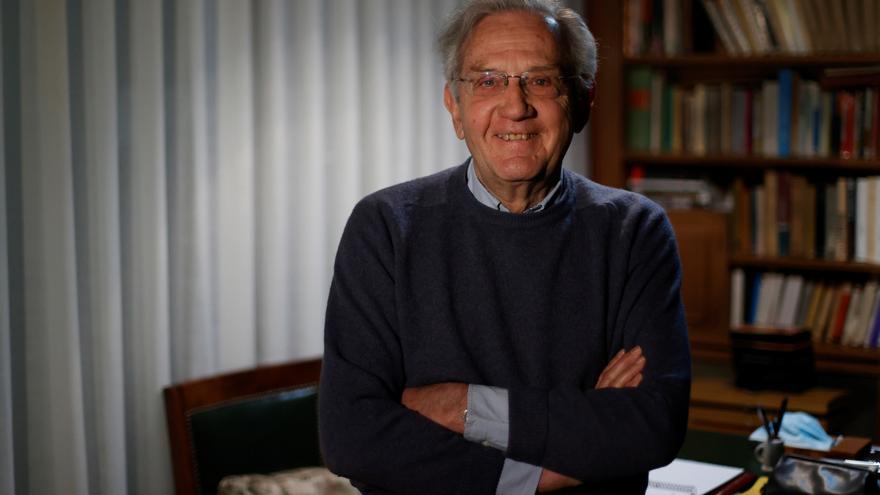 Madrid, Feb 20 (EFE) .- The president of the Spanish Transition Foundation, former Minister Rafael Arias-Salgado, sees it as unthinkable that in Spain there could be an attempted coup like that of 23F, but warns that "the populisms that denounce the '78 regime "do represent a" risk "for democracy.

Arias-Salgado, 79, was in the hemicycle 40 years ago sitting on the blue bench as Minister of the Presidency and later, he repeated in the UCD Government with Leopoldo Calvo Sotelo in Territorial Administration.

In an interview with EFE, the one who was also head of Development with José María Aznar considers that the statement of the second vice president of the Government, Pablo Iglesias, that Spain is not a full democracy responds to "an unsustainable political attitude or simply ignorance."

QUESTION.- What is the memory that has been recorded in your mind of 23F?

ANSWER.- When I saw the civil guards enter, my first impression was that of a scene from a zarzuela, an operetta act. With that look and attitude, it sounded ridiculous, but the submachine gun shots immediately followed and I got the perception that they were serious and willing to do anything as long as their operation was successful.

Q.- Did you think that the coup could prosper?

A.- At first, concern was the main psychological characteristic. As time went by, one could sense that the coup was failing. In the last moments, we all began to relax in a certain way because the passage of time did not work in favor of an opinion that assumed that the coup had triumphed.

Q.- After 40 years, what perception does Spanish society have of that historical event?

A.- It is still present in the memory and highlights the permanent need to defend the Constitution and the democratic system. Democracy has vulnerabilities, so we must always act so that it is established permanently and without risk of being attacked or disappearing.

Q.- And that of the generations that did not live it?

A.- Young people have a quasi-universal ignorance about the Transition process, about the Constitution, about the risks that the constituent process ran and about what a parliamentary monarchy means in Spain. There is a deficit of knowledge of our educational system.

Q.- Is there a lack of democratic quality in Spain, as Pablo Iglesias assures us?

A.- Democracy is a political regime that must always be taken care of with great care and attention because it is always at risk. It has its weaknesses and that is why it must be protected. The fact that from the Second Vice Presidency of the Government the democratic character of the Constitution is questioned is an unsustainable political attitude or simply ignorance.

R. - It is absolutely ruled out. I don't think there is the slightest risk from the Armed Forces. The only perceptible risk that Spanish democracy has today are the populisms that denounce the '78 regime. It is the risk that must be highlighted and fought with ideas and votes.

Q.- What is your feeling that Juan Carlos I is out of Spain 40 years after the coup?

A.- The 23F legitimized the conduct of King Juan Carlos in the defense of democracy and in stopping the coup. I will only keep in mind his political action, his institutional management, which was an engine of change and the establishment in Spain of a democratic regime. It will go down in history for that. The rest, everyone is free to judge it, but it will not be in the history books.