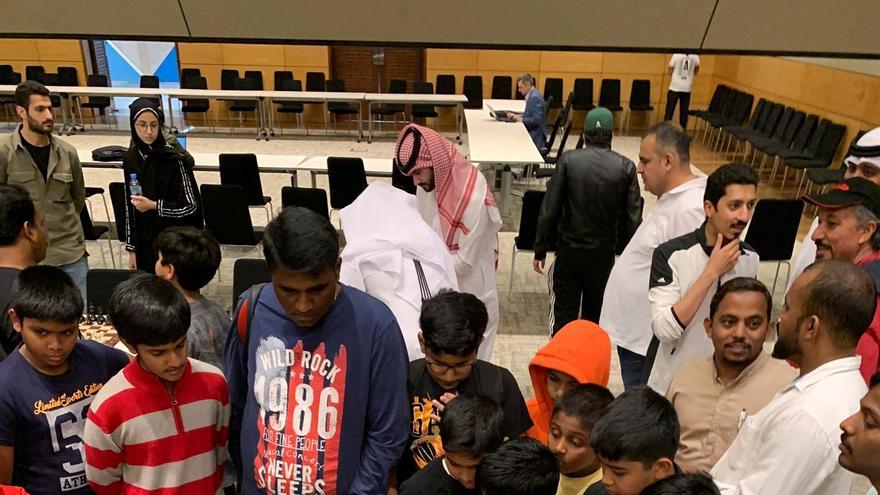 New Delhi, Mar 11 (EFE) .- Before going to sleep, the next day he had class, the Indian Gukesh D. made move 74 with which he won an online game of the Asturias Championship (Spain), one more victory for this 14-year-old chess player who two ago became the second youngest Grandmaster in history.

Gukesh was 12 years, seven months and 17 days old when in 2019 he achieved the title of Grand Master (GM), a precociousness that, however, was not enough to surpass the Russian Sergey Karjakin, who reached the maximum level in 2003 with 12 years and seven months.

The young man still remembers how he lived the countdown then, and regrets that he was “very close to achieving it” and surpassing Karjakin.

Gukesh’s passion for chess began when he was very young, when at the age of seven he watched his parents play at home, something that first encouraged him to memorize the basic movements and then to challenge his cousins ​​in front of the table, surprising his family for his audacity with the use of very offensive strategy plays.

“Chess is a very complex game, and I love complications,” the teenager tells Efe.

His father, Rajinikanth, a surgeon from the southern Indian state of Tamil Nadu, thinks that his son “is not like any other child his age”, and that the boy’s concentration levels never cease to amaze him, but “what? Type of father would say that his son is not special? “, affirms in an interview with Efe.

Although no one can deny that the career of a 12-year-old Grandmaster is extraordinary: Gukesh reached his first International Master (IM) standard in October 2017 when he had a rating of 2,323, and the third Grand Master (GM) standard. in 2019 after taking his rating to 2,512 in just 16 months, in which he earned 189 Elo points, in 276 games.

THE PARENTS OF A GREAT TEACHER

Since Gukesh began playing professionally, his father practically reduced his activities in the hospital to practically zero to accompany the boy in the tournament race without rest, which reduced the income of the family, which without sponsorship allocated everything they had in the chess.

“I left my practices, we no longer lived as a family because most of the time Gukesh and I were traveling, and my wife was alone at home organizing money and working,” says the father about an experience that is reminiscent of the champion’s own history Magnus Carlsen, whose family abandoned everything to travel Europe from tournament to tournament when the Norwegian boy was 13 years old.

His coach, GM Vishnu Prasanna, shows a strong devotion to Gukesh, and agrees with his parents that the inordinate passion, guts on the board and determination make it clear that the boy has “a natural talent in strategy and understanding. “.

“Some of his movements are unique in a strategic sense, and from a psychological point of view Gukesh may be in a bad position – compromising other pieces – but he never stops looking for resources,” he explains.

From the Asturian chess club Gijón 64, which signed the “guaje” Gukesh to play online tournaments, they only have words of admiration for the young Indian, world leader under-15.

“He is part of a generation of young Indian talents together with Nihal Sarin and Rameshbabu Praggnanandhaa. In a few years they will put India on the Olympic podium,” explains the secretary of Gijón 64, Francisco Javier Iglesias León.

Gukesh does not hide his admiration for the veteran Indian five-time champion Viswanathan Anand, former world chess champion, predecessor of Carlsen, and one of the few who has managed to exceed the Elo rating of 2,800 points.

“He is my role model,” says the teenager, who counts Anand as one of his friends, and although he also professes admiration for the current champion, Magnus Carlsen, Gukesh knows where he wants to go, and “if Magnus is the world champion , I want to beat him. ”