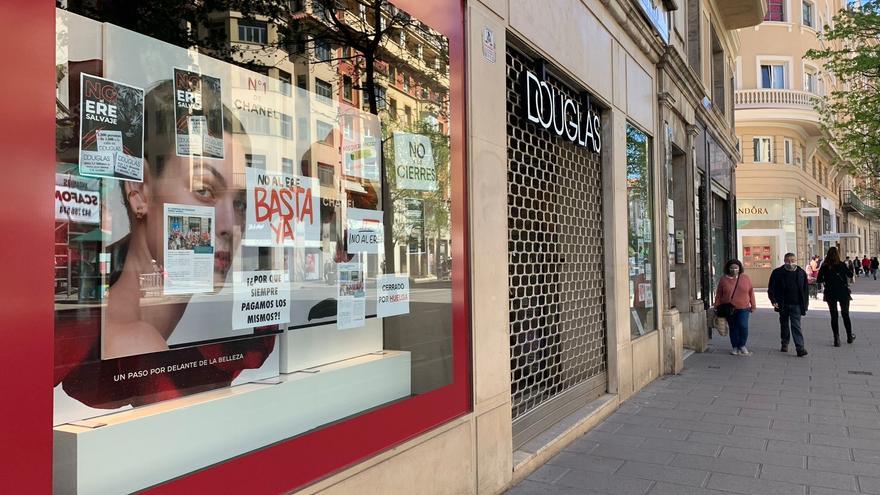 "With Douglas, the industry leader in Europe, we have found the best shareholder for the future of Bodybell, which will allow the company to move into its next phase of development and further strengthen its leadership position in the industry. We are convinced that this operation will generate great value for all parties involved". This is how Leopoldo Reaño, then head of the investment firm HIG Capital, valued the sale of the Bodybell perfumery chain to the German group Douglas.

Five years have passed since those statements. In them, a pandemic and a change in the business model in the perfumery sector, which gives more relevance to online sales; but, also, a company that has stopped in its tracks in Spain and that assures that its operations in this market are not profitable. Therefore, he says, he has to close 7 out of 10 establishments (his initial proposal was 136, although it can be reduced to around 120) and lay off almost 1,000 people.

"The possibility of the future for the Spanish subsidiary necessarily involves recovering viability, for which a complete adaptation of the commercial network is essential to open up an opportunity for those stores with the greatest potential", argued the company when announcing the cut in staff and shutting down most of its network. If it does not, he reaffirms, the viability of the entire Spanish business is at stake.

The recent history of the Douglas perfumery chain is a combination of corporate operations, integration of competing chains and venture capital firms as owners of the shareholding.

As a starting point, the German multinational is controlled by the venture capital firm CVC. It acquired it in 2015 from another investment firm, the American Advent, in an operation that, at the time, was valued at 3,000 million euros. It is a multinational that operates throughout Europe and where the investment firm has considered alternatives to get out of its shareholding. Five years is usually the time that venture capital firms give themselves to remain in a capital and make their investment profitable. For example, CVC, just before the start of the pandemic, it sounded out a placement on the stock market of the perfumery and cosmetics chain. But the pandemic came and changed all plans.

In Spain, the chain has been built up with the help of a checkbook, integrating some of the main neighborhood drugstore and perfumery chains. In 2017, it acquired Bodybell and If. The first was already the result of a merger. Behind her, too, venture capital. In 2005, Bodybell, controlled by the firm N+1, was left with its competitor Juteco in a transaction valued at 100 million euros. Instead, behind If there was a more traditional owner because, until its integration into Douglas, it was part of the Basque distribution group Eroski.

With that sum of chains (the former Juteco, Bodybell and If), Douglas accelerated in Spain in 2017 with a network of more than 380 stores and the forecast of reaching a volume of revenue of 300 million euros, according to what was indicated by his then head of Spain, Antimissaris Coasts.

But those predictions did not materialize. Even before the pandemic, the Spanish subsidiary had red numbers. In 2019, he lost almost 19 million euros. A negative result that tripled in 2020, the year with the greatest impact of COVID, to 52.5 million euros. That year, it also assumed a drop in income of 18%, when it stayed at 200.4 million euros. For this reason, in his annual report he assured that he did not have sufficient liquidity to face the debt maturities of 2022 and 2023, which questioned its continuity as a company in operation, according to the newspaper 'Expansión'.

In that context of integrations and objectives that are not reflected, the workforce accumulates job cuts behind their backs. "How are we? Well annoyed. I have three ERE [Expedientes de Regulación de Empleo] and I am one of those who continue to work, but with what they have proposed now, I don't see much of a future for it," explains Adela, the fictitious name of a Douglas employee in one of its establishments in Madrid.

In February, the German company announced the closure of 136 stores in Spain and the dismissal of almost 1,000 people. For this reason, the representatives of the workers, while trying to negotiate that the impact of the closures be less, have called three days of strike. The last one, this Wednesday, which coincides with the final negotiation meeting between union representatives and the company.

"They have hardly moved. For the moment, with the negotiation we have managed to save 12 stores and have proposed another 33, but the company says no, that another one will be saved, but nothing more," explains Rolando Cano, head of the action area union of the Federation of CCOO Services.

There is also no agreement on compensation for dismissed workers. "We ask for 35 days per year worked and 24 monthly payments, and the company proposes 30 days and a maximum of 19," says the union representative. Above all, Cano highlights the impact on employment. "Two years ago there were more than 2,200 employees. Currently, there are about 1,500 and, with what Douglas proposes, the workforce would, at most, remain at 600 people."

"That is why the strike is being followed massively, because it is a staff that is very tired," emphasizes Cano.

The Company Committee, where the UGT and USO are also present, urges that there be volunteerism in the exits and jobs can be transferred to the stores that are still open. The problem, sources indicate, is that in many provinces all Douglas establishments will be closed. In others, such as the Basque Country or Madrid, part of the network will continue. In this last community, it would go from 49 stores to only 12.

In the case of Douglas, the staff representatives not only emphasize job cuts, but also the salary model and an incentive system that has been changing in recent years.

The problems with the incentives go back a long way. "In 2020, with COVID, hardly anyone charged them. When 2021 arrived, the company changed them and put 2019 as a reference, to measure the increase in sales. We filed a lawsuit and, after it, we agreed that at least the 50% of the objectives", explains Rolando Cano. Now, the Works Council criticizes that Douglas introduces new objectives to achieve the payment of commissions. For example, increase sales by 23% compared to those achieved in the first quarter of 2021.

Some incentives that they see as impossible, not only because of the economic situation, but also because the chain's commercial strategy means that sales in the online store have many more discounts than in stores on the street. Price differences that sometimes reach 30% or 40%.

The representatives of the staff also indicate that another of the changes proposed by the management is to eliminate the extra payments for working on weekends, in the case of the entire staff; and eliminate night bonuses for those who work in warehouses.

A template that, at its lowest scale, does not reach 1,000 euros per month. "I have colleagues who earn the minimum wage," says Adela, referring to her store. Douglas approved at the end of 2021 his last collective agreement. In it, the base salary for employees who work as stockers, cashiers or shop or warehouse assistants is 903.51 euros per month. The highest base salary, that of the store management position, 1,175.46 euros; not including incentives.

While Douglas is withdrawing, other perfume chains do have growth plans, such as Primor or Druni. According to the consulting firm Kantar, the ranking in perfumery and hygiene sales is occupied, at the end of 2021, by Mercadona, Carrefour, Primor, Druni and El Corte Inglés.