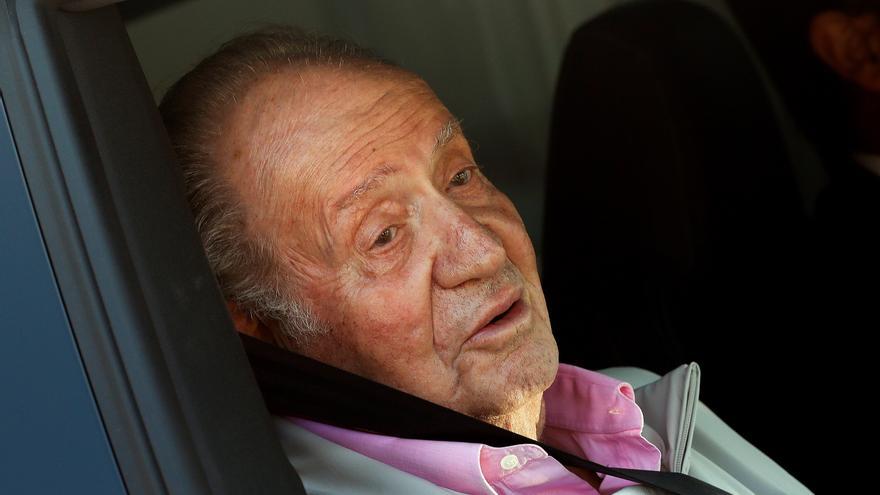 Popular Party, Vox and Ciudadanos have launched a campaign in defense of Juan Carlos I coinciding with the first anniversary of the flight of the king emeritus to the United Arab Emirates, where he left in August 2020 after hearing the cases opened in court for the allegedly illicit origin of his fortune. The three rights are trying to pave the way for a possible return of the former monarch to Spain – a wish expressed by Juan Carlos I himself, according to those close to him, but that so far has not had the public support of the Government progressive -, after having carried out two million-dollar tax regularizations. But they also seek to attack once again the progressive government, which for two years They accuse of wanting to abolish the monarchy, breach the Constitution and, directly, end the State.

The excuse to reactivate those suspicions about the Executive chaired by Pedro Sánchez has been the messages launched on Tuesday by the Minister of Social Rights and leader of Podemos, Ione Belarra, denouncing the “serious democratic anomaly” that in his opinion means that the emeritus king has fled the country from which he was head of State for 40 years and describing his attitude as “unworthy”, just when Investigations by the Public Prosecutor’s Office and the Treasury surround his opaque fortune.

Suspicions of tax fraud and money laundering keep alive three avenues of investigation by the Public Ministry and some investigations in the Tax Agency. The two voluntary regularizations – totaling five million euros -, carried out after learning that he was being investigated, represent the recognition by the emeritus that he evaded taxes to the Spanish treasury and the attempt to avoid criminal investigations that could seriously compromise his future judicial. But the last one, of 4.4 million euros, carried out at the beginning of the year, motivated the last investigation of the Treasury on the origin of those funds.

In addition, the first one opened by the Anti-Corruption Prosecutor’s Office more than a year ago, and then passed to the Supreme Court, inquires about the 65 million euros that Juan Carlos I of Saudi Arabia received in 2008 and that in 2012 he transferred to his then lover, Corinna Larsen. This transfer is being investigated by the Spanish and Swiss prosecutors, considering that it could be a commission in exchange for the monarch to mediate so that the Spanish companies that built the AVE to Mecca would accept a substantial reduction in the price of the works.

The most recent of the investigations also opened by the Prosecutor’s Office in November 2020 is the one that focuses on the existence of a ‘trust’ [un grupo de empresas unidas para monopolizar el mercado y controlar los precios] that moved 10 million euros to an account on the island of Jersey in which Juan Carlos I is listed as the beneficiary. These proceedings have their origin in an “intelligence report” of the Money Laundering Prevention Service (Sepblac), the highest Spanish authority in the fight against black money laundering and the one that gives the alert on suspicious movements of capital.

This was not the first time that in Sepblac, a department that depends on the Ministry of Economy, the alarms went off in relation to the emeritus. Another notice from this unit is at the origin of another investigation, revealed by elDiario.es, on the expenses that Juan Carlos I and other relatives –among them, Queen Sofía and some of her grandchildren– They did in 2016, 2017 and 2018 with opaque cards that were fed from funds not declared to the Treasury. These are expenses after his abdication and that he lost the constitutional protection that made him unimpeachable for all the possible crimes committed during the almost forty years that he was on the throne.

However, PP, Vox and Ciudadanos have thrown themselves in a whirlwind against the Government that, they say, does not defend the monarchy, because one of the partners, United We Can, openly raises its desire to start the debate on a republican horizon. This position is now related to the fact that on Tuesday the President of the Executive, Pedro Sánchez, in his last press conference before the summer break and after meeting the current king in Mallorca, avoid evaluating the situation of Juan Carlos I – about whom he said he did not speak with his son, Felipe VI -, did not discredit Belarra’s words and limited himself to highlighting the “updating and transparency of the Royal House” thanks to the work of the current king, Felipe VI.

For the right, the words of Ione Belarra, more than a demand for accountability to a former head of state under judicial suspicion, are an “attack on the head of state to wear down the monarchy.” For this reason, the fact that on Tuesday neither Sánchez nor the Government spokesperson, Isabel Rodríguez, disavowed the Minister of Social Rights evidences an “complicit silence” from the socialist wing of the Government regarding these alleged “attacks” on the Crown. In reality, the three rights are trying to smooth out a possible return of Juan Carlos I to Spain, which the three parties support, claiming that, despite the investigations in force, the emeritus king has no “pending accounts” with the justice system.

The PP spokesperson in Congress, Cuca Gamarra, accused the entire Executive on Wednesday of being “participating in the erosion of the institutions” that the right wing attributed to the progressive government practically since its constitution, in January 2020. She herself, others leaders of the PP such as its leader, Pablo Casado, and also politicians from Vox and Ciudadanos have spoken in recent months of an alleged “dictatorial” drift of Moncloa, which according to that theory would seek to end the king, the Constitution and the unit of Spain for the alliance of the left-wing parties and the parliamentary support of the nationalist and independence forces.

Gamarra insisted, in an interview in Zero Wave, in which for the PP “the important thing is the protection of the State institutions and not enter a path” that could lead to “weaken” them and “question them” in the face of the “instability of the Government of Sánchez and the partners that “the president” has chosen “. From his official Twitter account, the PP directly accused the chief executive of “being an accomplice of those who attack the monarchy” and Casado, in another tweet, referred to Sánchez’s silence on Belarra’s words in the following terms: ” Who is silent grants. If the Government is unique, the responsibility is shared. “

This thesis is shared by Ciudadanos. His deputy spokesman, Edmundo Bal, who is a state attorney – now on leave of absence due to his dedication to politics – assured this Wednesday that, although he still thinks that the conduct of the king emeritus “is not edifying”, he now considers that “the courteous it does not remove the bravery “and that we must recognize the role it played in the Transition.

In April, Bal said in an interview with elDiario.es that he was “enormously ashamed” to know that the former head of state had admitted that he had defrauded the Treasury by availing himself of various tax adjustments, the last of which, in February, amounted to more than four million euros. “I reiterate what I said. I, who have dedicated my life to fight against tax fraud, consider that they are very little edifying and inappropriate behaviors for those who have held the highest magistracy in the nation,” he also assured this Wednesday.

Then, instead, he opined that Juan Carlos I “is a free citizen, he is not investigated or subject to any judicial procedure” so he can do whatever he thinks best if he wants to return to Spain, he reports. Carmen Moraga.

Bal showed his “confidence in Justice” and in the investigation being carried out by the prosecutor’s office of the Supreme Court, for which he is convinced that to the emeritus king “the law will be applied to him as to any citizen.” Like the leaders of the PP, the deputy spokesman for Ciudadanos charged against Pedro Sánchez for not disavowing the statements of Minister Belarra: “It is a shame and cries to heaven that the President of the Government does not defend the current head of State. Sánchez has than to go out to defend in an unequivocal way the constitutional monarchy and King Felipe VI, who has behaved with an exemplary manner beyond any doubt “.

From Vox, its top leaders have demonstrated in recent months in favor of the return of Juan Carlos I to Spain, they have advocated defending his legacy and have accused the Government of seeking a “lynching” against the former monarch. Santiago Abascal has come to assure that “the emeritus king is better in Spain and the separatists and Bolivarians, outside”. “We are a party that defends the constitutional monarchy, which we understand as the institution most valued by the Spanish. I see with sadness the departure of Juan Carlos, but I see with more sadness that the terrorists and separatists do not leave Spain”, he pointed out a few months after the king emeritus fled.

The alleged questioning of the monarchy by the government, which is repeated by the right wing, collides with the fact that on Tuesday Pedro Sánchez defended “all constitutional institutions” and praised the work of Felipe VI and his “transparency.” In addition, it serves PP, Vox and Citizens to re-launch the same message with which they have been hammering for two years: that the Government is illegitimate because Pedro Sánchez has agreed with United We Can and has the specific support in the Congress of Catalan independence parties and EH Bildu.

the 1,425 days of the flight from Puigdemont