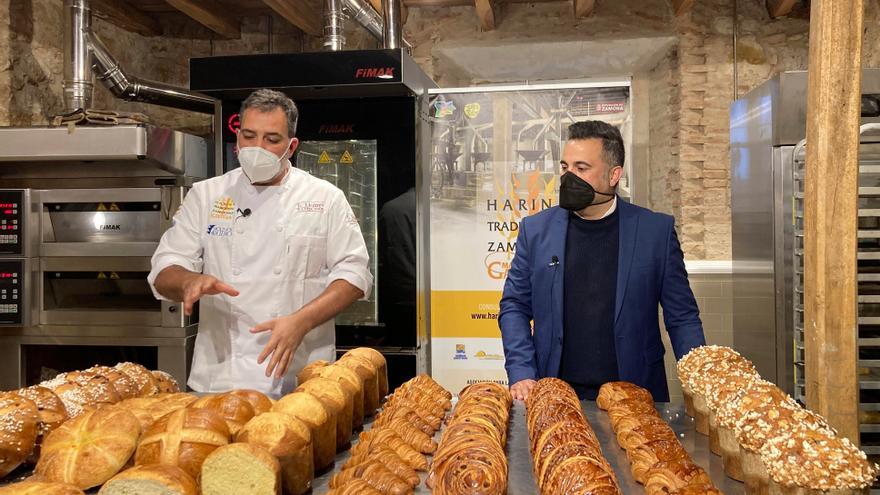 Zamora, Mar 14 (EFE) .- The “home bread revolution” that has taken place as a result of the covid-19 pandemic has raised sourdoughs, organic flours and relaxed artisan bakery preparations, as has been confirmed by experts participating in the Intersicop international bakery show.

The benchmark event for the Spanish bakery, which this year has had to reinvent itself to be held virtually throughout this month, has hosted lectures and master classes, such as that of the Canarian Alexis García, who has confirmed that this “revolution “has helped to” value the profession more “.

This Tenerife baker, who was awarded the revelation pastry title at Madrid Fusión and the Miga de Oro de Canarias award, who this week offered a demonstration of sweet bakery preparations carried out in Zamora at Intersicop, has underlined the growth of the bread culture in the last year.

“When an older woman from my town, who has never left Tenerife, asks you for a ‘panettone’ or a natural bread that is the best example that things are changing and it is a matter of time before people value more and more this type of product, “he declared in an interview with Efe.

Far from taking its toll, the covid-19 has put in value the artisan bread that it makes in its bakery in Playa de San Juan.

During the first confinement of a year ago, he had to adapt and implement home delivery, but it did not close for a single day and the pandemic has allowed him to appreciate the value of his business for people, which in adverse times has continued calling him and making requests.

The coronavirus also caused a flood of orders for traditional Zamora flour, the only one in Spain that has a guarantee mark.

At the beginning of the confinement, the packages of one and five kilos were exhausted and in the Amazon sales platform the bags of 25 kilos some weeks were among the five best-selling food products in Spain, as detailed by the general director of Molinos del Duero, Juan Carbajo.

This led this company, which brings together three flour mills from Zamora, which have opted for quality, organic products and traditional milling as market niches, to rethink its marketing strategy and strengthen its sales channels through the Internet.

As part of this commitment to bring their flours by telematic means to those who make home bread and to small traditional bakers, Molinos del Duero has scheduled in the current edition of Intersicop 16 conferences, master classes and demonstrations such as the one offered on organic flours by the master baker Florindo Fierro.

Born in León and forged in bakeries in Madrid, where he is a teacher at the bakery school, Fierro has assured that his is a sacrificial trade reserved “only for those who are passionate” about this world.

In his opinion, the key to quality artisan bread lies in “a good raw material, a good process, time and care”, since baking “is not just a matter of formulas”, you also need a good flour, a adequate process, kneading well, a correct first fermentation or knowing how to treat bread when taking it out of the oven.

All this allows making breads with personality, such as those that the chefs Jesús Monedero, Rubén Becker and Luis Alberto Lera will share this Monday with the virtual assistants to Intersicop in a presentation that feels the sourdough on the couch under the title “Enneagrama del pan that we dream of “.