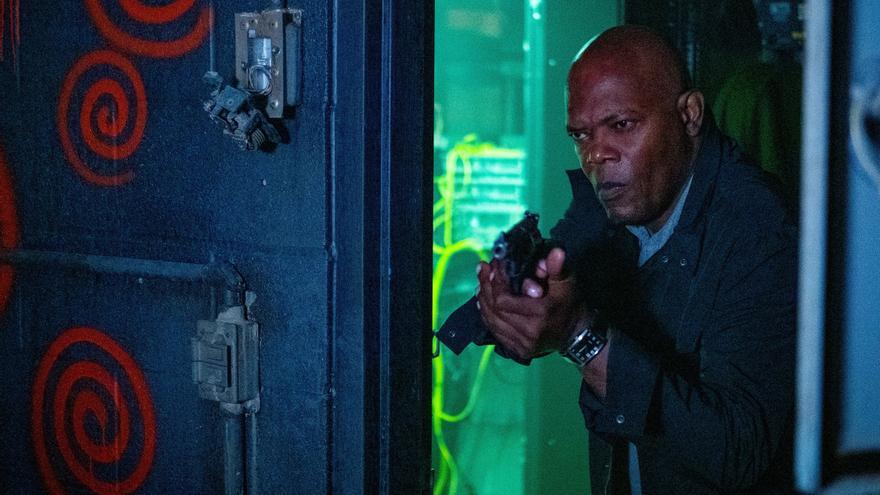 Los Angeles (USA), May 17 (EFE) .- “Spiral”, the ninth installment of the horror saga “Saw”, topped the US box office this weekend, where cinemas start little gradually to resume its activity despite the fact that 40% of theaters remain closed due to the lack of titles on the billboard.

With a gross of 8.7 million dollars, “Spiral: From the Book of Saw” has achieved the first place with a risky bet in which its protagonists, Samuel L. Jackson and Chris Rock, have given a comic turn to the famous gore and suspense franchise.

It is the worst premiere in the history of the franchise, although it is a fact that must be contextualized in the pandemic since, for example, “Saw VI” raised $ 14 million in its 2009 premiere, with theaters at full capacity.

In second place was “Wrath of Man” (Wake up the fury), which the previous week led the box office with 8.3 million and this time it settled with 3.7 million.

For its part, “Those Who Wish Me Dead”, the thriller starring Angelina Jolie, managed to attract a handful of viewers to theaters, despite the fact that it was released simultaneously and free of charge on the platform. HBO Max.

The Warner Bros. film grossed $ 2.8 million and was ahead of “Demon Slayer: Mugen Train,” a Japanese anime film that has been an international success with over $ 400 million in worldwide revenue. world.

Finally, “Raya and the Last Dragon” (Raya and the last dragon) added 1.7 million in its second month on the billboard and became the second highest grossing film of the year, only behind “Godzilla vs. Kong.”

In the coming weeks, releases like “Cruella”, “A Quiet Place Part II” (A Quiet Place 2) and “Blast Beat” promise to further spice up the theatrical offering.