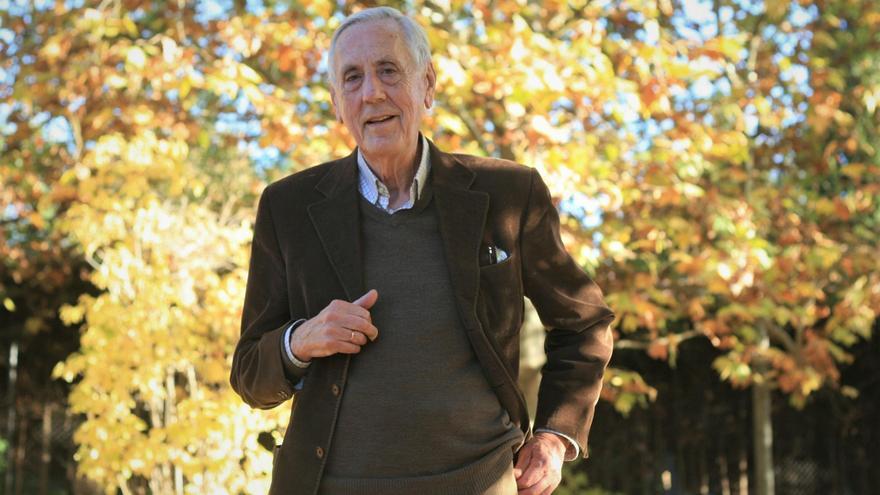 Antonio Escribano was the first citizen who claimed and questioned the calculation of this tax, which the Constitutional Court has just annulled

Antonio Escribano is in luck. The Constitutional Court announced on Tuesday the definitive cancellation of the municipal capital gain, one of the taxes that most collects from municipalities —more than 2,500 million euros per year— and which is levied on the increase in the value of the urban land on which a property is built at the time of transmission: when it is sold, it is donated or it is inherited.

Escribano, a retired civil engineer from Cuenca, began his battle against capital gains fifteen years ago, when his mother passed away and he inherited her apartment. He claimed and won his first lawsuit in 2012, with a ruling from the Superior Court of Castilla La-Mancha that proved him right.

After his came more sentences related to the tax that left him untouched until this final final blow. As a pioneer, Escribano feels “very satisfied”.

During the winter he lives with his wife in Madrid and in the summer — and early fall — he moves to Cuenca, to a large house with a garden and pond in a suburban urbanization. On one of the walls rests a street sign: that of His Excellency Don Juvencio Escribano, his father, who was a magistrate and has his own way in the nearby Motilla del Palancar.

Notary public receives EL PERIÓDICO DE ESPAÑA the day after the decision of the Constitutional Court is known. He has been with this for many years and is happy that the court finally annuls the tribute, although he warns that the important thing begins now. “This is not over. The key is why they will replace it, “he advances.

“The inheritance of my mother’s apartment was the first encounter I had with this issue. The heirs are the ones who pay. I saw a very notable difference between the real capital gain and what the Treasury claimed,” he explains. “Why? Because it comes from a wrong formula. The Administration considers that with that floor you have earned approximately 3% per year. And they calculate it at twenty years, so they consider that you have earned 60%. But they calculate it on the cadastral value from that moment, not on the moment the apartment was acquired. And 60% from now to 2042 is not the same as 60% from 2002 to 2022 “.

The crux of the issue of the Tax on the Increase in the Value of Urban Lands (IIVTNU, by the acronym of its technical name) is in how the City Councils calculate how much the value of a land has increased.

Instead of looking back – if I bought the apartment in 2011 and I sell it in 2021, they charge me taxes for the capital gains accumulated during those years – the local Haciendas they look forward. They establish annual revaluation rates of around 3% and charge for a maximum of twenty years, based on the cadastral value of the land at the time of transfer.

Until the burst of the bubble, that 3% annual increase could make sense because housing was rising. But from then on its price crumbled.

A practical example: if in 2007 I bought a flat for 200,000 euros, it is very likely that in 2014 I would sell it for less and lose money. And, despite this, he had to pay the municipal capital gain. “The essence of the tax is to tax on what you have earned. A property passes from my hands to other hands. How much have I earned for that specific fact?”, Says Escribano. “If you have not won anything there is no tax.”

Escribano is not, as has been erroneously published for years, a mathematician. He worked for more than forty years as a civil engineer for the Diputación de Cuenca and studied economics, although he has not dedicated himself to it other than to teach “sometime”.

“The tax is calculated on cadastral values. And it is not the same to calculate the percentage of the previous twenty years as of the next twenty. I, because of my mathematical training, although I am not a mathematician, I explained that they did it wrong. If now it is worth 100 and it has risen 50% is because before it was worth 67. Indirectly, I have to find that, “he continues. “That was what they called ‘Cuenca formula’ or ‘Escribano formula’, which existed and had some success. This is how the judge here understood it and the TSJCM ratified it. They saw that the reasonable thing was to calculate what the ground had risen during those years, not what it was going to rise in the following years. “

The formula of the future

The judgment of Escribano was the first that established that the calculation of the municipal capital gain was wrong. But when the housing bubble burst, more claims started pouring in.

“Increases of 3% are assumed,” explains Carlos Cruzado, president of the Union of Finance Technicians (Gestha). “When prices rose, in the middle of the maelstrom, there were always annual increases. But when clicking came the complaints, because Equity increases were charged that were not based on an actual increase but in objective data, in the indices established by the City Councils. The Constitutional Court has now annulled it because it says that this calculation method does not take into account the reality of the increase that could have occurred. “

The recent decision of the Constitutional Court – of which he has only reported through a press release and whose final sentence will be published in the coming days – does not surprise technicians like Cruzado because it is not the first.

“In 2017 there was a first sentence in which the tax was annulled in those cases in which the taxpayer could demonstrate that there was no increase in real value,” he continues. “Since then, If you prove that the land has not increased in value, you do not pay. In 2019 there was another sentence of the TC for a case in which, having an increase, this was lower than the amount to be paid “.

Those sentences gave citizens the possibility of recourse not to pay. But in any case they had to sue. With the current cancellation, the tax will stop being collected until the Ministry of Finance come up with a new formula to charge it. Until then, the high court’s decision leaves a rift in municipal corporations across the country.

In 2019 alone, the 8,131 municipalities in Spain collected 2,501 million euros for this concept. The big ones raise much more than the small ones because they have more active real estate markets.

The Madrid City Council is the one that receives the most from capital gains: almost 580 million in 2019. And it is not only due to its booming market. Also to the rebound experienced by second-hand housing sales since the burst of the bubble. The mayor, José Luis Martínez Almeida, has already requested a “immediate solution” to the government. The capital gain represents 21% of the municipal budget, according to data collected by El Confidencial.

Cruzado suspects that the intention of the large municipalities, grouped in the Spanish Federation of Municipalities and Provinces chaired by the mayor of Vigo Abel Caballero (PSOE), is for the State to compensate them until a solution is found. “They will try to make me assume that loss: both what they are going to stop entering and what they have to return“, it states.

Until then, Escribano insists that the important thing is to find the correct formula to calculate it. And that scales are not established as before, but something adjusted to reality.

“Taxes have a collection purpose, but also redistributive. What you cannot put is a tax on something ethereal, artificial, that you have invented because it does not exist. I at the time gave an alternative and, since I have been dealing with this issue for fifteen years , I’ve been thinking how can they do it honestly and tax the taxable event: if there is a profit they charge you and if there is a loss, no “, adds the engineer.

Escribano suggests using existing indices, such as those for the price of land that the Ministry of Transport already manages, to know if it has risen or fallen.

“There are also others, such as the House Price Index or the valuations made by appraisal companies. The important thing is that do not build a table for tax purposes but rather that the calculation is adjusted to the social reality of the moment: if it has risen, it has risen and if it has fallen, it has fallen, “he concludes.