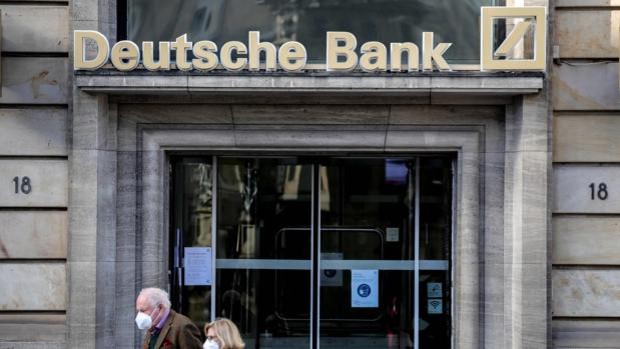 Analysts had spoken of him as an “unrecoverable patient” and even some of them had considered him dead, but the first German bank today regained its pulse announcing an annual profit in 2020 of 113 million euros, despite the pandemic, negative interest rates and recession. It is the first positive result of the entity in six consecutive years, a slow and painful escalation from the losses of 5,300 million in 2018 that underpins the Christian Sewing management. Despite the return to profits after a long dry streak, investors left stocks in the portfolio, whose price rose 4% after the presentation of results but was again in tables at the end of the day, after some analysts called the results “decent” but “not sustainable”. Sewing, however, believes he has found a stable path in restructuring. “In the most important year of our restructuring, we managed to more than offset the transformation costs and the increased provision of risks, despite the global pandemic,” explained Sewing the increase in sales of 4% to 24,000 million of euros. While Sewing has expressly praised the employees of the private banking business, low interest rates and provisions have prevented anything other than keeping revenues reasonably stable in this area. Investment banking has undoubtedly been decisive, with a profit before tax of 3,200 million euros and an increase of 32%, but contrary to what the president of the entity describes, the bank does not emerge despite the health crisis , but has benefited indirectly from it, thanks to the fact that it has taken the financing and protection needs of its clients to unpredictable heights, while the exceptional nature of the situation has returned political support and has prevented the defaults of payments of loans rise to a threatening level. The provision for risks increased 147% compared to the previous year, but is still at a historically low level. For many competitors, things look much darker. This is because they are less strong in investment banking and, at the same time, have been more lax in lending in recent years. With a pre-tax profit of 3.1 billion euros, investment bankers were solely responsible for ensuring that Sewing’s so-called “central bank” was profitable last year. The division even exceeded already positive expectations. That also changed the boss’s tone. While she found success in the past a bit embarrassing, now she praises her to the best of her ability. At the same time, he emphasizes that the division has a historical turning point behind it: “We have focused on our strengths.” Therefore, there is no longer trade as an end in itself, and growth should not be accelerated excessively. Sewing doesn’t mention how much the bonuses have increased with success. However, according to published figures, remuneration in the division remained stable during the year. With the growing importance of investment banking, the weight of its managers in the group also grows. This is especially so for his boss, Mark Fedorcik, almost unknown in Germany despite the fact that the American started at the bank no less than 25 years ago. When he succeeded controversial division leader Garth Ritchie in mid-2019, it almost seemed like a hopeless solution. The business was more or less in shambles and it was apparently just a matter of limiting the damage. At the lowest point, Fedorcik repeatedly stated that after quitting some activities, the bank finally had a clear strategy. There was great skepticism, both internal and external, that the recipe has finally worked. Like Fedorcik, most of the division’s charges have been with the institute for many years and have witnessed its decline and recovery, they have been part of a multimillion dollar machine shrouded in myths that a series of scandals struck and have put her back on her feet. Sewing has explicitly referred to the “unique infrastructure among European banks.” It has cost 5,000 million and 20,000 jobs, before bearing these first fruits. “We are very satisfied, we even surpassed what we set out to do. The four business areas are on schedule and that provides us with a tailwind for the next few years and to maintain our strategy, being even more profitable ”, he says. But the road is still very steep. Deutsche Bank still needs 88 cents to generate one euro. “We will reduce costs by another 2.8 billion euros by the end of 2022 and even slightly increase profits,” he promised, “we will arrive at a completely different cost-to-income ratio, so that we can really talk about sustainable and permanent profitability. I think the progress made in 2020 shows us that we are on the right track. .