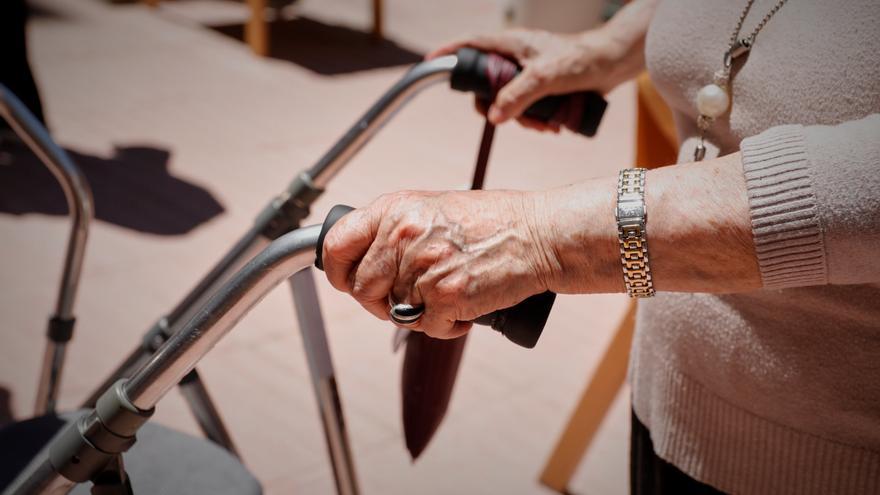 The increase in coronavirus outbreaks throughout Spain is leading to communities trying to stop it by developing crash plans that limit meetings or limit nightlife, two of the main reasons for infections. But there are other outbreaks that are precisely striking for endangering one of the most vulnerable groups in the pandemic: those in the residences.

One of those in the spotlight is the nursing home for Burbáguena (Teruel), which has 11 infected workers (another 4 are quarantined) and 63 positive residents in COVID-19, of whom four have died, although one of them due to another pathology.

Although from the Burbáguena residence they have ensured that they have complied with all the protocol and reported “impeccably” to the authorities, who became aware of the situation at the time the first positive was known, the Government of Aragon has announced that it will take the residence to court given “the seriousness of what happened and the evidence of crime detected.”

Another residence in Aragon, in this case in Chimillas (Huesca), detected an outbreak at the end of last week after testing positive for one of the employees. Nowadays, there are 63 positive cases, of which 53 are residents and ten workers. In addition, six of these residents affected by COVID-19 were transferred to the San Jorge Hospital in the city of Huesca and remain on the ground floor.

In the case of Cantabria, a new outbreak of coronavirus detected in a nursing home this past Saturday, and which has added three other new positives in the last 24 hours, has set off all the alarms again.

Barely 15 days these facilities have been kept ‘clean’, the main black spots of the pandemic in the autonomous community, since at least 139 of the 212 deaths reported so far in Cantabria as a result of COVID-19 were elderly people living in residences, what accounts for almost 70% of the total victims during the health crisis. In this case, the regional government has not wanted to inform the center in question in order to “not create alarmism”, although this is not a position shared by the Business Federation of the Unit (FED).

The association “sees absurdity” that it does not say in which residence a COVID case has arisen and asks that it be specified where it has been. “We are totally against saying which residence has the positive,” says the president of the FED, Rubén Otero. And they reject it for various reasons, mainly for the tranquility of the families and of the centers and workers themselves. “There are families that have residents in various residences. And I may receive a relative of that case in my residence and not take action,” he added.

The Mare Güell residence of Cervera (Lleida), also registered an outbreak of coronavirus that affects residents and workers, as reported this Saturday by sources from the Department of Health without giving much more details about it beyond the four cases detected this past week (and which have increased) and that Salud has forced several employees to be confined to their homes and isolated positive residents.

The residences, investigated for their management

The residences have been one of the major outbreaks of the epidemic in all of Spain due to the effect of the virus in this population, but their management has caused the Prosecutor’s Office to currently be open in Spain. 178 civil proceedings and 228 investigation proceedings to these centers for events related to the situation of residents during the pandemic by COVID-19. The Community of Madrid is the region that accumulates the most proceedings (147), followed by Catalonia (28), Castilla-La Mancha (23), Castilla y León (18) and Galicia (14).

He 18% of users (7,690) of nursing homes in Madrid they died between March and May, in the worst moments of the pandemic. Almost one in five, but the regional government has only intervened 14 of the 710 centers, 2%. Nor has the nursing home been medicalized, as the Madrid president, Isabel Díaz Ayuso, promised at the start of the pandemic.

In fact, the person in charge of the Madrid residences, Óscar Álvarez, resigned in late June in the middle of an incessant controversy about the management of nursing homes during the health crisis, although alleging that his resignation is due to “health reasons”.

Percentage of deaths over the total places in the centers where there was some death from COVID-19. The data is shown by health region. Click on the map for more information

Catalan residences are not spared either: el 59% of nursing homes in all of Catalonia (631 of 1,073) recorded deaths from COVID-19 during the harshest months of the pandemic, according to the official list of deaths in these centers that ElDiario.es has accessed through a request for transparency.

What happened inside the residences has been the subject of complaints by family members and is also being investigated by a judge in Barcelona. Last Wednesday, Civil Guard agents went to the Ministry of Economy, Health and Afers Socials, by order of the judge, to collect files related to the purchase of sanitary material as well as information on the eight nursing homes operated by the Generalitat during the State of Alarm.

Parallel to this judicial investigation, fifty relatives of elderly people who died in Catalan residences have denounced 31 nursing homes to the Prosecutor’s Office. The collective complaint considers that crimes of omission of the duty of relief and reckless homicide were committed in centers that, according to the complainants, had neither protective equipment nor sufficient spaces to isolate the coronavirus patients.