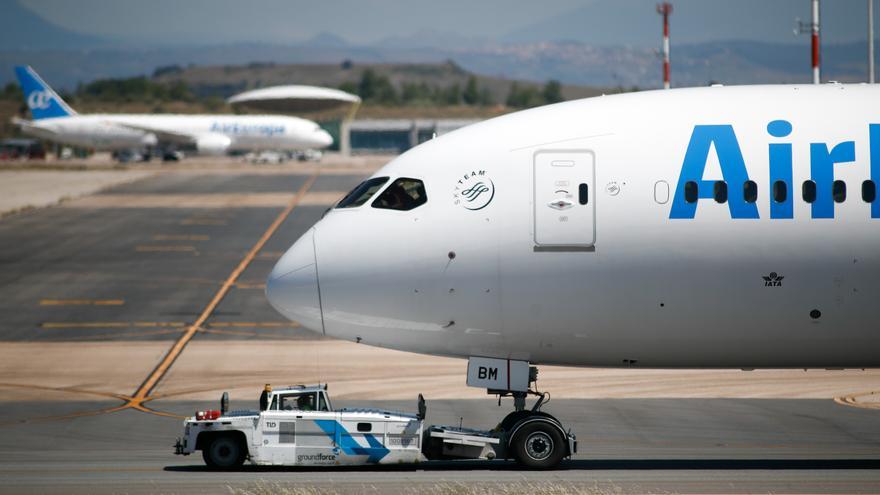 A few days ago, the European Parliament agreed on a resolution to lay the foundation for the European Reconstruction Fund: the ecological transition. It stated that spending related to climate change and biodiversity would rise to 40% and established that no action could be contrary to environmental objectives.

The reconstruction fund becomes essential not only because it involves an unprecedented volume of resources (750,000 million euros) but also because it lays the foundations for the economy of the future in Europe. In this future, the ecological transition becomes the main economic vector.

But the reality in the states does not quite fit this vision. Without going too far, a few days ago we also learned that the State government has decided a millionaire rescue: the decision to pour 475 million to the rescue of an airline, Air Europa, was announced. An airline that already carries 1,000 million in debt and that, like any company in this industry, is responsible for the emission of thousands of tons of CO2eq, the gas that fuels climate change.

475 million euros that not only could not be charged to the reconstruction fund announced by Europe but also contradicts the same European objectives for mitigating climate change. We have not yet received the first euro to overcome the current crisis and we are already spending millions in the opposite direction.

They are, in addition, 475 million euros that go against the very state law on climate change and energy transition that the government is promoting, in which the concept of decarbonization is among its main objectives. What things: at the same time that the rescue of Air Europa was known, the strategy of the Spanish State was presented to advance in the decarbonization strategy of the country.

Putting money in an industry that is one of the main players in the emission of greenhouse gases without any conditions is worryingly blind. It should only be remembered that the aviation linked to the El Prat airport in Barcelona emits 7.6 million tons of CO2, exactly twice as much as the whole city emits.

If the rescue of the sanitary crisis happens to aggravate the climate crisis, more than a rescue it is a condemnation.

Spain had the opportunity to, at least, put conditions on this rescue, as other countries did to its national aeronautical sector, also drowned by the health crisis like many other sectors related to international mobility. Asking them for an emissions reduction plan, the elimination of short flights with a rail connection – such as the airlift – or definitively eliminating the exemption in the consumption of kerosene are measures that are being implemented in other countries and that allow making an essential ecological transition to build future.

We are at a crucial moment for our future and that is why all the decisions we make must have a long-term perspective. Europe has learned its lesson and knows that there is no future or economic prosperity, if it does not integrate and lead the fight against climate change in all its decisions. The environment is no longer an externality or a burden to be a constituent element of the economic proposal.

The decarbonisation of the economy and the green economy are the pillars of the Europe we want to build, and that is why we must demand that they also be of the Spanish State, the autonomous communities and the municipalities. In Barcelona we have it clear.