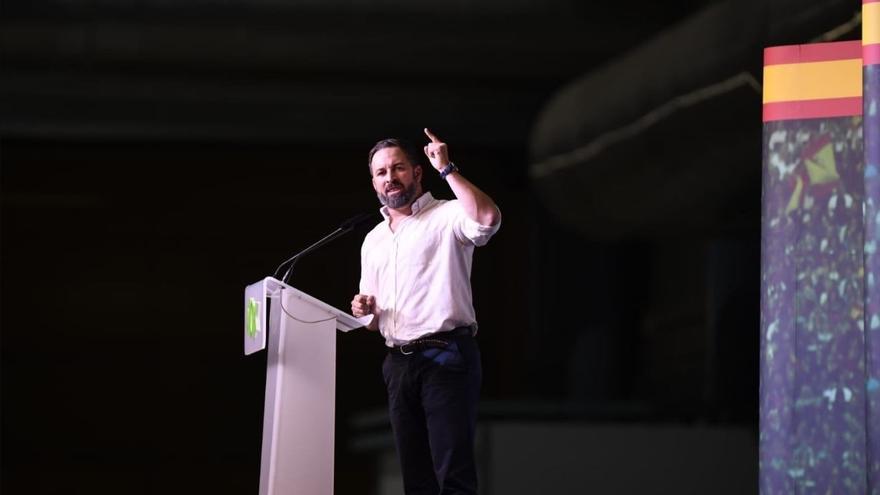 Vox has already completed its particular primary process to elect the Provincial Executive Committees (CEP), which have replaced some of the managers that the leadership of the far-right party hand-picked a year ago. The latest results that the Vox Electoral Committee has just released refer to the primaries of two of the three provinces where they were annulled and ordered to repeat them, recognizing that there were “serious irregularities” that “muddied the electoral process”: Alicante, Malaga and Jaén. In the first two there was no surprise and the ruling party candidates were victorious, although in the Andalusian province by a narrow margin of votes. In Jaén, finally they have not had to repeat themselves as the two candidates who were in the running have resigned, Salud Anguita, current spokesperson in the City Council and former provincial president of Vox; and his rival, the councilor of Martos, Gerardo Aceituno. The party has thrown down the middle street and has reappointed a manager.

According to the internal statement of the Electoral Committee, to which elDiario.es has had access, in Alicante Ana Vega, current president of the manager and trustee in the Valencian Corts, has won the process by obtaining 405 telematic votes compared to 280 for her rival , Rafael Ramos Rodríguez. Vega was accused by another of the applicants, Pascual Moxica, during the first trial, of committing numerous irregularities, for which she filed an appeal in which she provided evidence that the official candidate had breached the statutes, among other things, by collecting the guarantees before the deadline. The Electoral Committee, however, ignored this appeal and informed the politician from Elche that it had not gathered all the guarantees.

The one who had passed the cut had been Rafael Ramos, whose candidacy was supported by the military and national deputy Manuel Mestre. The latest irregularities attributed to Vega, and denounced on that occasion by Ramos’ team, occurred in recent days when, since the candidacy of the spokesperson in the Valencian administration, she had created a Telegram group made up of ex-affiliates and affiliates, some of the who filed complaints in a private capacity stating that Vega had violated the Data Protection Law by including them in a chat without their permission to collect votes.

In Malaga the current provincial president, José Enrique Lara, who was faced by retired Legion colonel Enrique de Vivero, has also won the victory. The result in these primaries has been much tighter since Lara has obtained 381 votes and her rival eleven votes less, that is, 370. The candidacy of colonel of the Legion protested against “the unjust invalidation of the VOX Malaga primaries decreed almost at midnight “, and accused the management of wanting to repeat the primaries” until José Enrique Lara wins. ”

Now a period of five days is open for the filing of new appeals. If not, Ana Vega (Alicante) and José Enrique Lara (Málaga) will be officially proclaimed as winners.

In the rest of the few provinces in which the affiliates of the far-right formation have been able to vote in primaries -which has ultimately been reduced to four-, the pro-government candidates have also emerged victorious, most of them surrounded by controversy.