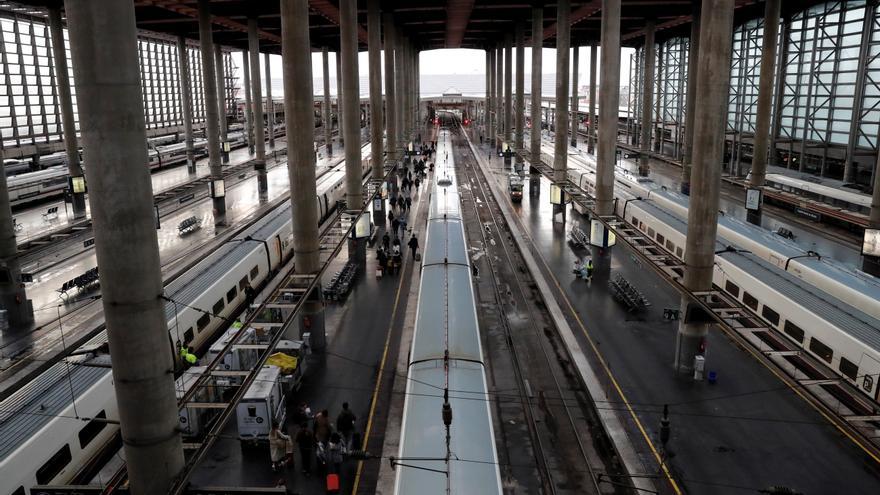 Second day of delays and suspensions in the country’s trains. Renfe has warned this Friday that the “breach” of the minimum services by a group of Renfe drivers has caused delays and cancellations in the Rodalies service in Catalonia.

The company has reported that the service “has started irregularly” and that there are “widespread delays” in Rodalies as a result of the strikes called by the Semaf drivers union.

Renfe denounces that the minimum services decreed, which involve the circulation of 85% of the trains regularly scheduled in Rodalies, are not fulfilled because some drivers have not shown up for work, despite “having the minimum services letter”, which the company considers it a “deliberate act”.

Incidents have also been reported in the Basque Country. Renfe has informed through its social networks of several suspensions and numerous delays, especially on the Bilbao-Orduña line.

Yesterday, a total of 325 trains that had to comply with the minimum services in the strike called have not circulated in Rodalies in Catalonia, in Cercanías de Valencia and, to a lesser extent, in Madrid. The strikes began at midnight from Wednesday to Thursday, according to Renfe sources told Efe. The protest has been called by the Spanish Union of Train Machinists and Railway Helpers (Semaf) for September 30, October 1, 4, 5, 7, 8, 11 and 12. The Semaf blames the incidents registered this morning for “the chaos of Renfe” in the delivery to the workers of the letter detailing the minimum services. Meanwhile, Renfe accuses the drivers of “unjustified absences”. Travelers can consult information about services at stations, telephone 912 320 320, and on Twitter accounts @InfoRenfe, @CercaniasMadrid, @CercaniasVLC and @rodalies.

What to do if your train is affected

For Ave, Long Distance and Medium Distance passengers whose train is affected by the minimum services Renfe has established the following after-sales measures: Passengers affected by suppressed trains will be offered, whenever possible, travel on another train in the schedule closest to the one purchased. If you do not wish to travel, you can cancel or change your ticket for another date at no cost. Cancellation or change operations can be carried out in all Renfe sales channels.

In total, Renfe has suspended the circulation of 892 high-speed and long and medium-distance trains during the first four days – on September 30 and October 1, 4 and 5 – of the eight-day strike. Of the suppressed trains, 267 are Ave and long distance and 625 are medium distance, to which are added 813 freight services that will not circulate on those days. Of the 970 Ave and High Speed ​​trains affected by the strike, 703 will circulate, 72%, and in merchandise, of the 1,063 affected, 250 will do so, 24%.

The Semaf union has called these mobilizations, among other reasons, to demand compliance with the employment plan and the agreements on the transfer of competences in rail transport to the autonomous communities, as well as the recovery of all jobs and services that are have been deleted in recent months.

Renfe has taken advantage of the pandemic, according to the union, to eliminate trains and reduce the workforce by about 700 jobs in all professional categories. Of the days called, there will be a 24-hour strike in six, on September 30 and on October 1, 5, 8, 11 and 12, and in two partial stoppages, on October 4 and 7.

Incidents in Catalonia and Valencia this Thursday, normality in Andalusia

Specifically, the circulation of 50% of the services in Rodalies de Catalunya (195 trains that should have circulated as Minimum Services), 57% of the Cercanías de Valencia (43 trains of the Minimum Services) and 26% in the Cercanías de Madrid (87 trains of the Minimum Services). To all these suspensions were added those that were contemplated in the Decrees of Minimum Services of the Ministry of Transport, Mobility and Urban Agenda (which contemplated the suspension of 25% of trains at rush hour) and of the Generalitat de Catalunya (suspension of the 15% of trains at rush hour). “All this explains the difficulties that have been experienced this morning in these three Cercanías nuclei, aggravated by the failure to comply with some minimum services,” Renfe said in a statement.

In addition, he accuses Renfe of having deprogrammed 500 trains with respect to the ministerial order that establishes the minimum services, on which the group has made a “mismanagement” that has caused, in his opinion, “that the service letter is not delivered minimum to many machinists. ”

The total stop at the Barcelona Sants station it took place around 11 a.m. and lasted until noon. In total, 81 Rodalies trains have been canceled and 47% of the service has been affected. In Valencia, of the 60 services scheduled until 10 am, only 31 circulated. The minimum services are being met normally in Andalusia, as reported by Renfe.

On the other hand, circulation has been practically normal in the rest of the Cercanías centers throughout Spain (Bilbao, Seville, Malaga, Asturias, Cádiz, Murcia-Alicante, San Sebastián …), in the Medium Distance trains and in the trains Ave, Avlo, Alvia, Euromed and Intercity, where the minimum services have been met almost entirely.

With the Semaf strike, which represents 85% of the driving force, on October 1, 4, 5, 7, 8, 11 and 12, the partial work stoppages called by the Railway Union against “the chaotic situation in which the Renfe group is plunged – in his opinion – as a consequence of company policies based exclusively on internationalization “.

In addition, the Railway Union agrees with Semaf on the need to confront the claims of the Government of Spain and the Generalitat of Catalonia to segregate part of the Renfe group, to transfer it to Catalonia, including personnel, trains and facilities.

Semaf indicated last Monday that it was going ahead with the call, after those responsible for the Ministry of Transport, led by its Secretary of State, Isabel Pardo de Vera, had refused to acquire any commitment in favor of maintaining the integrity of the Renfe group, as well as well as the permanence of its personnel, vehicles and material of the public company.

The presidents of Renfe and Adif, Isaías Táboas and María Luisa Domínguez, respectively, had informed the trade union organizations that, at the moment, rail transfers are one of the points of the dialogue table and that, for now, It is trying the possibility of transferring the financing of the neighborhoods to the Generalitat of Catalonia so that it manages the payment to the railway entity, instead of the current model in which the ministry made it directly.

Travelers can consult information about services at stations, telephone 912 320 320, and on Twitter accounts @InfoRenfe, @CercaniasMadrid, @CercaniasVLC and @rodalies.