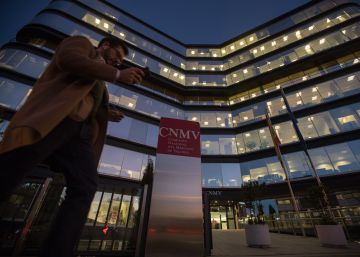 On February 8, a major change It affects the way in which listed companies communicate with the market. The famous “relevant facts” go to a better life. From now on the messages are divided into two categories: inside information and other relevant information.

This modification applied by the National Stock Market Commission (CNMV) tIt has its origin in the European regulation on market abuse, approved in 2014, effective since June 2016 and incorporated into the Securities Market Law in November 2018. When privileged information is published, companies must expressly state such condition , a specific file will be created on the corporate website for these communications, which will be stored for five years and will be separated from other publications.

The main characteristic to include a statement in the typology of privileged information is that, “if it is made public, it could have an appreciable influence on the price” of that company’s share. That is why companies must send this type of data to the CNMV, in addition to inserting it into their corporate website. And how does the legislator establish that these messages should be made known? Well, it establishes a series of requirements. The first, which should be made public “as soon as possible” and using the means “that investors trust”. The agency’s guide also stresses that listed companies should not “mix the information with the marketing“And that the information must be written” in a complete, clear, non-discriminatory and free way “.

It will be the companies themselves that decide whether an information is privileged or not. “A list of assumptions that always constitute, a priori, privileged information would not be compatible with the standard”, explain from the agency that Sebastian Albella chairs. However, the quoted ones are exposed to a sanction in case the CNMV determines later that the cataloging that they have made of a certain question has been erroneous. In the typology of privileged information they include from the bids until changes in the credit ratings, going through the annual accounts, the strategic plans, the issues of debt and the programs of repurchase of titles, among others.

In the application of the novelties introduced in the Securities Market Law after the entry into force of the European regulation, a series of exceptions are also contemplated in which companies may delay the presentation of privileged information. One of those cases is when three conditions can be fulfilled simultaneously: that their confidentiality be ensured, that they attend to legitimate reasons (to do some paperwork, for example) and that the delay does not lead to confusion. In the event that the data has been filtered and known by a part of the market, its dissemination cannot be delayed. The trading hours of the markets they will never be a factor to consider to delay their diffusion.

In exceptional circumstances, banks will also be allowed to postpone the dissemination of inside information to preserve the stability of the financial system. This possibility is designed primarily for serious liquidity problems.

In the case of communications that do not fall under the category of privileged information, called “other relevant information”, those messages that have no capacity to affect the price of quotes are included. Here, the annual financial and audit reports, corporate governance and remuneration reports of the board, among others, would be framed.

The channels of communication and publication of the relevant facts of collective investment institutions and other authorized entities remain unchanged, so they will continue as before.