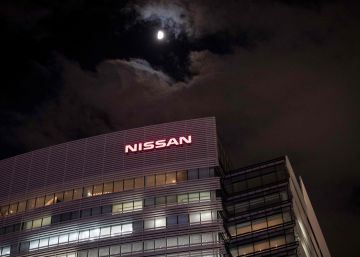 After the fall of Carlos Ghosn, protagonist of a cinematic evasion of Japanese justice two weeks ago, I could follow shortly that of your business legacy. Twenty years ago, the former president of Nissan was the warp of the union of the Japanese company with the French Renault, an entente of which Mitsubishi is the third leg and that manufactures one of every nine cars in the world. This alliance, submitted from the beginning to constant turbulence, could be about to collapse.

Nissan’s dome would have accelerated a secret contingency plan to study the impact of a possible breakdown, reports Monday Financial Times The program, which would entail a partial renewal of the board of directors, would go through studying what benefits the Japanese firm obtains according to the current arrangement, particularly in technological and engineering matters, and how it would be affected if it were forced to provide those elements independently.

The crisis by the fall of Ghosn

It is not the first time that these industrial branches are a matter of concern in Tokyo. Even during Ghosn’s leadership era, when the alliance lived its best days, the decision to intertwine the engineering and manufacturing divisions of both companies generated discontent among Nissan’s engineers, who understood it as an interference in the identity core of the Japanese house.

The implementation of this plan would align with the arguments of Ghosn’s defense. The businessman, accused of embezzlement, has maintained his innocence at all times since he was first arrested in November 2018. His thesis is that the case is part of a plot against, orchestrated by the Nissan nationalist faction , before his plans to carry out a total merger with Renault.

According to the anonymous sources cited by the British newspaper, all efforts to improve relations would not have borne fruit. A majority of executives of the Japanese firm already considers that the alliance balks its economic march. Currently, Renault owns 43.4% of Nissan’s shares, which in turn owns 15% of the French automaker, although without voting rights.

They should look for new partners

A hypothetical fracture would leave both of them faced with the need to find new business partners in an industry that suffers from diminishing sales and emerging costs. The urgency would be even more pressing considering that its rivals are joining forces, with the merger of Fiat Chrysler – company for which Renault bid last year in an operation that failed partly because of the tension between the partners – with PSA on one side, and the Ford and Volkswagen alliance on the other.

This news comes precisely when it was expected that in the coming weeks the president of Renault, Jean-Dominique Senard, announced new joint projects, intended to demonstrate that The Franco-Japanese nexus remains fruitful. “We will not survive if we do not move quickly and really cooperate,” he said last month in an interview with the same medium. One of those projects is Ariya, a fully electric vehicle developed that Nissan intends to launch in less than three years, developed thanks to the collaboration of Renault.

Senard had expressed his wish that the landing of a new leadership at Nissan would contribute to improving relations between the two firms, which have been badly damaged since the fall of Ghosn. Last October Makoto Uchida, head of operations in China since 2018, took the reins of the company. In his appointment, which was unanimous, he weighed his international experience and his dedication to the alliance with Renault, as the head of the selection committee then declared. But the plans sometimes change.