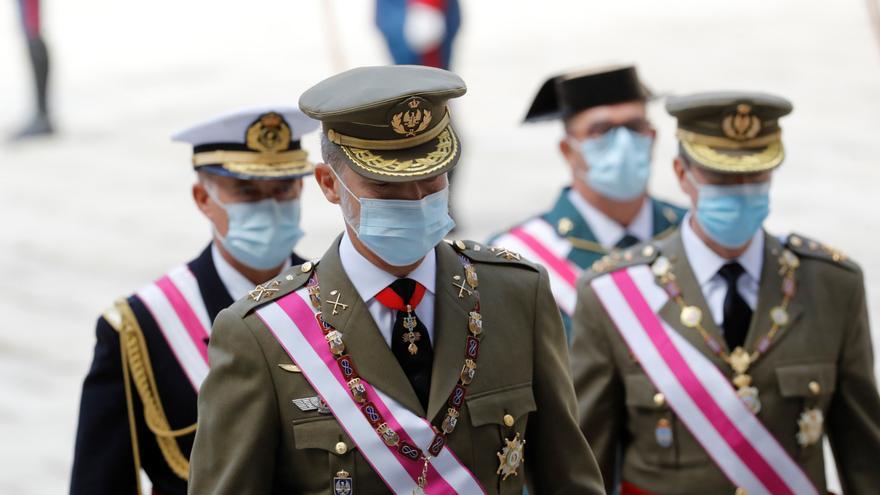 The PSOE has joined PP, Ciudadanos and Vox on Tuesday against the processing of an ERC bill to “decriminalize insults to the Crown and outrages to Spain.” The initiative will therefore not be approved despite having the support of United We Can and the nationalist and independence forces, all of them groups that facilitated the investiture of Pedro Sánchez, in January.

The Republican proposal has once again evidenced the division that exists within the progressive government over the monarchy. Thus, while the PSOE stands as a defender of the figure of the king and of the State model included in the Constitution, United We can openly advocate to initiate the process and the debate that allows progress towards a “republican horizon.”

“We have discrepancies, but we hope that we can coincide on the republican horizon because we know that they have a republican soul,” Jaume Asens, spokesman for the confederal group in Congress, told the Socialist deputies during the debate on the initiative that was has produced this Tuesday in the Plenary of the Lower House.

ERC intended with its proposal to eliminate the articles of the Penal Code that regulate slander and insults to the Crown or members of the Royal Family and offenses or outrages to Spain, its Autonomous Communities, symbols or emblems made with advertising. The proponent group argues that “an advanced and modern democracy must assure citizens their full right to freedom of expression.”

The Catalan republicans also maintain that the State must overcome “censorship that classifies the burning of flags or insulting the Crown as crimes” by invoking, they say, the Universal Declaration of Human Rights or the Convention for the Protection of Human Rights. Human and Fundamental Freedoms.

In her turn to speak, the PSOE spokesperson during the debate, Isaura Leal, defended her group’s rejection of the initiative in which “the Constitution collects and mentions symbolic elements when it refers to the flag as a symbol, while designing a institutional system based on the parliamentary monarchy “. For this reason, he has defended the sanction of “attacks” on the institutions, although he has considered that “the debate demands and requires a deep debate and a basic consensus that is not present at this time.”

“This is not the time to open the debate on decriminalization, because it means distracting and placing it in the field of demagoguery and provokes unwanted interpretations,” he assured, before denouncing that the ERC proposal seeks to “weaken the institutions of the State. However, the socialist parliamentarian has opened up to seek “consensus” on the matter in the future.

The jurisprudence of European justice

The European Court of Human Rights (ECHR) has reprimanded Spain on several occasions for the provisions on the insults to the king and the outrages to Spain that it considers outdated and contrary to the European Convention on Human Rights.

The last slap on the wrist occurred in March 2018 and it was as a result of the appeal of two young men, Enric Stern and Jaume Roura, convicted of burning photos of the king in a 2007 protest in Girona. His passage through the Spanish courts ended with the Constitutional one confirming the penalty of fifteen months in prison, replaced by a fine of 2,700 euros. They then took the case before the magistrates of Strasbourg, who finally ruled against the Spanish justice once again by considering criticism of the king within freedom of expression.

The ECHR ruling corrected both the conviction for insults to the crown imposed on the two young men by the National Court in 2008 and, in particular, the refusal of the Constitutional Court to grant them protection in 2015.

The sentence then dedicated a paragraph to remind Spain that “the increase in protection -to the Crown- by a special criminal law is in principle incompatible with the spirit of the European Convention on Human Rights.” “The interest of a State in protecting the reputation of its own Head of State cannot justify granting him any privilege or protection,” argued the European judges.

Brussels investigates Google for abuse of position in online advertising