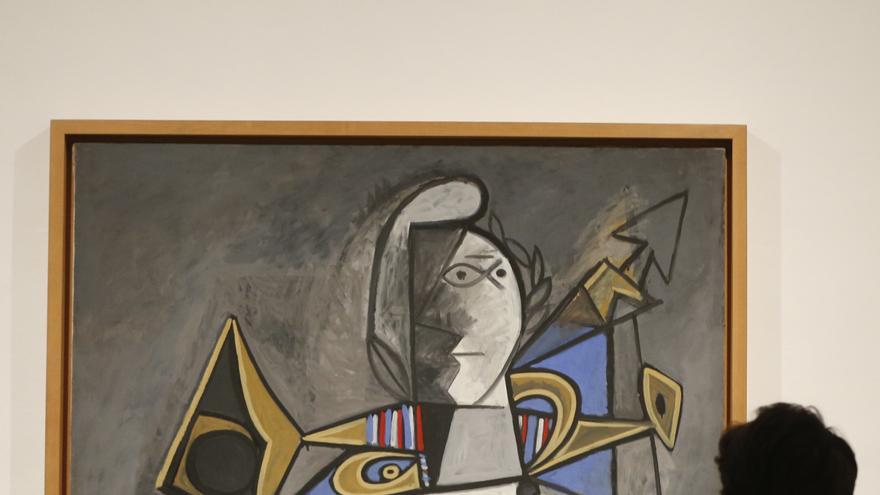 The Reina Sofia Museum, in its desire to “recover and create heritage” and to “settle a historical debt”, proposes, in an exhibition that can be seen until mid-September, a journey through the eyes of Dalí, Gutiérrez Solana or Miró, “exceptional” artists who lived through the Spanish Civil War and exile.

The Reina Sofía opens its doors to this new “episode” of the history of Spain with this exhibition composed of more than 300 works made in different formats by around a hundred artists who worked in the tcultural and artistic erreno between 1939 and the 50s, Inside and outside of the country.

An ambitious exhibition, with which, according to the director of the museum, Manuel Borja-Villel, this institution has told Efe again reveals that it is “a public service” which aims to “recover and create a wealth and heritage”.

“That heritage that is not only what is lived in a geographical territory. We want to make it known and understand where we come from and what we are, that we are instruments to understand this present, which, at least, is quite dystopian, “he added.

For this reason, from the Reina Sofía, through their funds, they now propose to know this period in the history of our country in which national or international creators such as Dalí, Miró, Tápies, Santos Yubero, Modest Cuixart, Nanda Papiri, Delhy Tejero o Helen Lewitt reflected her way of understanding her time.

“The period of exile covers a historical debt, which is to collect what these exceptional artists were doing “, Borja-Villel affirms about the work they did “despite the brutality and closure of the regime.”

“This exhibition shows us that despite everything there were small groups and elements that allowed certain creation spaces, including humanity, like the one around the Quail review or the Altamira school, “he clarifies.

From “victory” to “the vanguard”

Thus, and throughout 16 rooms on the fourth floor of the Sabatini building, the tour begins at the room titled “La Victoria”, where the entry of the Francoist army in Madrid can be seen in the film “Ya el cortejo” (1939), by Carlos Arévalo, as well as the portrait of “Ramiro de Ledesma” (1945) by Pancho Cossío or the photographic series “The architects of victory in heaven, sea and land” (1939) by Ángel Jalón, which try to reflect the image of a “triumphant” Spain.

The next room, “El Pan y la Cruz” is, however, the contrast and in it is clear, on the one hand, the Spain of silence and prisons, of hunger, of ration cards. Aspects that are reflected in paintings highlighted by Borja-Villel as “The seamstress (1943), by José Gutiérrez Solana.

And so the visitor will continue the tour of other rooms such as the call “Modern bet for the new Social Housing” where you can see a video of a NODE about the 1952 Eucharistic Congress in Barcelona. Or the call “The frivolous avant-garde in the postwar period”, where some artistic expressions of the first modernity emerged during the Franco regime are exhibited, with figures such as Salvador Dalí, Luis Castellanos or Ángel Ferrant.

The tour ends with some New York snapshots of American photographer Helen Lewitt, collaborator of Luis Buñuel in several of the documentaries that the director made in the North American city to help the Republican cause.

The art of the concentration camps

“People who come to the exhibition will be able to see it through the forms and drawings and the plastic or architectural or filmic expressions of these authors, but they can also understand an era, where we come from. The good and special thing about the artistic world is that it makes you feel it through your skin, you cannot be oblivious“, explains the director of Reina Sofía.

Also, as highlighted, in this exhibition there are an “absolutely novel” element, which is the material they show from concentration camps, pieces to which “one cannot remain impartial, one cannot stop being affected”. It refers to the works of Josep Bartolí (Spain, 1910- USA, 1955) or José García Tella (1906-1983, Spain), who were in concentration camps.

In mid-September The Reina Sofía museum will continue to explore the history of Spain through its collections with another exhibition that will cover the end of the 19th century and the beginning of the 20th century and in November the “most modern” will be inaugurated, the one that will address the 21st century, an exhibition that will be the one that makes “the most sense in the dystopian world” in which we live, Borja-Villel concluded.