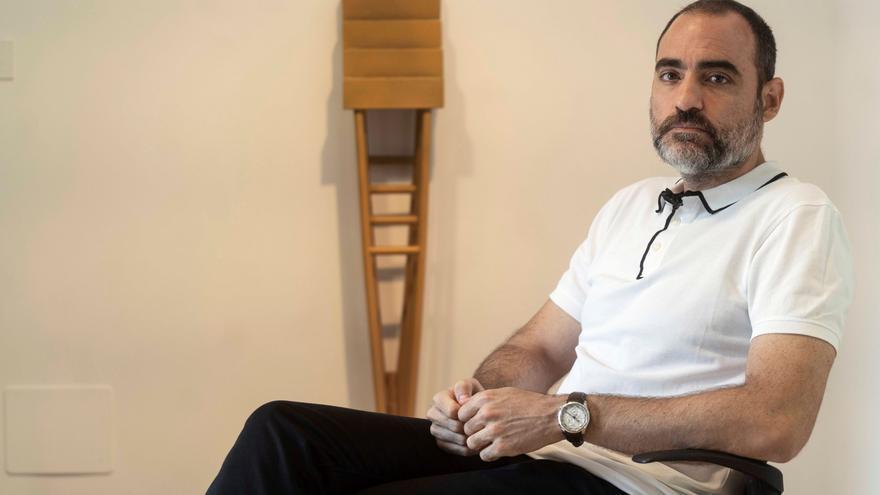 Córdoba, Jun 20 (EFE) .- The Reina Sofía National Art Center Museum has acquired works by the artist Pepe Espaliú (Córdoba, 1955-1993), which represent two antagonistic stages of his creative process, one of his beginnings and the other of its peak time.

It is an oil on canvas of small format (51 by 73 centimeters), without title, with the signature of the author and dated in 1983, a time that Espaliú himself does not catalog, and a painted iron sculpture from 1993 entitled ‘Paseo del amigo II ‘, from the series’ las crletas’, shown in his last exhibition while he was alive, in the spring of 1993 at the Antonio de Barnola gallery in Barcelona.

The Ministry of Culture and Sports has exercised the right of first refusal when both pieces have gone on sale, in different sessions, at the Segre Auction in Madrid, the canvas for 3,200 euros and the sculpture for 8,500, the starting prices

For one of the specialists in Espaliú, the coordinator of the art center that bears his name in Córdoba, Óscar Fernández, “the two pieces represent very different moments in his work, despite the fact that the passage of time between them, ten years, it’s small. ”

As he told Efe, “the one from 1983 is a Espaliú that is not yet mature, since what is considered his canonical work began in the years 86-87, which is when he began to collaborate with the gallery ‘La Spanish machine ‘and it is a work that is a bit tentative, searching “, very marked” by the pictorial influence of its time, but which somehow advances some keys to its language “.

For the director of Contemporary Art at Subastas Segre, Marta Cuadros, “this happens to all artists in the world, they find their point of work as a result of a development of themselves, of painting”.

“First they learn and then they find a place, but it is an exquisite piece, as much as the crutches, what happens is that the crutches are much more significant,” he says.

In fact, the reference cataloging of Espaliú’s work, made by the Reina Sofía Art Center on the occasion of the 2003 exhibition, begins to date his work to 1986, Fernández points out.

On the canvas, he points out, you can see “two antagonistic figures, that game with the double that Pepe was very interested in” and also “the expressionlessness that is also advanced in that work, in the sense that there is no emotion in the first layer of the work “.

For Fernández, it is “a much better known and better documented piece that was presented in his last solo exhibition, which was the Antonio de Barnola gallery in May 1993, and responds to the last series that he started before he died, which It is those of the crutches. ”

In his opinion, it is a synthesis of “the keys to his last period”, where “concern for AIDS, disease, political commitment, the idea of ​​care, that treatment of sculpture that is both an object and a sculpture, which is much more recognizable. ”

Espaliú confessed in an article in ‘El País’ in December 1992, already known the disease that ended months later with his life and after starring in the transport of the human chain on International AIDS Day of that year, that homosexuality “was the the first sign of exclusion from that world “which meant” living within an imposed social scheme from which we are excluded and with which we have nothing to do “.

Óscar Fernández assures that the sculpture depicts that line that Espaliú would have aspired to continue developing if unfortunately he had not died of AIDS ”almost a year after those demonstrations, in November 1993.

Marta Cuadros told Efe that ‘Paseo del amigo’ is “much more significant and more emblematic because of the meaning it has” and that, in any case, “Pepe Espaliu is a great in any of his forms of expression, before and after reach its maximum development “.

The acquisition by the State of both works is, in the opinion of Fernández, the result of “a moment of recovery of the work of Pepe Espaliú”, where the low price quoted on the art market favors transactions.