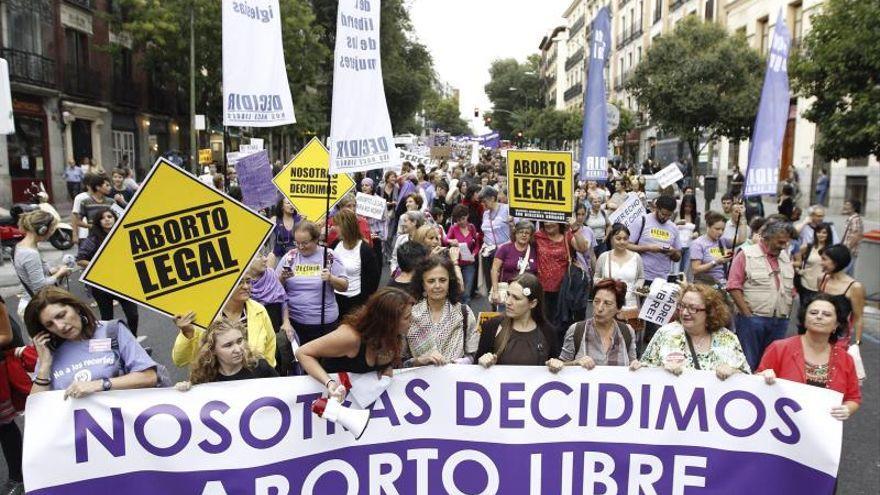 Entire hospitals that declare themselves objectors, autonomous communities that allude to it to explain why they do not assume abortions in public health. Access to the voluntary interruption of pregnancy in Spain is in many cases still hampered by a use of conscientious objection contrary to the law. This is evidenced by the cases of women who are denied abortions for medical reasons in public hospitals and the thousands of them forced to move every year to another province to be able to access the intervention.

Therefore, one of the keys that will articulate the reform of the law being prepared by the Ministry of Equality It will be the regulation of the objection, an “urgent” step, Irene Montero pointed out this Thursday, so that it does not become an obstacle. The idea is to do it in the style of the Euthanasia Law and the Ministry expects to have a draft ready in December. Montero has defended “to respect the right of those who do not want to do it”, but, he added, “that person has to be in a registry.” The objective is that health services can organize themselves knowing in advance who objects and who does not.

The norm that regulates euthanasia took a further step in how it embodied this right of doctors and directly obliges administrations to create that registry of objector professionals subject to “strict” confidentiality and data protection so that “proper management can be guaranteed. of the benefit “, it stipulates. Through the manual of good practices, the Ministry of Health added that it is an “individual, not a collective” right that health centers must know to “organize” services, but that it cannot be used to “discriminate” the professional no way.

But in addition to the Euthanasia Law, there is the precedent of the registry for abortion objectors developed in Navarra in 2011, endorsed by the Constitutional Court, which in 2014 resolved an appeal of unconstitutionality promoted by more than 50 deputies of the Popular Party. The popular defended that it could become “an element of coercion” and discrimination and violate “the freedom of conscience” of doctors. They literally went so far as to say that it would serve to draw up a “black list” of professionals whose “only crime” would be to exercise a fundamental right, that of objection, recognized by the Constitution.

The court, however, considered that it was a measure “for organizational purposes and for an adequate management of the provision” of abortion. “It is not unreasonable or disproportionate for the Autonomous Administration to provide in a law the need to know, at least seven days in advance, what specialized personnel it has to carry out the voluntary interruption of pregnancy in order to plan the necessary human and health resources to comply with the provision to which it is obliged “, pray the ruling, which only annulled one point of the rule to limit who could access the registry.

However, the idea of ​​launching registries does not appeal to medical colleges. The creation of the registry for euthanasia already raised dust at that time and the General Council of Official Medical Associations (CGCOM) assured that “it could go against the right to confidentiality and non-discrimination.” In July, when Irene Montero announced her intention to regulate it in the same way, the body again spoke in the same direction and saw in the minister’s plans an attempt to “hinder” the exercise of the objection.

The issue has returned to the table as a result of the testimony of the woman to whom the public hospital Clínico San Carlos de Madrid denied the abortion despite the risk she was running, according to unveiled the Cadena SER. The center declared conscientious objection of the entire service, a performance endorsed by the president of the Community of Madrid, Isabel Díaz-Ayuso, because you cannot “force” a doctor to act against their conscience when they “save lives and not the opposite.” Francisco Igea, vice president of Castilla y León, has defended making both rights “compatible”.

The CGCOM has also ruled on the matter again. Its first vice president, María Isabel Moya, has defended that the right to object of doctors “cannot limit” the provision of abortion, but at the same time has opposed that the reform of the Equality law “put the focus on the exercise “of this right of doctors,” to make it difficult, “he reiterated. The CGCOM believes that the solution is to aim at “the management and planning of health resources” with the aim that access to abortion occurs “with all guarantees.”

Conscientious objection is a recognized right of doctors, but of each of them individually; it is not a collective right, and its exercise cannot “undermine access and the quality of care of the provision,” specifies the Abortion Law. It also requires that whoever is an objector declares it “in advance and in writing.” However, in practice this is not happening: “There is no desire to clearly see what degree of objection there is and how many professionals the system has to put it into practice or not,” Abel explained to this medium a few months ago. I resign, gynecologist at the Hospital de Burgos.

“Conscientious objection is being one of the institutional umbrellas for not carrying out interventions in public health. There has been no political will to monitor it or guarantee that the provision is being carried out. What exists is a kind of tacit agreement to that in some places it is done and others not, but in no case can the objection be above the right to abortion, “explains Raquel Hurtado, coordinator of the Social Intervention Area of ​​the State Family Planning Federation (FPFE).

It remains to be seen how the application of the registry turns out in the case of euthanasia, but experts and associations do defend taking this step also for abortion, although they agree that by itself, without the involvement of the regional administrations, it will not solve the problem. “The registry is a way of guaranteeing that the objection is individual. As soon as it exists and it is known what resources the service has, and as long as there is political will to monitor and control it, it can be used to resolve it,” says Hurtado.