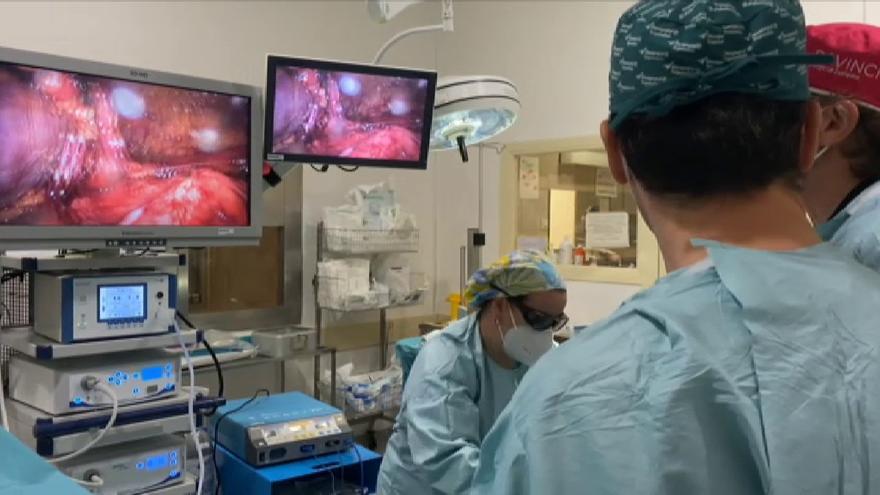 The Regional University Hospital of Malaga, in the middle of the pandemic of COVID-19, has participated in a transplant kidney from international living donor cross, together with the Fondazione Policlinico Universitario Agostino Gemelli IRCSS in Rome and both recipients and donors have already been discharged after presenting a good evolution.

Coordinated by the National Transplant Organization (ONT) and by the Coordination of the Malaga Transplant Sector, this milestone in Malaga public health has involved the work of more than fifty professionals who worked in coordination with similar teams from the Roman hospital.

As reported from the hospital in a statement, Surgeries began at the same time in both hospitals, specifically at 8:00 a.m., ending the implant in Italy at 6:00 p.m. and, in Spain, two hours later.

The plane with the refrigerator that transported the organ of the donor from our country left Malaga at 11:07 am and landed at the Rome Ciampino airport at 1:45 pm. There he collected the graft from the donor from Italy and returned to Malaga just a few minutes later at 1:54 p.m. In the case of Malaga, the recipient was a 44-year-old man and the donor his mother, a 66-year-old woman.

The crossover kidney transplant program is based on the exchange of living kidney donors between two or more couples. Its objective is to offer patients with chronic kidney failure the possibility of receiving a living donor graft, even though their partner or family member, who wishes to make the donation effective, is incompatible.

The nephrologist in charge of the Living Donor Kidney Transplant program at the Regional Hospital of Malaga, Mercedes Cabello, explained that “for a person with kidney failure, the best treatment option is kidney transplantation and within this the living donor, but in Sometimes he comes with his possible donor but presents an incompatibility, so we resort to cross-breeding. An organ from a living donor supposes a substantial improvement in his quality of life after the intervention, “he says.

The first time that the Regional University Hospital of Malaga participated in a crossover kidney transplant was in 2013 with another Andalusian center, specifically the Puerta del Mar in Cádiz. “This type of transplantation is an opportunity. It has been possible to do it in this difficult time of the COVID pandemic and, nevertheless, the system has been able to carry it out. All transplants involve a lot of effort and a lot of work and it expands it internationally and with As expected, the system has shown its strength “adds the doctor.

For her part, the in-hospital coordinating nurse and head of Live Transplant Coordination of the Regional Hospital of Malaga, Pilar Ruiz, acknowledges that Collaboration between centers has been “fundamental”, since the need for organs to travel to be transferred internationally increased its difficulty and great teamwork. “The complexity of the organization is greater. It was about putting a lot of people in agreement, starting at the same time, synchronizing highly-prepared teams controlling schedules and trips. It is very gratifying to know that all the effort has been worth it.”

Crossover transplantation involves complicated logistics process, which becomes even more complicated with its internationalization, which requires full collaboration between the central offices of the national transplant organizations of Spain and Italy, the regional and / or regional transplant coordinators and the medical teams of the two hospitals that have participated in this operation.

This timeSince it was not possible to meet in person, all the preparations have been carried out electronically. Since the ONT carried out the crossing in which the possible compatibility between these two couples and the transplants was detected, 13 weeks have elapsed. The best date has been sought by assessing the epidemiological situation of both countries and, specifically, of the centers involved.

In this fourth successful crossing of the international Crossover Kidney Transplant Program -one with Portugal and three with Italy- 10 Spanish hospitals, 7 Italian and 1 Portuguese have participated, with a total of 114 donor-recipient couples who had not achieved an adequate exchange in their countries. 62 from Spain, 31 from Italy and 21 from Portugal.

The use of increasingly less invasive surgical techniques and the study and care of the donor (before, during and after the intervention) have made it possible to promote this type of transplantation, given that the possible complications for the donor have decreased considerably and currently the Renal extraction from vivo is considered a low-risk procedure.

Coordinated by the ONT

The ONT, who has coordinated this operation at all times, has contributed your experience in this type of transplant and the computer platform that allows analyzing the exchange possibilities between couples registered in the International Registry.

Each year, the National Transplant Organization promotes three crosses between the participating countries (Italy, Spain and Portugal). In this program France, Switzerland and Greece are also interested, that could be incorporated soon which would mean a greater probability of getting the best crosses.

The ONT is also in charge of managing the crosses of the pairs, adequately informing the participating countries about the possible combinations detected after each crossing and developing an annual report on the results. To achieve this objective, the web platform of the ONT’s cross-kidney donation program has been adapted, containing information on all incompatible donor-recipient pairs. This platform is located in the ONT and its staff is in charge of its maintenance and administration.