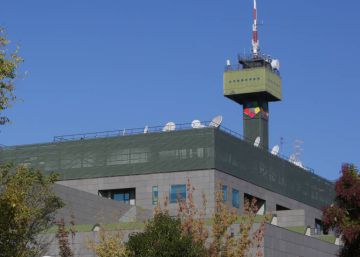 While the widespread trend in the increasingly fragmented current television landscape is the decline in the audience of traditional networks (except for honorable exceptions of certain programs and channels that have managed to stay strong), the regional channels encompassed in the Forta boast of strength . In 2019, and for the third consecutive year, their televisions grew in audience. While in 2018 the average daily quota was 7.8%, in 2019 the figure improved to 8.2%, the best result of the last six years, according to data from the Kantar Media auditor.

The upward trend is further reinforced by the data for the month of January: the 8.4% screen share they achieved translates into an average daily increase of 3.3% compared to the same month in 2019. The weight of the regional chains in the informative strip, that is, from 2:00 p.m. to 3:30 p.m. from Monday to Sunday: in January 2020, the average screen share at that time was 12%.

“These data demonstrate solidity in the autonomous public audiovisual services in a changing environment such as audiovisual today. The viewers support our content and service to the multiple options offered by the market, ”says Juande Mellado, president of the Forta, in a statement.

The strength of the regional ones is also reflected in the 323 audiovisual productions that they jointly financed in 2019. Of these, 60 were fiction feature films, 74 documentary feature films, two animated films, 85 were television documentaries, 15 television movies, four miniseries , 11 fiction series, 18 documentary series, two animation series and 52 short films. Highlights the joint creation projects between Forta channels, a collaboration that made possible series such as The living room, in which nine autonomous chains participated, or The last show, produced by Aragón TV but that will be broadcast in six other regional Forta and Extremadura Television.