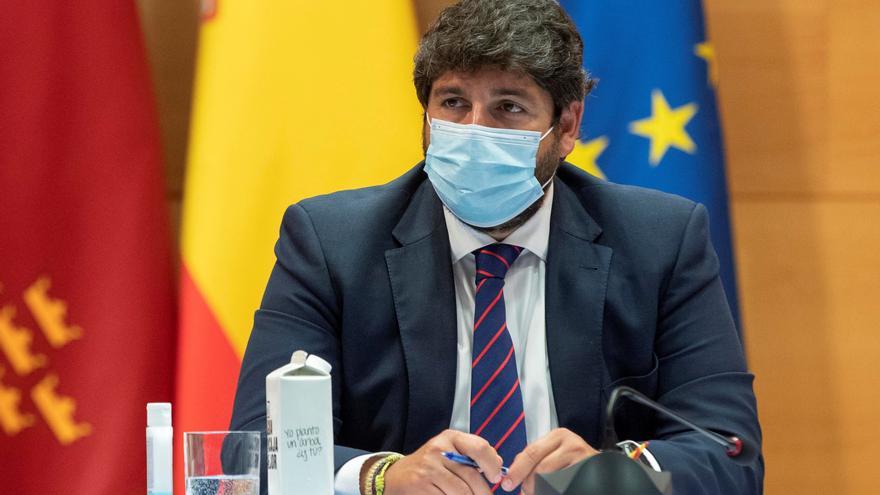 The situation has gotten out of control across the country this week. Many autonomous communities have been asking in recent days for the declaration of a state of alarm, and some even dared to express their intention to establish a night curfew to limit movements in the early morning. This is the case of the Region of Murcia, whose president Fernando López Miras assured that legal procedures were being studied to implement the curfew in the Community as soon as possible.

With the state of alarm, everything has accelerated. In an appearance that has just concluded this Sunday afternoon, Fernando López Miras has expressed his "loyalty" to the decision of the national executive, celebrating the end of "offering seventeen different responses to the pandemic."

On Friday, the Region of Murcia asked for a guarantee to take measures from the regional level, and today the request has been fulfilled. According to Miras, his government "assumes the powers that the state of alarm deposits in the Autonomous Community." Thus, in a press conference offered yesterday by Jaime Pérez, the technical spokesperson for the COVID Monitoring Committee in the Region, the intention of the executive to implement more restrictive measures was glimpsed, in addition to the already announced curfew. This has been assured by Miras, which from now on is holding an Extraordinary Government Council to "give an account of them" once the meeting is over.

Finally, the president of Murcia has ended the appearance asking the "maximum effort" to the population in the face of the possible collapse of the health system. "We want to avoid any drastic measure, such as the closure of the hotel industry. But we are not going to stop taking any measure that guarantees health," he concluded conclusively.