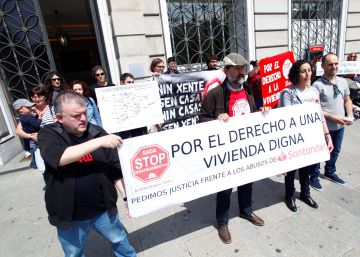 One of the most ambitious aspects of progressive coalition agreement between the PSOE and United We Can refers to the commitments about housing. There are two notable principles: to establish the active housing policy as a basic instrument to reduce inequality and to consider “housing as a right and not as mere merchandise”.

These principles are developed in a long list of concrete measures. They emphasize the progressive extension of the rickety housing budget; enable municipalities and autonomous communities to establish benchmarks that can curb abusive rent increases; Immediate relocation to tenants who cannot pay rents; promotion of social rent for victims of foreclosures; protection of mortgaged persons; mobilization of public land for housing in social and affordable rent, and a plan of agreements of the Sareb with municipalities and communities to promote social rents. These ideas have not fallen from the sky. In large part they collect the proposals defended alone by the Mortgage Affected Platform during the last decade.

These are necessary and urgent measures in the face of the dramatic deficit of equipment and rights. As Carme Trilla, one of the best connoisseurs of this sector, recalled, housing funds in the State Budget were reduced from 1,500 million euros in 2009, to 450 million in 2018. In the same period, protective housing Official initiates dropped from 68,000 to 5,000.

In the territory of rights the delay is enormous. As explained by lawyer Verónica Dávalos, an expert in European law, “the Constitutional Court has not yet recognized housing as a fundamental right as the EU Court of Justice has done”.

Solving the need for housing in Spain seems mission impossible. But there are examples like the one in Red Vienna, which denies it. In 1920, Austria was organized as a federal republic and Vienna became one of its states. Then the city had a huge homelessness. The situation changed radically with the Social Democrats who built 65,000 homes between 1923 and 1934, as Andoni Unzalu explains very well, in Stellar moments in the history of socialism (Waterfall). The City Council, which had fiscal autonomy for being a federated State, financed all the works, without ever resorting to credit, relying mainly on a 0.5% estate tax. The principle was "the rich have to pay."

A century later, Vienna remains the reference. 60% of its inhabitants live in subsidized housing or municipal flats. The City Council owns 220,000 homes and another 200,000 have been built by nonprofit promoters or with limited benefits. A utopia turned into reality. We must take advantage of the sensitivity of the new Government and the harmony with the policies of several autonomous communities and municipalities. In this matter, the federal spirit, that is to say, to agree, is essential.

These are the cheapest hours of electricity this Wednesday, July 6