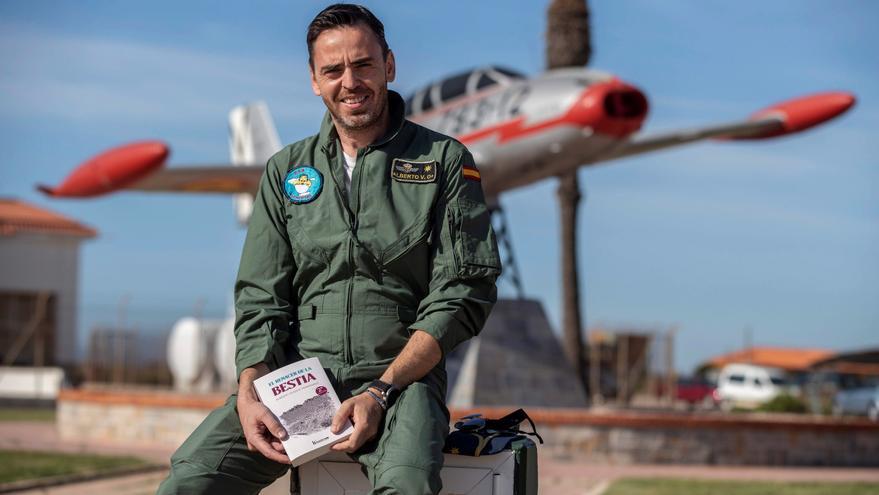 Murcia, May 26 (EFE) .- Alberto Vicente Fernández is commander and flight instructor at the General Air Academy (AGA) of San Javier and, pushed by the pandemic, author of “The rebirth of the beast”, a youth novel with hints of fantastic literature that narrates a centuries-old legend between Andalusian caves, spells and dragons with three brothers as protagonists.

This first book, as he narrates in an interview with EFE, was born as a gift to his children on Christmas 2020 and was never written to be published. In fact – he recalls jokingly – no one from his closest environment knew of his love of writing and it was “quite a surprise” for his parents, siblings and even for the military community, his second family.

The novel, set in the mountains of Jaén, is structured in two parts and tells the feat of a teenager to prevent a terrifying dragon from waking up from a long slumber that sowed panic on earth for centuries.

“When we traveled to Úbeda to visit my children’s family I always fantasized about a cliff in the shape of a dragon or dinosaur that is about 70 kilometers away. I told them stories, fantastic stories that I half made up and Tito, my oldest son, was always protagonist “, explains Alberto Vicente (Molina de Segura, 1979).

Devourer of noir and fantasy novels and history books, and inspired by the American adventure films of the 80s and 90s, this military pilot began to shape those improvised tales at night that he told his little ones in the hours of car between Murcia and Jaén, and was spinning them into a story of heroes and dragons to print it at home and give it away at Christmas.

“The divorce came and I stopped writing until the pandemic and the forced confinement appeared,” says the author humbled, who, thanks to the enthusiasm aroused in his current partner to read the text without him knowing, decided to continue with the second part and offer it to the publishing market.

“The rebirth of the beast”, edited by Publish way and now in its second edition, “is the book that I would have liked to read because it has a mixture of many genres and, although I wrote it with my children in mind, it is directed to the general public who enjoy legends and adventures “, explains Alberto Vicente.

With the modesty overcome for having shown “something as intimate” as writing, this pilot is now documented to undertake his second literary project: a novel located for the most part in Molina de Segura, his hometown, and in the “multitude of small hidden treasures that must come to light to make their wealth known. ”