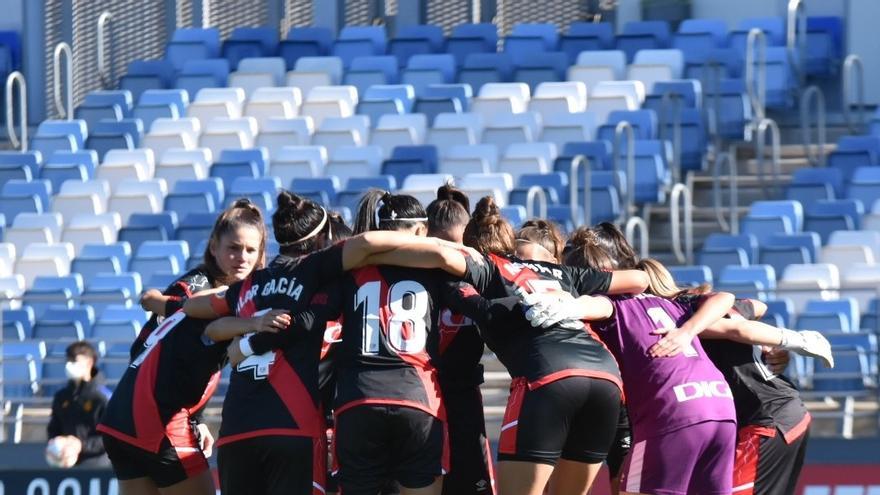 "We need to do like those of the Arandina, that we take one, but that she is of legal age so as not to get into jaris and charge her all together." The coach of the Rayo Vallecano women's team, Carlos Santisa, sent this audio message to a WhatsApp group that he shared with the coaching staff of his previous team, four years ago. His words, which have been made public and which he himself has acknowledged, have raised a huge stir, also among the Rayo fans and among their players.

"We disapprove and reject these statements for being contrary to the dignity of women and that they are of a seriousness that is not acceptable in any case," the women's team squad said in a statement. "As soccer workers and professionals we are going to be belligerent against expressions of this nature. We want to make it clear that if these words had corresponded to facts, we would have reported it immediately to the judicial authority," they continue.

The Association of Spanish Soccer Players (AFE) is going to take the matter to the Commission Negotiator of the Rayo Vallecano Equality Plan, "so that action is taken in defense of the dignity of some professionals who continue to demonstrate it day by day".

The AFE has also issued a statement to condemn the coach's words: "We understand that these are comments that cannot be tolerated when we talk about a coach who has been hired to direct the destinies of a women's team. AFE condemns any type of speech or such behavior, whether directed at both men and women".

For his part, Carlos Santino has released a statement in which he apologizes for the message. "I want to publicly record my deep regret for the unfortunate, and in very bad taste, unforgivable macho joke," says the coach, who recalls that the message occurred in the private sphere four years ago. "Sometimes one makes comments without bad intention but when one listens to them one says: this is unpresentable".

Santino thanks Rayo Vallecano for having accepted his explanations and his apologies for an audio that "in no way reflects my way of being or my values" and which, he stresses, he regrets and feels ashamed of. That attitude of understanding, he assures him, is preventing him from "collapsing as a human being." The coach emphasizes that he does not have a criminal record of any kind and that he has spent fifteen years training young footballers "in an irreproachable manner".

"For this reason, I beg and beg all public opinion to try to grant me the forgiveness that Rayo Vallecano has already granted me so as not to be destroyed as a human being," says Santino. The team has kept the coach in his position.