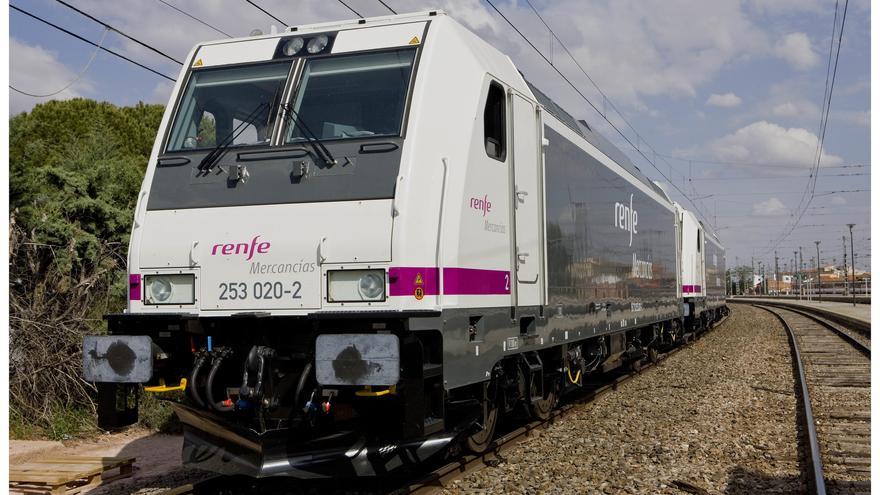 The train is the most sustainable means of public transport, with all the advantages that it entails, among others, saving external costs, increasing the use of electricity of certified renewable origin and with zero carbon emission, or others such as lower accidents, minimum local pollution or reduction of urban congestion.

In 2019, Renfe bought 2.5 Twh of green electricity (with Guarantee of Origin certificates), for the traction power of all its electric vehicles, which represents 80% of the traffic carried out by the Operator. This has made Renfe the first final consumer of renewable energy in Spain (with more than 2.6% of the total renewable electrical energy consumed in the country) and will allow the reduction of more than 7 million tons of CO2 until 2030 in the whole of the railway network on which it operates.

The measure, which has made a decisive contribution to saving costs due to externalities, is especially significant with regard to the transport of goods whose Renfe share intends to increase from the current 4% to 18% of the European share . Thus, in 2019, freight transport on the trains operated by Renfe contributed to the savings of 350 million euros in external costs for society, which represents an increase in savings of 92 million compared to the previous year.

The most positive thing is that this saving has had to do precisely with the use of electricity from certified renewable sources, which has meant that carbon emissions decreased by 53% compared to 2018, around 8.51 grams per ton-kilometer (TKm ). Specifically, the emission of one million tons of CO2 was avoided, as well as the consumption of 500,000 toxic equivalents (Teq) of oil, for all of which the company leaves a carbon footprint between 5 and 10 times lower than other land transport operators.

Measures taken in the future

In the same line of responsibility for sustainability, Renfe Operadora is executing, in conjunction with Adif and Adif Alta Velocidad, a Master Plan for the Fight for Energy Efficiency and against Climate Change with effect from 2018 to 2030, based on four strategic lines: energy management, total decarbonisation, energy efficiency through efficient driving and a culture of energy sustainability.

For example, when buying green electrical energy, the reduction of more than seven million tons of CO2 is expected until 2030 in the whole of the railway network on which Renfe operates. Diesel is being replaced by cleaner energies (Liquefied Natural Gas) or free of local pollution and greenhouse effect (Hydrogen cell). Also interesting is the use of regenerative braking, a technology for generating energy by the motor in the braking process, which allows some trains to return to the network between 6 and 10% of the energy in High Speed ​​and up to 40% in Cercanías.

And in the fleet renewal trains will include Intelligent Management Systems for renewal air flows, with which half the energy is consumed; and they will use newly conceived refrigerant fluids with a lower global warning potential (GWP), that is, less global warming potential, which are more respectful of the environment. They will also have anticaloric systems, with solar control sheets and dimmable and intelligent LED interior lighting with energy saving forecasts of over 75% in these systems.

True to all sustainable proposals

Continuing with its fight against climate change, Renfe also recently joined the Spanish Green Growth Group (GECV) association, reaffirming its commitment to the Sustainable Development Goal of generating and strengthening alliances for Sustainability, in this case with companies. that lead the Green Economy of Spain.

Among other initiatives, the company has joined the Urban Mobility Challenge (Retro de Movilidad Urbana) to promote sustainable mobility among its customers and employees, prioritizing the use of low-emission means of transport in urban movements (on foot, by bicycle , scooter, public transport or shared car). The idea is based on the fact that, using a mobile application and a web platform, the kilometers traveled by each participating company can be counted and CO2 emissions calculated in order to later include it in a general classification of companies.

The measures are added to the set of those adopted by Renfe which, since the signing of the Kyoto protocol in 1990, has reduced its unit footprint by 88.3%, making it the smallest carbon footprint of all the large European railway companies , with which it shares its commitment to reduce CO2 emissions by 55% by 2030.