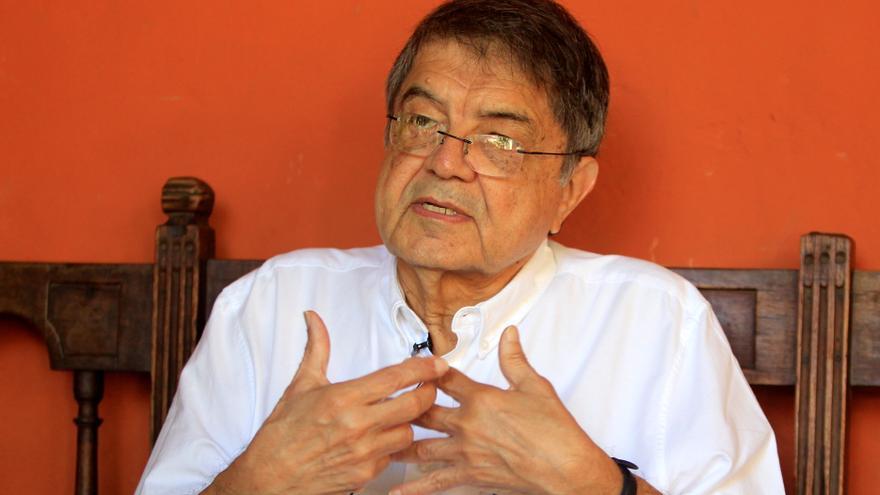 Madrid, Sep 11 (EFE) .- The Royal Spanish Academy (RAE) has issued a statement this Saturday in which it protests "with all energy" for the arrest warrant issued by the Nicaraguan Prosecutor's Office against the writer Sergio Ramírez and demands " the immediate lifting of the measures taken against our admired colleague. "

The RAE, of which Ramírez is a member, defends that "freedom of thought and expression as the first values ​​of any system of coexistence and regrets the serious attempt to curtail them to avoid free debate on opinions and ideas."

"Words must be used freely by everyone; avoiding the free expression of all kinds of opinions, especially those of political content, is the most intolerable form of arbitrary exercise of power because it leads to the oppression of citizens for the exclusive benefit of the prevailing ones ", adds the note.

Ramírez, who was also a former vice president during the first Sandinista government between 1979 and 1990, is now one of the most critical voices against Nicaraguan President Daniel Ortega, a fact that has led the Prosecutor's Office of that country to accuse him of " carry out acts that encourage and incite hatred and violence. "

He has also been accused of having received, through the Luisa Mercado Foundation that he directs, money from the Violeta Barrios de Chamorro Foundation, "whose main members of its Board of Directors are accused of conducting misappropriation, money laundering, property and assets, "says the Prosecutor's Office.