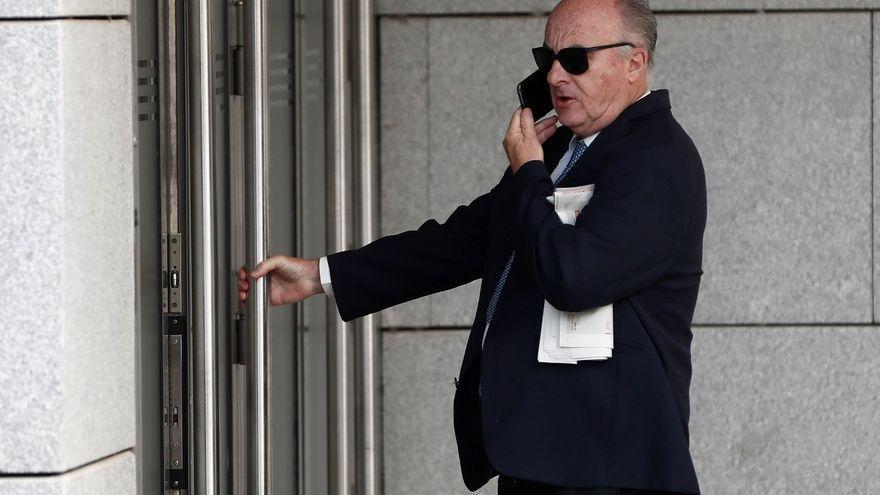 The judge of the National Court Manuel García Castellón refuses to depart from the piece of the Punic case that affects El Corte Inglés as had requested the popular accusation that Adade and the PSOE play. In a resolution to which elDiario.es has had access, the magistrate emphasizes that "there is no conflict of interest" due to the fact of practicing as a teacher at the Ramón Areces Foundation, belonging to and dependent on the department store group. In addition, he recalls that the General Council of the Judiciary (CGPJ) examined and recognized his “compatibility” to carry out this work while he is the head of an investigative court in the National Court.

Adade and the PSOE had asked the magistrate to depart from the piece of the case that affects the company, considering that it benefited from the changes introduced in the General Plan for Urban Planning (PGOU) of the town of Valdemoro, epicenter of the network investigated. Last March the Criminal Chamber corrected the instructor, who had declared the facts related to the 2004 PGOU prescribed and rejected the proceedings presented by the Anticorruption Prosecutor and the popular accusation.

El Corte Inglés, or its different company names such as Induyco or Hipercor, has owned, since 1973, the farms known as El Majuelo Norte, of more than 16,000 square meters, declared rustic in 1999 and converted to developable in the PGOU of 2004. Before the requalification, the Valdemoro City Council agreed with the company a swap for which he kept the area in exchange for 188,775 square meters in a polygon where El Corte Inglés installed a logistics center. Anticorruption believes that Valdemoro lost seven million due to the irregularities of the 2004 plan and that it stopped entering another 60 in capital gains.

The document presented by the popular accusation for García-Castellón to depart from that piece wielded: “From the documentation in the case, it is proven that the changes introduced by said Plan, very directly affected the real estate interests of El Corte Inglés and of various members of its management staff. In fact, the modifications in the Plan allowed the installation of one of the main logistical headquarters of the INDUYCO Company and its different company names ”.

And he added: "Without sowing the slightest doubt about the professionalism of his honor, but since the classes he teaches make him dependent on one of the beneficiaries of the process of change of the PGOU of Valdemoro in 2004, we consider that it would be advisable that before Doubts about the impartiality that this causes his honor raised his abstention in everything that affects or could affect El Corte Inglés, its managers and employees. "

In his car, the judge highlights the “poor solvency” of the argument with which he intends to “set aside” and highlights the fact that neither the popular accusation nor the Prosecutor's Office have valued using the legal instrument of recusal. "No cause of abstention and / or recusal is identified (...) and it is limited to affirming that this magistrate has been granted by the permanent commission of the CGPJ the compatibility for his judicial position with the practice of teaching as an online tutor in the Ramón Areces University Center as the only reason to support that the instructor deviates from the knowledge of the matter ”, he maintains.

In addition, he recalls that neither the Ramón Areces Foundation nor the legal entity El Corte Inglés are the subject of investigation in this separate piece, so “there is no conflict of interest in teaching whose compatibility was examined and recognized by the highest body of Government of the Judiciary ".

The popular accusation had asked the magistrate in February to cite the former legal adviser of El Corte Inglés, Faustino José Soriano, for his alleged participation in the alleged fix, which occurred while Francisco Granados was mayor of Valdemoro. The magistrate rejected this and other measures, considering that the facts were prescribed after more than 15 years had elapsed. The accusations appealed to the Criminal Chamber and the Fourth Section resolved that the filing of the complaint for the Punic case of the Prosecutor's Office in 2014 interrupted the statute of limitations.

This issue opened a gap between the judge in the case and the prosecutors. The magistrate warned them that the measures requested - later authorized by the Criminal Chamber - were of such a "generic" nature that "they could give rise to a kind of general prospecting" that was "incompatible with the purposes of the investigation" . The prosecutors responded by ugly the instructor, having declared the facts prescribed "in a generic and imprecise way" and through an "incongruous" action that left the case in a situation of "total legal insecurity".

One of the proceedings that the judge rejected and that then authorized the Criminal Chamber was the summons from the former legal adviser of El Corte Inglés, Faustino José Soriano, for his alleged participation in the alleged rigging, which occurred while Francisco Granados was mayor of Valdemoro. In his brief, the judge points out that "the only minimally relevant circumstance that is adduced as the basis of the petition" of the popular prosecution is the summons of Soriano as an investigated person, although he stresses that "he has no link or relationship" with him and that there is an “evident disconnection” between the conduct of this respondent, El Corte Inglés and himself.

"The summons of this person is agreed for his alleged participation in a concerted urban development operation between certain positions of the Valdemoro City Council and a private urban development company, an operation in which he may have obtained an illicit enrichment for his favor, according to the public prosecutor even by the part that now interests the abstention, extremes these that at the present time do not pass of a mere suspicion and that will have to be object of investigation ”, says about the ex-legal adviser of the department store chain.

Precisely the lawyer for the popular prosecution denounced this Friday for threats to Soriano before the Police. "Let's see if something happens to you," says the lawyer who told her after her statement was suspended again at the National Court, claimed by Adade. The defendant's lawyer says that it is "radically false" that he threatened the lawyer.