The government’s bubble of optimism has been punctured by the National Institute of Statistics (INE).
Strong growth in the second quarter was not such, and the situation now looks more like a rebound than a recovery. And then, with a GDP revision of almost two points down for a quarter, the effect is immediately transferred to the annual figure. Not to mention a 6.5% rebound what the Government predicts for this year; the sources consulted suggest that the reduction could reach one point of GDP, which is equivalent to up to 11,000 million euros less.

1.1% qoq. A figure that represents a drastic cut compared to what was provided in July in advance, which was 2.8%. Now they are 1.7 points less that derail all the calculations and messages transmitted to date.

The Executive has insisted that the GDP it will increase 6.5% this year and does not change its projections despite the INE’s hack. Instead, economists argue that maintaining that figure is possible. Gregorio Izquierdo, general director of the IEE, maintains that this greatly conditions the government’s picture and that it would have to be revised downwards. But not only that, since the 2022 Budgets are assembled according to these projections, so that next year’s accounts would be born dead from the beginning because they did not adjust to a feasible growth. 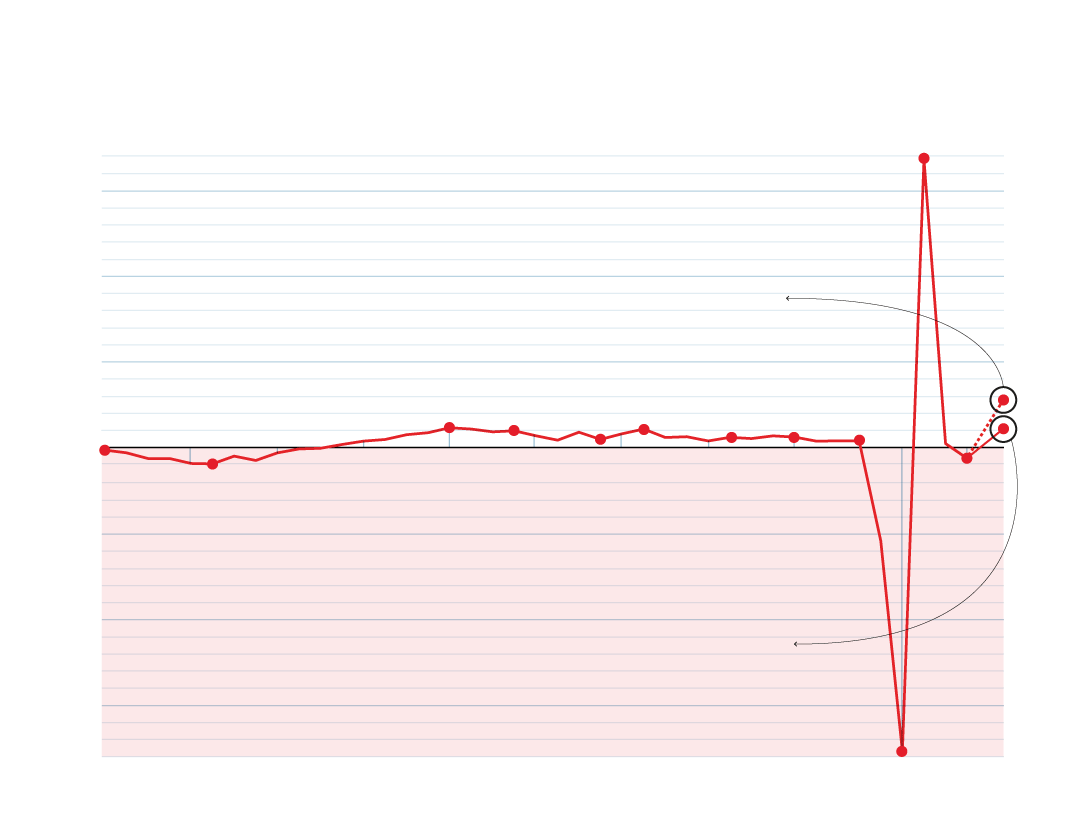 María Jesús Fernández, a senior economist at Funcas, puts figures on the disaster, because not only the second quarter has been revised but also the first, which is down 0.6%. This calculates that, if the forecasts for the third and fourth quarters are maintained, the impact of this reduction of the INE will be around one point of GDP in the annual statistics; Even so, this indicates that it would make sense for part of the rebound that did not occur between April and June to have been transferred to the summer months, so if the growth of the third and fourth quarters is reviewed, the effect on the annual indicator it would be up to four tenths. Be that as it may, the blow will mean that the economy will stop recovering this year up to 11,000 million euros.

Esteve Sanromà, Professor of Economics at the University of Barcelona and researcher at the Barcelona Institute of Economics, confirms that INE reviews are not usually so bulky. In fact, this is historical, although Statistics excuses itself with the fact that the leading indicator only had data until May and now more and better information is available. Specifically, he remarks that the reduction “has been particularly influenced by the updating of the information on sales of large companies and corporate SMEs due to the incorporation of the definitive data from the sales and employment statistics.” In the Statistics accounts, the downward revision of domestic consumption and exports has weighed, as well as a greater weight of imports.

«There has been a very clear overestimation of the Spanish recovery», states Lorenzo Bernaldo de Quirós, who emphasizes one aspect: «There is a very relevant data, which has set the trend: the contraction of investment. It is the very clear result that the expectations of businessmen are much more negative than those discounted by the Government.