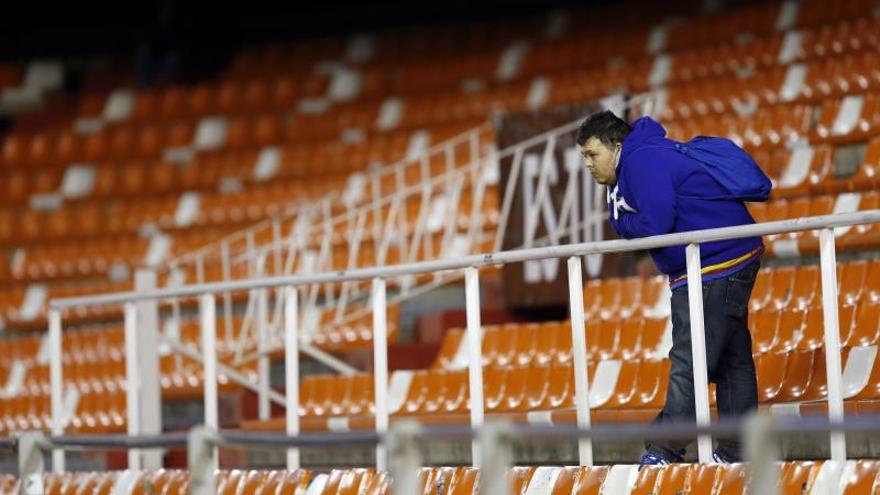 Fans will be able to return to some LaLiga football and ACB basketball matches after more than a year of closed doors in stadiums as prevention against the COVID-19 crisis. It was announced by the Minister of Culture and Sports, José Manuel Rodríguez Uribes, and the Minister of Health, Carolina Darias. They can do it with “criteria based on prudence, good sense and health experts”, but “it is good news,” said Uribes. The ministers have decided it jointly after meeting with the president of both LaLiga (Javier Tebas) and the ACB (Antonio Martín). There are two days of soccer league and several of basketball and “we want the public to come back” for them, “with guarantees, caution and moderation.”

The decision is that, the territories that are at low risk of contagion, may have 30% of public capacity, with a ceiling of 5,000 people per stadium. That is, those with less than 50 cases per 100,000 inhabitants according to the ‘traffic light’ of the Ministry of Health that also takes other indicators such as ICU occupation in the region. The return of the spectators will be a “progressive” process. In June, in La Cartuja, in Seville, the Spanish National Team, if the situation in Andalusia allows it, will be able to play with up to 16,000 spectators, which represents a 25% capacity. It should culminate in August, when the new league begins, if all goes well “in the most optimal conditions” and “as normal as possible.” Health and Sports have drawn up a protocol and ask the clubs for “collaboration” and the “support” of the fans, especially on the last day, so that the celebrations of the winning team are not out of step with the rules.

“The epidemiological situation in our country is totally different” from a few months ago, Carolina Darias said, and they wanted to present this as a sign of a return to normality and also as “recognition of the places where things are well.” Currently, there are 173 cases of COVID-19 per 100,000 residents. But the situation “is not homogeneous.” The only community with an incidence below 50, the condition for the return of the public, is currently the Valencian Community, 32 cases. Also Ceuta, 30. Murcia has 62, the Balearic Islands 66, Asturias 87 and Galicia just over 90. So “other territories could join,” he commented, if their epidemiological situation improves during these next few days.

The first division matches that are assured with the public are Valencia-Eibar and Villarreal-Sevilla this coming weekend. The following day, with the current parameters, Elche-Athletic de Bilbao and Levante-Cádiz. Rodríguez Uribes has mentioned Celta de Vigo-Betis as a possibility, because “Galicia is at the gates.”

The first rule agreed in the stadiums is that only local public can attend, to avoid displacements. The distance of 1.5 meters “left and right and front and back” must also be guaranteed. The stadiums will be sectoralized so that the entrances and exits are made in a staggered manner. You may not smoke, eat, or drink, with the only exception of water. It will have to be accessed with an FPP2 mask, and the temperature of all people will be taken. “It is a good news, expected”, has valued Darias. “Either we did it already, or it didn’t happen,” Rodríguez Uribes explained about the deliberation now, because there are only two soccer league games left, therefore one for the first leg and the other for the return. “They are not all the games but it is a step” and a sign that the Government “has listened to La Liga and the fans,” according to Uribes.