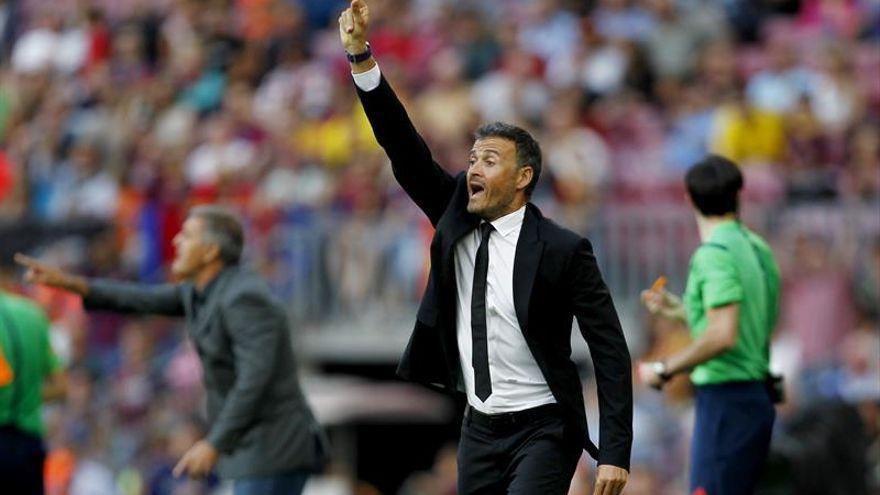 We will have to wait for the return match to decide on the vaccination of the Spanish men's soccer team. The Ministry of Health had taken the issue of the team's priority vaccination to the Public Health Commission, following a request from the Ministry of Culture and Sports at the request of the Royal Spanish Football Federation. But the body, which is made up of directors of Public Health from all the communities and the Ministry, has not ruled on the issue, confirms Health to elDiario.es. The meeting took place less than a week before the National Team officially debuts at the Eurocup, next Monday.

Vaccination in Spain is considered by age, since advanced age is considered the highest risk factor, and the National Team players are all under 40 years old, therefore, it would not be their turn yet. If approved, it would be an exception. It has been valued, as explained in Health, in the same way that it was valued to vaccinate athletes who go to the Olympic and Paralympic Games in Tokyo. Although on that occasion it was prepared "more in advance", and its vaccination was announced at the beginning of May.

UEFA, organizer of the European Championship, does not oblige countries to have their teams vaccinated for the tournament. The International Olympic Committee either, but, following an agreement with Pfizer / BioNTech, it made its own doses available to athletes. In the case of the Selection, which are 23 summoned, they would be vaccinated with doses that belong to Spain. According to the page of the Ministry of Health on vaccines, all vaccines take effect at least 7 days after inoculation of the second dose. Therefore, even if they had been put on this Tuesday, the players would not debut next Monday fully protected against severe COVID-19, although the first dose does grant some immunity. It has also been shown that vaccines prevent passing the infection in an acute way, but not the contagion, so they do not avoid preventive quarantines if there has been a contact. At first, players were asked to be named Janssen, but for now it is not indicated for their age, so that option was initially ruled out.

The Ministry of Culture and Sports sent a letter with the request that the Ministry of Health received last Friday. The news came out yesterday Monday, after the positive for COVID-19 of the team captain, Sergio Busquets, who has forced to rethink some plans of the competition, because some of his teammates are close contacts. The team also travels in a "bubble", and the injection would not cancel the quarantine that they should do if there are positives. At the moment, the women's field hockey team is also competing at the European level, and in two weeks the Spanish women's team will also compete in the European Basketball team. Culture points out to this newspaper that they have many requests from many other federations, but for now only the Olympians and the National Team enter.

The Minister of Culture and Sports, José Manuel Rodríguez Uribes, this Tuesday justified this position on Cadena SER. "We have done it because we understand that they represent us and that the country as a whole understands that they are in the best conditions to compete at the maximum," he declared. The director of the Center for Coordination and Health Alerts, Fernando Simón, said yesterday at a press conference that in the campaign many factors must be "valued" and this "is not just any party and many interests are involved." there has been no consensus: In Comú Podem and Compromís they have criticized it, More Country has been in favor, and the PP has commented that it has been prepared with little time.

In Spain, vaccination against COVID-19 is by age, from older to younger. They already have a dose almost 100% of those over 60, the complete guideline about 100% of those of 70 and more than 50% of those of 50. The communities now begin with the 40-50 range, although it is not complete the 50-60. "The main priority of the Strategy is to extend vaccination and progressively vaccinate the descending age cohorts with a higher risk of hospitalization, admission to the ICU and death", because age is the greatest risk factor for suffering from the disease , it reads in the national vaccination strategy, which is updated by the Ministry, the communities and external experts. Nursing professionals have set records in recent days, putting more than 460,000 punctures every 24 hours.

Exceptions have been made with the Olympians and the Paralympics, and with the social health workers, who were the first, together with the users of residences, to receive doses, in January; with some essential workers (teachers, military, police, firefighters) under 60, when for safety reasons it was decided not to vaccinate over 60 with AstraZeneca / Oxford; and with some 300,000 people with high risk pathologies.