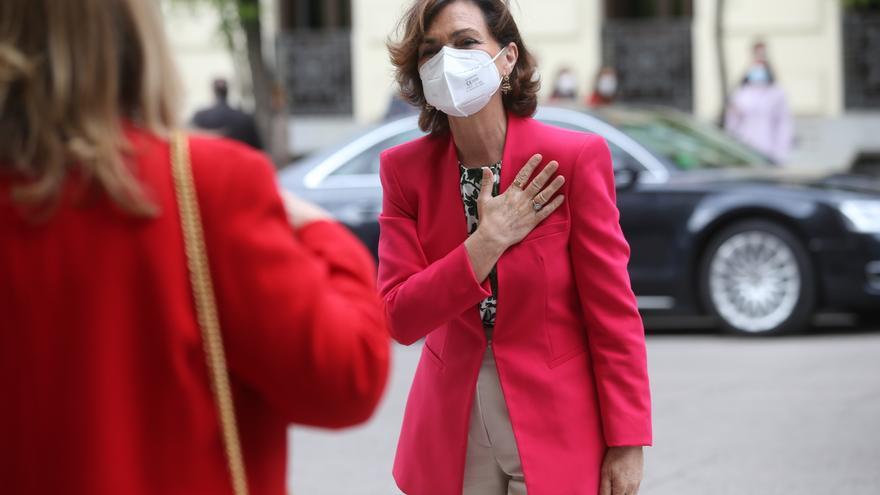 The PSOE “will facilitate” the admission for processing in Congress of the trans law that ERC, Más País and other parliamentary allies of the Government have promoted at the request of the groups given the delay within the Executive in promoting the Ministry’s regulations of Equality, which has the rejection of the socialists, who want to include some requirements for the legal change of sex. The socialist leadership assures that it will “facilitate” that Parliament processes this initiative, as Public has advanced and sources from the parliamentary group have confirmed to elDiario.es, but it does not clarify whether it will vote in favor or abstain. However, for the initiative to be admitted, the Socialists have to vote in favor given the rejection of PP and Vox, which have 140 seats.

Congress is debating this Tuesday the admission for processing of an initiative that bets on free gender self-determination in terms similar to those contained in the law of Irene Montero. The first vice president, Carmen Calvo, prevented its inclusion in the agenda of the Commission of Secretaries and Undersecretaries, the step prior to going to the Council of Ministers, given the discrepancies that the text raised to the Socialists. The PSOE, which has proposed to merge the LGTIBI and trans laws into one, argued that “legal guarantees” are required to change sex in the Civil Registry, such as the statement of a witness.

Trans law has been one of the disagreements within the coalition for months. The Ministry of Equality has proposed a wording based on the initiative promoted by the Socialists in 2017 that allows the change of sex without any requirement. But there is an important debate within the party and also within the feminist movement that has led the PSOE to change its position. Now it proposes that the change of sex in the Civil Registry be accompanied by some administrative requirement, such as the statement of a witness. That is what is being addressed with the collectives from the PSOE and negotiating within the coalition.

Given the delay in the approval of the regulations in the Council of Ministers, ERC, Compromís, Más País / Equo, CUP, Nueva Canarias and Junts registered in Parliament a proposed trans law at the request of the groups with practically the same text as the proposal of the Ministry of Equality. United We can have already announced that it will vote in favor of this initiative, as well as PNV and EH Bildu.

“The Government is working, as is known, in the commitment of legislation for LGTBI groups and I believe that we will have it relatively soon, within the framework of our constitutional system, obviously, in a country like ours that has particularly evolved in these matters. We have always been, and we have always been in the hands of governments – in previous moments socialist governments and now of a coalition government – reformists like ours and we will be up to par within the framework of our Constitution “, assured the last Wednesday Carmen Calvo during an appearance in Congress. “It seems to me that there is a proposal from other groups on the matter in the Chamber, and I think it is fine, because if there is movement in the Chamber and from the Government, we may also end up making a law that allows LGTBI groups to our country advance and protect, “he added.